The Housing Finance figures were released for February 2018 this week, reported as "Housing finance falls in February" (Australian), "Falls felt for February" (Rate City), and so on.

Interesting interpretations, given that housing finance was...well, up!

Anyway, having allowed a few days to elapse, here are four thoughts.

One less well reported thing that I picked up was the rise in the average loan size over the past year to non-first homebuyers. 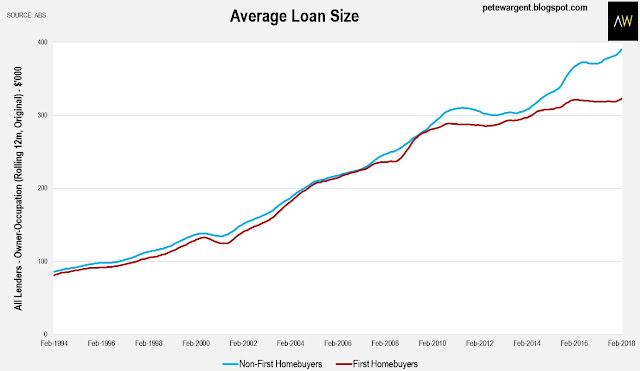 Across the states, Victoria has been the main driver of rising average loan sizes, although each of the most populous states has seen an increase over the year. 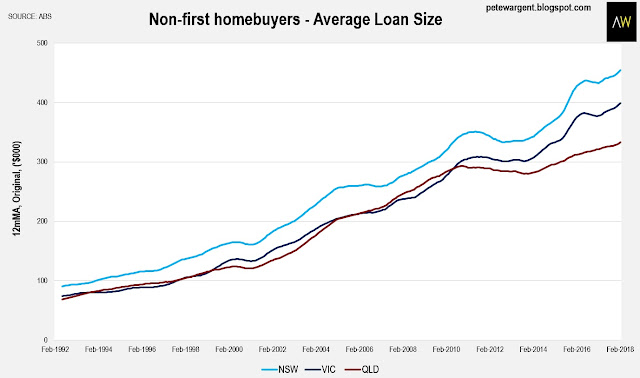 As a result, owner-occupier commitments rose +1.3 per cent in February, and investor loans were up +0.5 per cent, taking total housing finance to a 6-month high of $33.52 billion.

Drilling the trendlines through the data shows that total housing finance has essentially been flat for 15 months now, while a fair chunk of refinancing has been in evidence within that total. 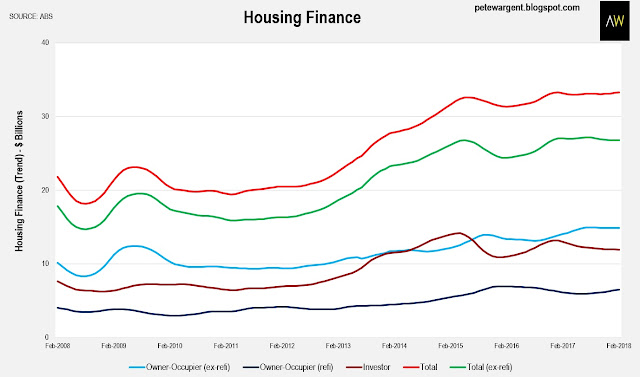 Another notable trend was that first homebuyer loans were up by a third from a year earlier, driven by New South Wales, where the number of first homebuyers doubled from February 2017. 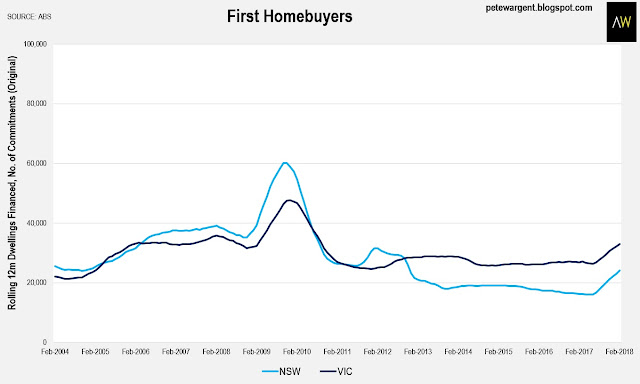 Homebuyer commitments for new dwellings rose by +6.6 per cent from a month earlier, but are now in a trend decline from 4-decade highs. 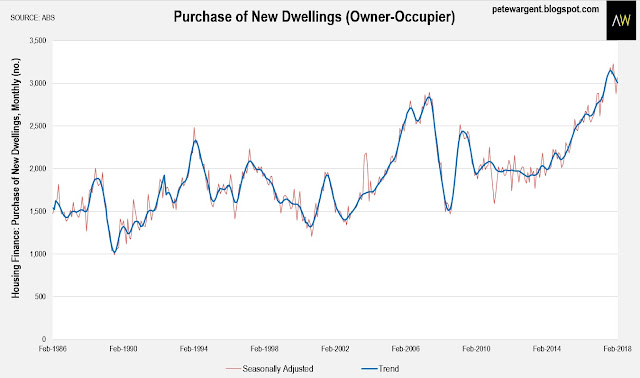 Thirdly, the trend result for non-bank lending declined in the month, and remains at only around half the peak levels of a decade ago, but will nevertheless remain a key point of interest as lending standards come into focus. 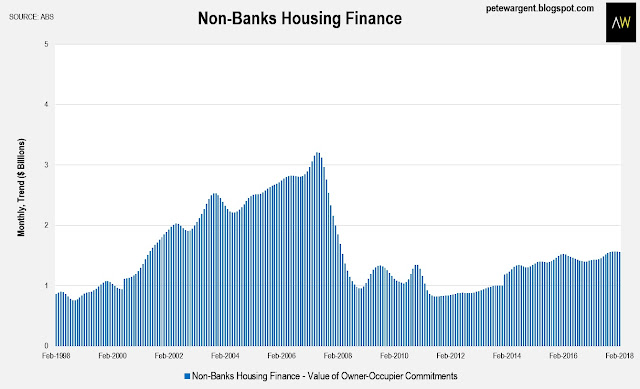 Overall housing finance beat expectations despite a small decline in the actual number of home loans.

The Reserve Bank of Australia (RBA) noted in its Financial Stability Review that an average of $120 billion of interest-only loans per annum are due for conversion between now and 2021.

Nothing unknown there, though some people misread that as $480 billion of loans that will convert to principal repayments, which isn't going to happen.

Elsewhere, Moody's reported 30+ day delinquencies at 1.45 per cent, down from 1.52 per cent a year earlier, despite some trouble spots including Gladstone, central Queensland, some suburbs of Perth, and other parts of Western Australia.

A final point, and a key outcome to watch over the days and weeks ahead is the impact of the Royal Commission into banking misconduct.

It seems that borrowers will now be required to be provide statements on all debts, a loophole closure which appears likely to be a wise move.

However, there could be some overreach in terms of brokers needing to audit bank statements to support declared living expenses broken down by category, the aim being to reduce the typical reliance on benchmarks.

There are many problem with this, not least that borrowers tend to have multiple bank accounts and credit cards these days with different banks.

Certainly private banking clients and affluent borrowers have never been subjected to such scrutiny, which may lead to some interesting discussions!

Given that loans are already being assessed at mortgage rates way in excess of the rate actually being paid, it seems like overkill.

If implemented forcefully this will slow the mortgage market and reduce transaction volumes as brokers and borrowers get to grips with the new requirements.

Mortgage brokers would presumably also need to consider switching to a fee-for-service model to compensate for the exponential increase in paperwork and compliance.

Regulators in the UK went through their own mortgage market review (MMR) in 2014 which ultimately lowered the risk of borrowers over-stretching and made the industry more professional.

The MMR also temporarily gummed up the lending market, so we'll have to see what plays out Down Under. 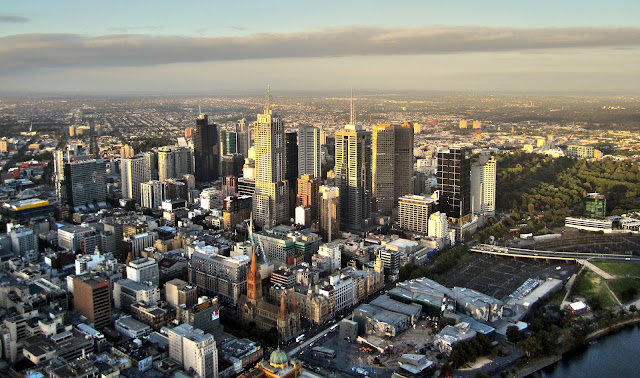