Are migrants taking all the jobs?

Inside Story's Tim Colebatch revisited a pet theme last week - immigration - in particular citing the following snippet from a Treasury report Shaping a Nation (a report which was intended to highlight the benefits of immigration), with his own comment added beneath:

'"Recent migrants accounted for two-thirds (64.5 per cent) of the approximately 850,000 net jobs created in the past five years.

Let those numbers sink in. Almost two-thirds of all jobs created in the past five years have gone to recent migrants, leaving just over a third for Australian jobseekers.'

Colebatch went on to disparage the report as 'typical...sloppiness'.

On the face of it, quite surprising numbers.

As incumbent Australians age then they tend to retire out the workforce, while the ABS arrivals & departures figures show that a surprisingly significant number of Australians opt to move or live overseas too.

Meanwhile the immigrant population is deliberately skewed towards those of working age, creating a strong population increase at the working age, particularly in the 25 to 32 age bracket, as I've noted previously.

In fact, in 2015-16 some 84 per cent of migrants were aged under 40, delivering a strapping demographic dividend, slowing the ageing of the workforce, and more than reversing a potential 2.1 per cent fall in the participation rate relative to the year 2000 (instead increasing it by 1.4 per cent). 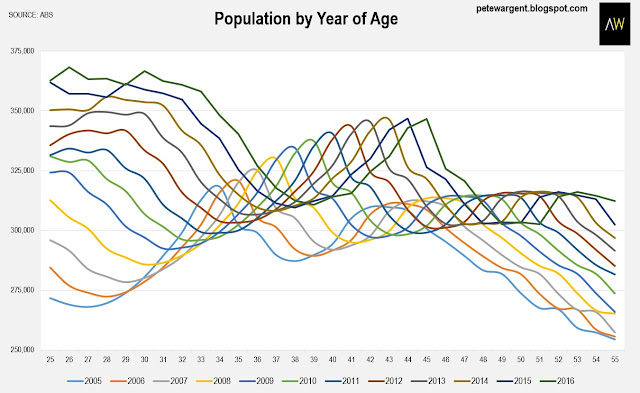 On a net basis, therefore, and as intended, recent migrants account for a two-thirds share of the net growth in employment, which is the planned benefit the Treasury was highlighting.

Colebatch insinuates that two-thirds of jobs created have 'gone' to recent migrants, 'leaving' only one third for Australian jobseekers.

However, the Treasury figures are calculated on a net basis.

This is a subtle but critical difference.

The truth is jobs vacancies have torn higher from a miserable 133,800 at the post-resources boom nadir of November 2013 to an all-time record high of 220,800 at the last count, a thumping increase of +59 per cent.

Thus it would be false to say that there are few opportunities available for Australian jobseekers.

In fact, there have never been more open positions than there are today. 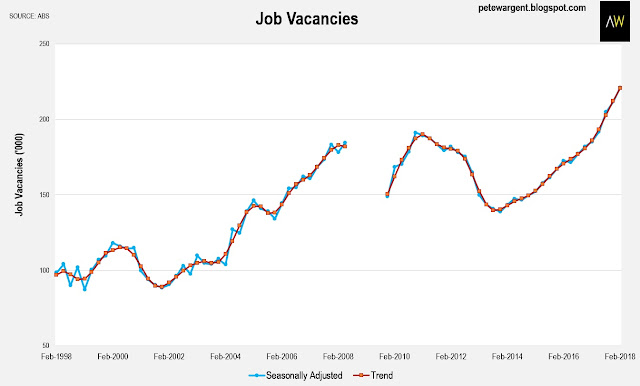 Now you might justifiably say that there need to be more job openings due to the labour force being larger that it was a decade ago, and that would indeed be a fair cop.

But even as a share of the labour force, job vacancies have never been higher than they are now, and the good news is that in time this should be reflected in a lower unemployment rate. 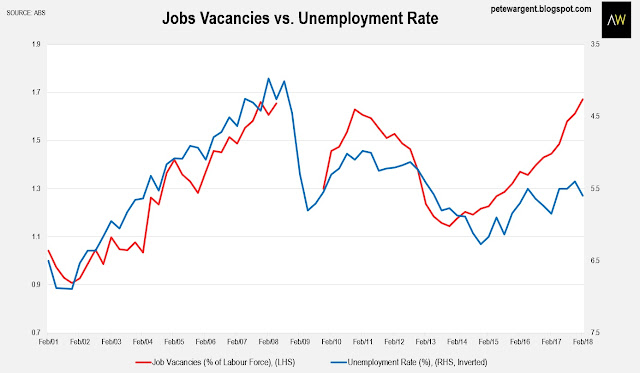 Now don't get me wrong, Australia's unemployment rate has been too high at 5½ per cent, and like many others I've been banging that drum for a long time, including here nearly a year ago.

Research by the BIS intended to prove that more debt inevitably causes banking crises proved to be sketchy and inconclusive at best.

What matters, of course, is the quality of debt, and the structure of the economy and workforce that supports it - I debated the subject as it relates to Australia with one of the leading researchers at the BIS just before Christmas in London.

The latest inflation figures are due out on Tuesday, with the market median forecast suggesting that there will be yet another downside miss.

Revisiting old ground here, perhaps, but with APRA having tightened mortgage lending standards substantially over the past few years - as anyone familiar with the mortgage industry will testify - perhaps monetary policy should be targeting full employment instead of phantom financial stability goalposts?

If young Australian jobseekers have been sacrificed anywhere it's been on the altar of financial stability and underwhelming political policies.

It's hardly because migrants have taken all the jobs. 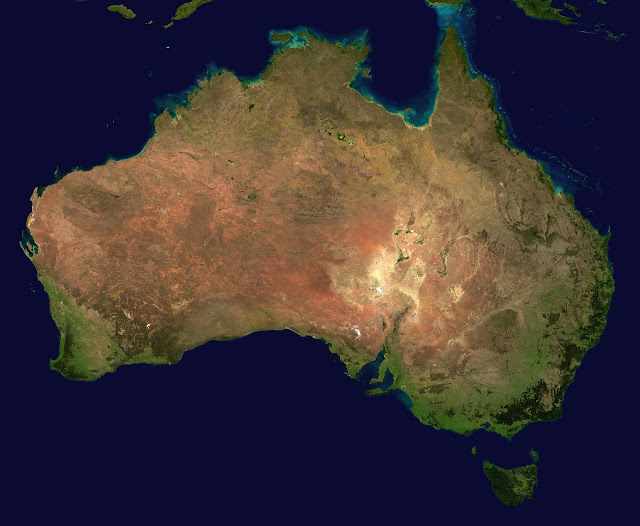