How are we growing?

81 per cent of the growth Australia's estimated resident population in FY2017 was experienced in the capital cities.

And more than 70 per cent of it was in Sydney, Melbourne, and Brisbane alone.

Melbourne had the highest population growth in the national at just over +125,400.

The chart below shows how Sydney's annual population growth increased to a record high for the harbour city of +101,600, despite losing -18,100 to other pastures.

The reason, was very high net overseas migration into Sydney at +87,400.

You can click the image below to enlarge it. 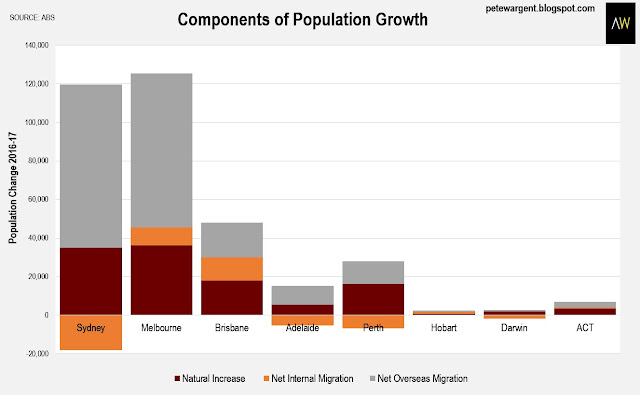 Some of those internal migrants are heading away from Sydney to regional New South Wales, and some to Melbourne.

But as you can see via the orange bars in the graphic above, the city that is attracting the most internal migrants on a net basis is now Brisbane.

Only two financial years earlier, Brisbane's annual population growth had slowed to around +37,000, broadly representing a cyclical nadir for the Queensland capital.

But population growth has accelerated by some +30 per cent over the past two financial years, and is set to continue increasing further as more migrants arrive from interstate.

Many will be bringing equity north from Sydney. 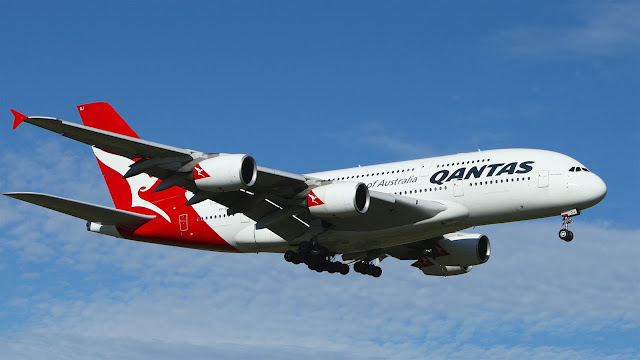