Return of the Hunter!

Although Sydney has a record number of apartments under construction, the rising number of completions through this cycle to date has generally been absorbed by faster population growth.

The vacancy rate for metropolitan Sydney declined from 2.3 per cent to 2.2 per cent in March 2018, according to the latest REINSW data.

Inner ring Sydney recorded a vacancy rate of just 1.9 per per cent - and that figure has been tracking lower for quite a few months now, down from 2.3 per cent in July last year.

However, there have been some signs of rising vacancy rates in the middle and outer rings at 2.6 per cent and 2.3 per cent respectively.

Smoothing the figures on a 6-month moving average basis shows the trends. 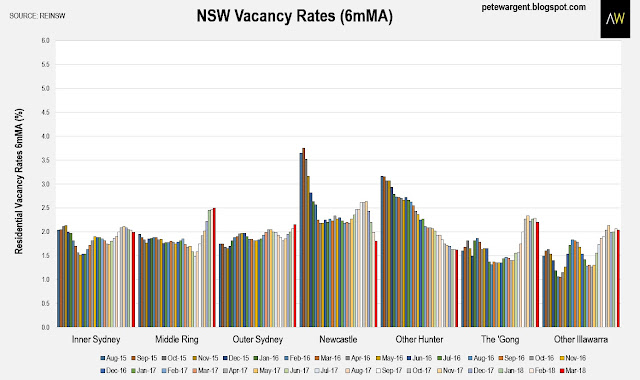 It's interesting to note that Newcastle and the Hunter Valley have seen vacancy rates tightening substantially since the coal bust of 2012.

Further afield most regional markets are relatively in balance from a rental market perspective.

The highest vacancy rate was in the Coffs Harbour region at 3.9 per cent. 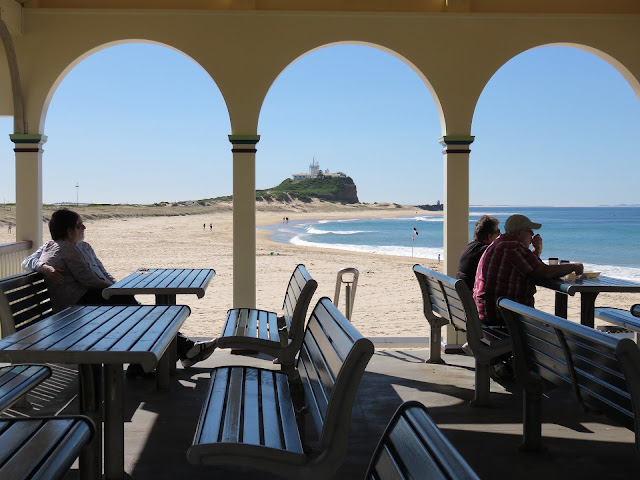