Deficit in best nick for 9 years

Some startling Budget news in recent weeks, with the latest monthly statistics showing the balance blazing ahead of expectations.

As noted here previously there have been several drivers of this, including a revised record high employment growth of +431,000 over the year to January 2018, a timely surge in export prices, and an associated huge surge in company tax revenue.

Fairfax's Peter Martin reported that the rolling annual deficit had dropped to just A$14 billion, the lowest absolute level in about 9 years.

For some perspective, at the current rate of improvement - albeit that's not expected to continue, even by the most optimistic of observers - the Budget would be back to surplus within a year from now.

Why is this important?

Well, the improving tax take and budget balance are important in their own right, of course, but more immediately because this dynamic may have created leeway for Treasurer Morrison to woo the electorate with income tax cuts.

And after a string of gloomy Newspoll results the Coalition needs all the support it can get right now ahead of a looming Federal election.

The more granular and generally ignored detailed labour force figures released at the back end of last week showed how the rebound of the Queensland economy has been one of the surprise drivers of employment growth over the past 12 months, helping to pump personal tax revenues higher. 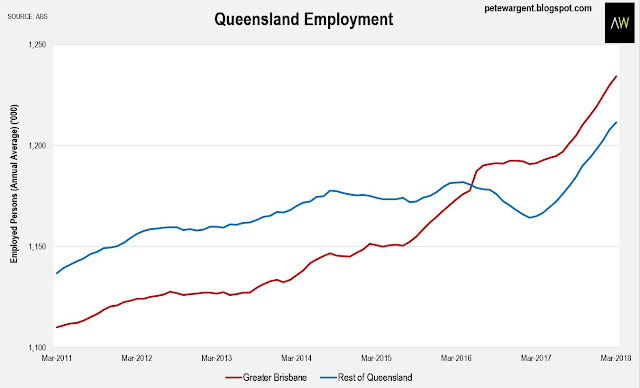 One of my favourite bellwethers for 'real' regional Queensland is to chat to folks in Townsville and Mackay about how their respective economies are travelling.

More fluoro vests at the airport tends to be another good sign, and the crunch and steady recovery is evident in the employment numbers. 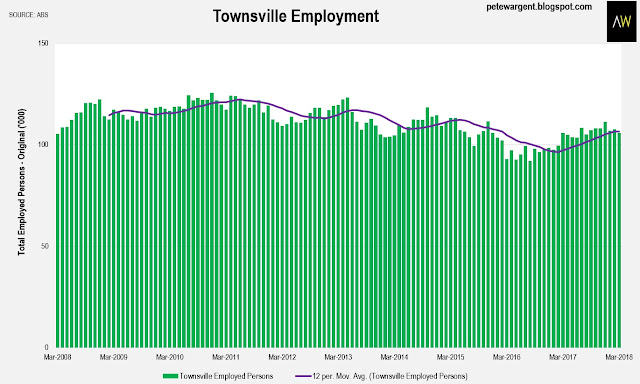 Conditions are clearly far better than they were, but a long way from boom, it would be fair to say.

Improved hiring has the twin benefit of reducing the number of unemployed persons, which is also a handy Budget saving.

Progress here hasn't been amazing by any stretch of the imagination, but it has at least been progress of sorts. 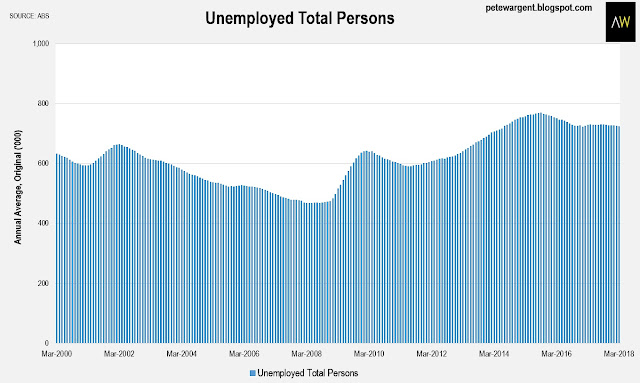 Employment trends have also been rather mixed across the country.

Greater Sydney's rolling annual unemployment rate continues to decline to 4½ per cent, the lowest in about a decade, which is great to see. 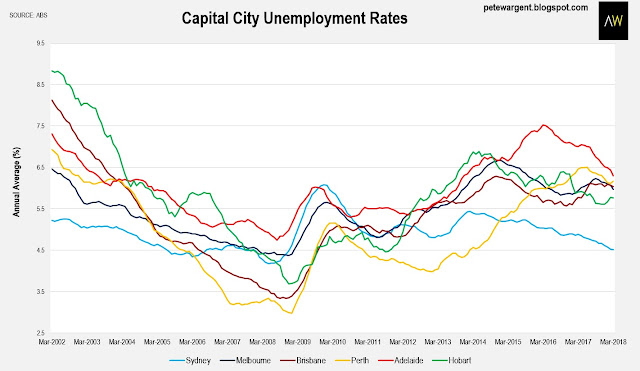 And after spiralling worryingly to 7½ per cent, the annual average unemployment rate in Greater Adelaide is also now improving fast, which is heartening indeed.

Elsewhere, there is plenty of labour force slack in most markets, and wages growth remains accordingly benign.

For whatever reason, very few people seem to care much about the detailed labour force numbers, but the evidence of a modest tightening in the labour force is there, for those who care to look, including a trend decline in underutilisation when assessed in volume measures.

Underutilisation volume measures take into account how many more hours of work unemployed and underemployed people are looking for.

In other words, plenty of Aussies want more work, but the amount of extra work they want is lower than it was in 2015.

Figures relating to the median duration of job search have only recorded a modest improvement to date, partly because more people are coming back into the labour force as the outlook brightened. 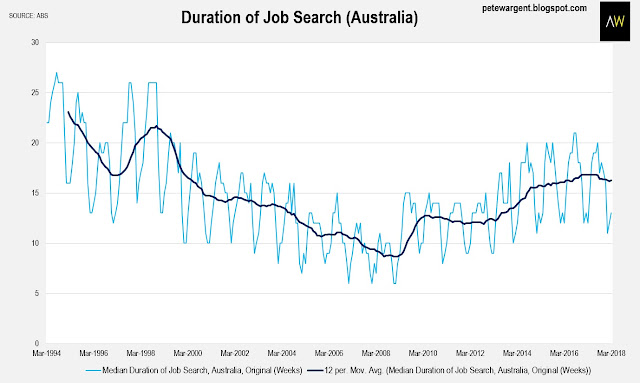 The figures at the city level can be skewed by factors such as a mismatch of available skills, but generally show that the average jobseeker is faring best in Sydney and then Melbourne. 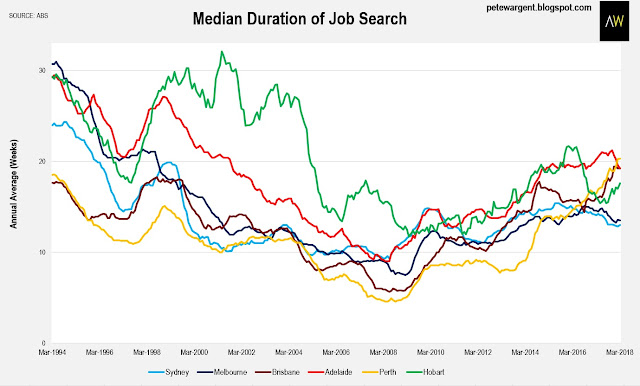 In Perth, on the other hand, the median duration of job search has increased substantially from effectively nada in 2008, and this is being reflected in higher 90 days past due home loan delinquency rates in Western Australia, as reported by ANZ earlier this morning.

You can see this has happened why clearly enough - the labour market in Perth is seasonal, but through the year it can take much longer than 90 days on average to find a new job. 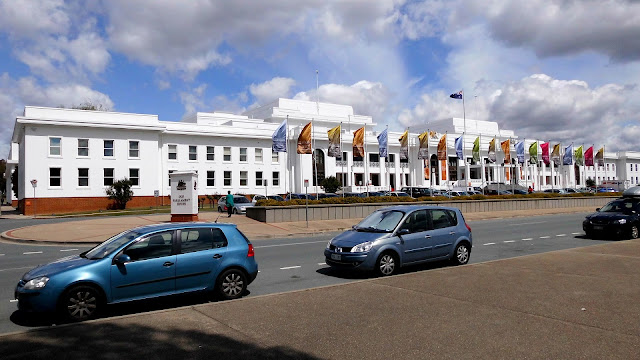