Australia's economy has added a very impressive +525,900 jobs on a net basis since September 2016, but the dream run was over by March 2018, with only a small increase recorded in the month and a revised drop reported for February.

Very hard to look at this chart with rose-tinted spectacles for 2018! 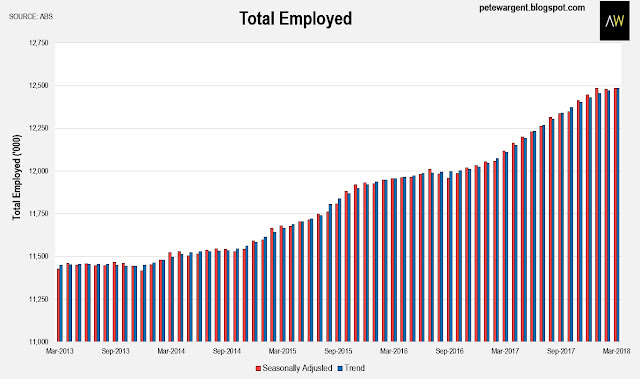 After a spectacular run it's no surprise that New South Wales has hit a leaner patch, while South Australia recorded a net employment loss of -6,100 for the month, as the local economy struggles to gain traction, possibly with some flow-through to suppliers of the now shuttered auto assembly industry. 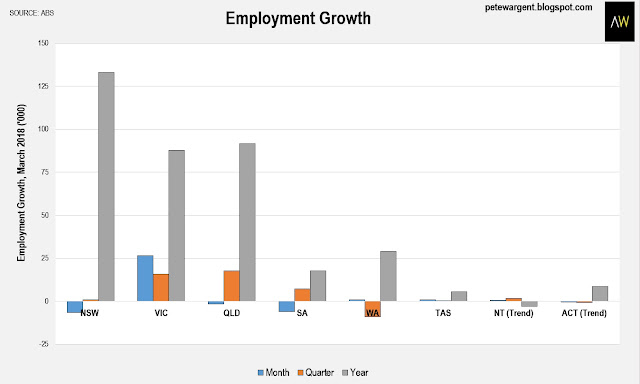 Over the past quarter employment growth was overwhelmingly driven by Queensland (+17,800) and Victoria (+15,900).

On a trend basis over the past year Queensland recorded by far and away the strongest employment growth rate at +4.3 per cent, although New South Wales was also very strong at +3.6 per cent.

The participation rate in Australia has been tracking as high as we've ever seen, though it ticked down a notch to 65.5 per cent in March. 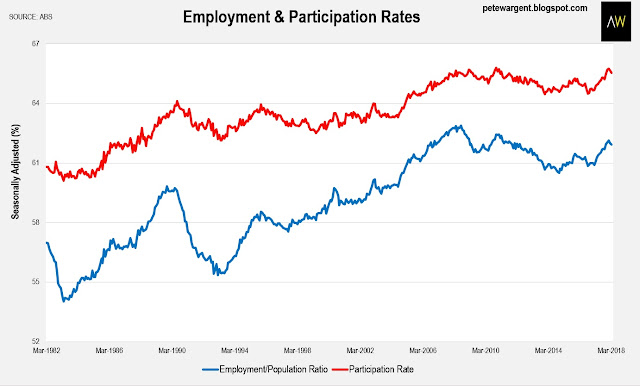 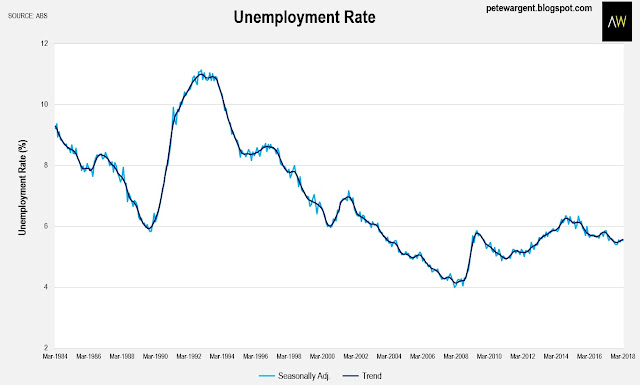 And while Sydney is now at or close to full employment, almost everywhere else there remains an abundance of slack in the labour force.

The seasonally adjusted unemployment rate in Western Australia leapt to 6.9 per cent in the month, though certain other indicators including the participation rate have been more positive. 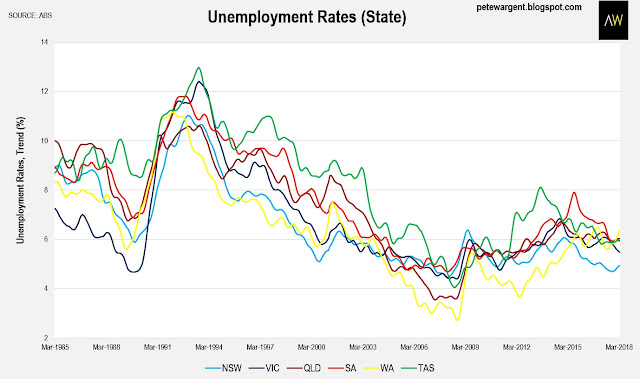 Finally, and perhaps the acid test, the trend annual growth in the number of hours worked is clearly now losing its way in slipping to +2.6 per cent. 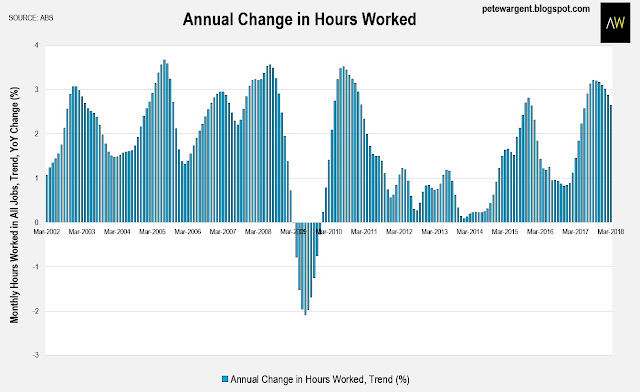 Not too many positives here overall, short-term bearish for the Aussie dollar and especially for wishful expectations of near-term adjustments to monetary policy. 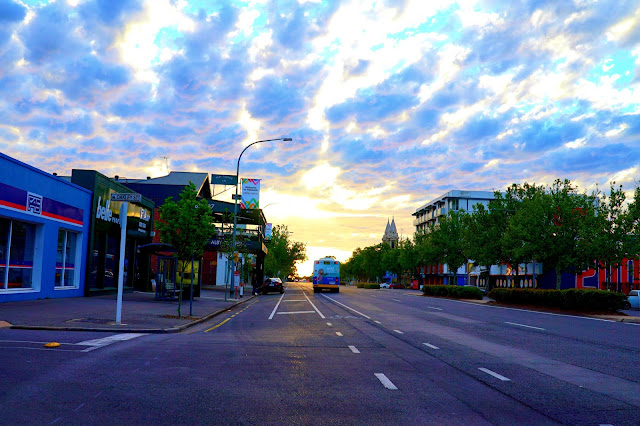