Year ahead (more of the same)

The RBA's Lowe spoke today on the year ahead, where the 'gentle turning point' for the Aussie economy was reiterated, and questions were fielded on fiscal policy, climate change denial, culture in financial services, meeting the unemployed, holidays (!)...

One minor additional insight ensued on fiscal policy, with perhaps a bit more flow in the post following the catastrophic bushfires.

In relevant data news, new car sales were 12.5 per cent lower than a year earlier in January, an early teaser for what looks like a potentially negative print for GDP in the first quarter of 2020 (although Lowe believes otherwise).

It was the worst start to a year for new vehicles sales since 2009, a period through which the Aussie population has increased by more than 4 million.

The outlook for consumption seems patchy, with more homeowners opting to pay down debt.

The AiG construction activity gauge remained mired deeply in contractionary territory, with everything except detached house building looking awful, and business confidence (Roy Morgan) is at the lowest level in 9 years.

The RBA's central forecast remains 'for the Australian economy to expand by 2¾ per cent over 2020 and 3 per cent the following year'.

And the unemployment rate is still expected 'to remain around its current level for a while yet, before declining below 5 per cent late next year as growth picks up'.

Hopefully I'm wrong, but this does seem to be an optimistic forecast for growth, though Lowe did make some valid points on the 'long and variable lags' of monetary policy.

Other countries have successfully pushed their unemployment rates down to 4 per cent or below.

Even New Zealand saw its unemployment rate drop to 4 per cent in the December quarter, NZ stats reported yesterday, and wages are rising, albeit with somewhat weaker underlying figures. 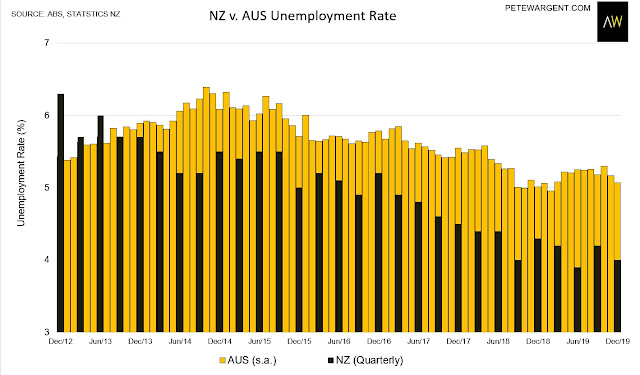 In short, interest rates will only be cut if unemployment is trending higher and progress isn't being made towards the inflation target.

As you were, then.

But with GDP growth looking flat to negative in early 2020, it may not be long before the same discussion is back on the agenda. 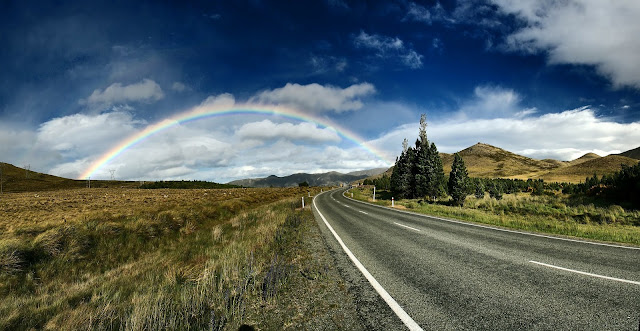