It's tough yakka for Sydney homebuyers this year - there are seemingly four times as many buyers as a year earlier, but 25 per cent less stock to choose from.

Although new listings picked up in January, Sydney recorded only 24,062 properties for sale, down from 31,993 a year earlier.

In Melbourne there were 31,058 properties for sale at the end of January, also well down from 35,395 a year earlier. 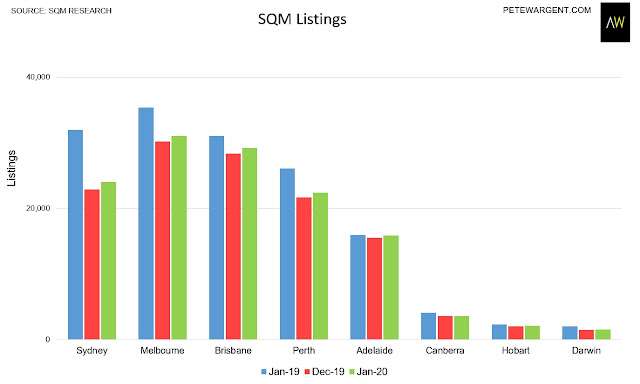 Sydney listings were down -24.8 per cent from January 2019, with all of the capital cities recording declines from a year earlier. 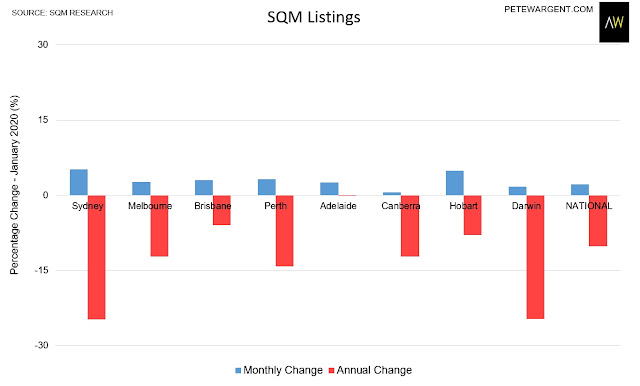 Light at the end of the tunnel

The Reserve Bank continued with its apparently endlessly upbeat assessment of the economy in today's MP decision, with unemployment expected to decline by 2021 and inflation expected to reach 2 per cent 'over the next couple of years'.

The cash rate was left on hold. 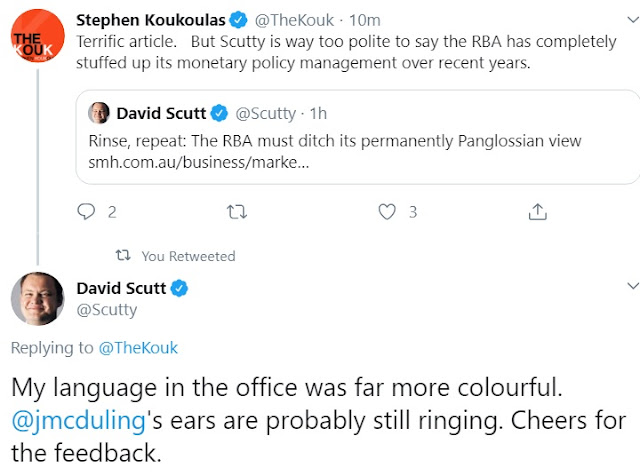 The Aussie dollar jumped on the outlook, to 67.2 US cents.

It's easy for me to sit around blogging and pontificating, of course - with no accountability - but I've often wondered over recent years why a stronger position isn't adopted (cf. we'll do whatever it takes...).

The problem with the current stance is that, generally speaking, people simply don't believe the upbeat rhetoric or that there’s a genuine commitment to hitting the inflation target. 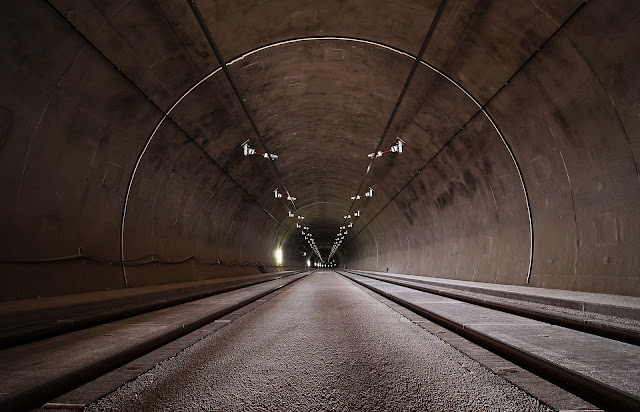