I don't know of a single obsever who believes that the unemployment rate is going to fall to below 5 per cent this year, let alone towards full employment, however low that might prove to be.

There was another soft result from SEEK's job ads series, down by 7 per cent over the year to January, and the labour force update for January was also distinctly underwhelming.

Employment increased by +13,500, as the annual growth in employment to decelerated further to +1.94 per cent. 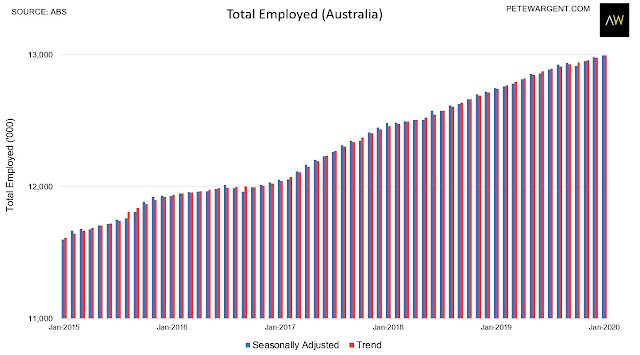 Part-time employment growth (+2.8 per cent) has continued to outstrip the growth in full-time positions (+1.7 per cent).


Employment growth remained solid in Victoria, to be up +91,000 over the year, with Queensland next up at +67,000, but New South Wales (+43,000) has clearly come off the boil, and there's all but nothing meaningful to speak of elsewhere. 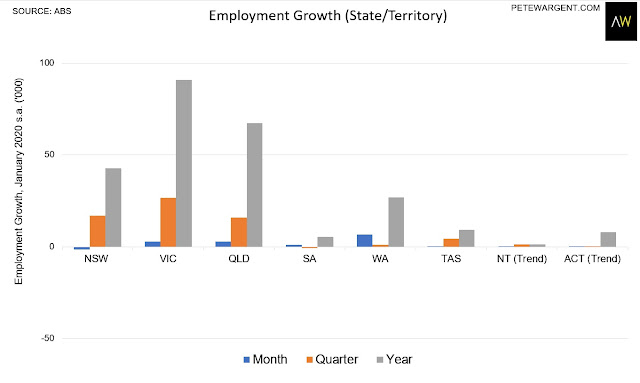 With the participation rate ticking back up a notch, the unemployment rate jumped from 5.09 per cent back up to 5.28 per cent in January, which was disappointing, if unsurprising. 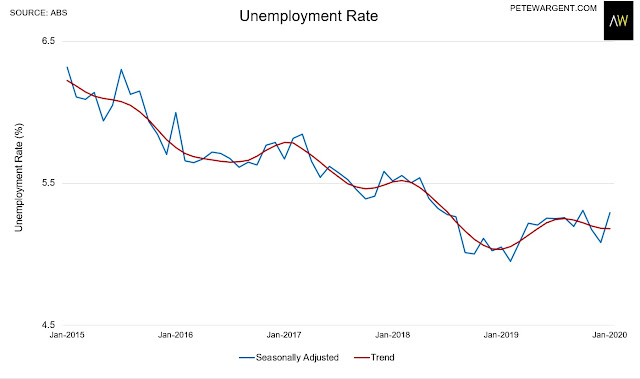 The disruption to the economy in January saw the unemployment rate in Victoria saw spike quickly to 5.4 per cent in seasonally adjusted terms, suggesting that far too much slack remains.

The smoother trend figures plotted below show only New South Wales (4½ per cent) as remotely sitting in the right postcode. 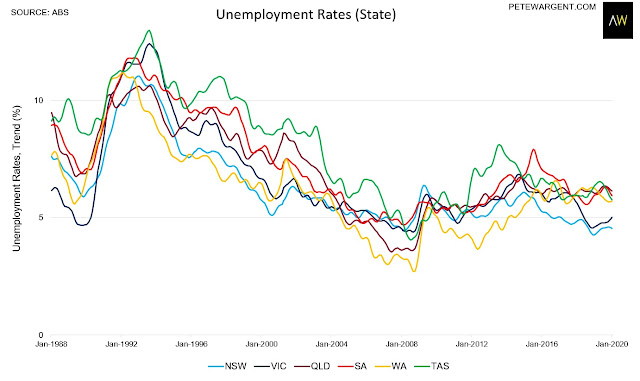 Finally, the trend result for monthly hours worked was just +1.3 per cent higher year-on-year, which is also a lacklustre read and well below the rate of employment growth. 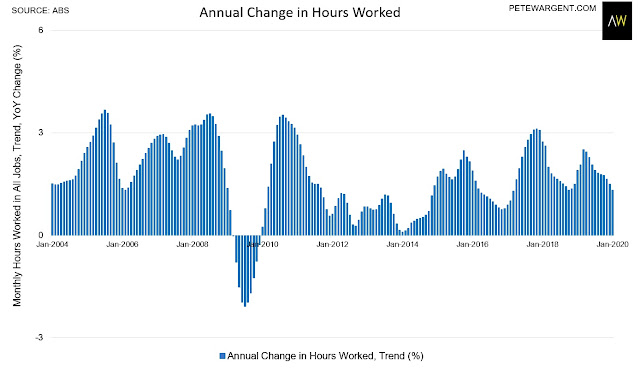 Overall, it wasn't a terrible report, but the widely predicted increase in spare capacity does appear to be playing out, with more of the same likely to be in the post as the Chinese travel ban persists throughout February and beyond.