December tends to be a quiet month for building approvals, and it was certainly that for unit approvals in Sydney (1,072) and Brisbane (194), where the long downtrend continues!

Brisbane's rental market will continue to tighten steadily on these numbers.

Melbourne saw a more sprightly 3,305 attached units approved in the month, driven by a fresh spate of high-rise towers, bolstering the national figures. 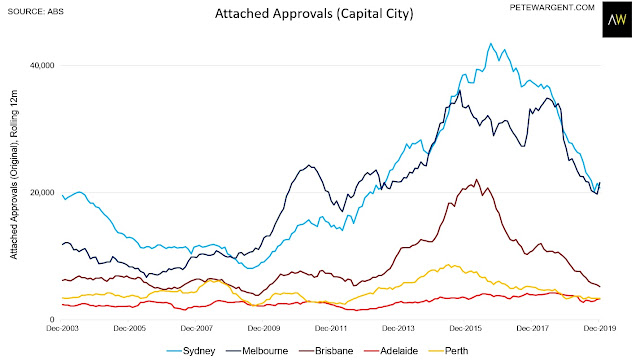 Detached house approvals have found a base in Melbourne and Brisbane, but this is not yet so in Sydney or Perth. 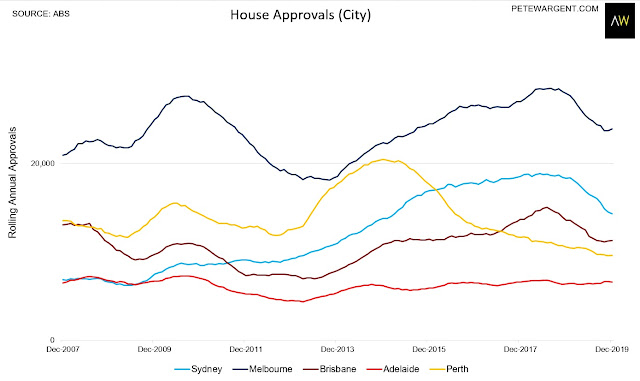 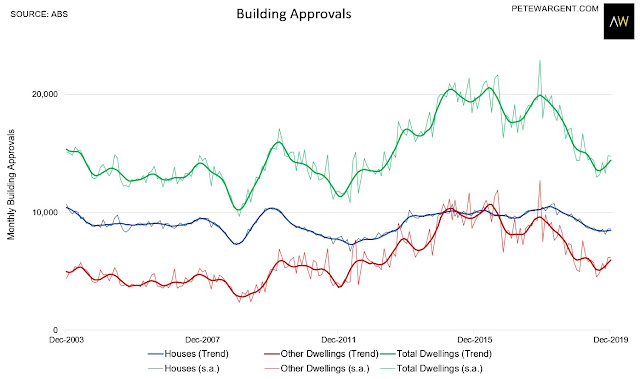 Although remaining below 2018 highs, the value of non-residential building approved has received a timely boost from the first tranche of the $1½ billion Footscray Hospital PPP rollout. 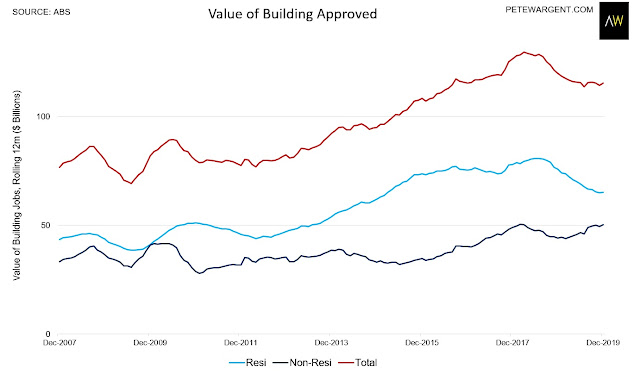 Overall, this wasn't too bad a result, mainly thanks to Melbourne - both for residential and non-residential approval - though it's rarely wise to read too much into a December result, given the seasonal adjustment mechanism, while external events in the early part of 2020 may disrupt momentum. 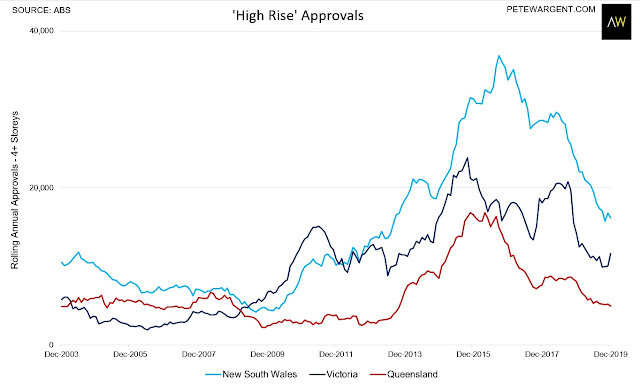 Despite the bounce for Melbourne, it seems logical that there will still be developer insolvencies in the post, given the sheer scale of the boom and downturn that has gone before.

ANZ job advertisements bounced, but were -11.8 per cent lower year-on-year in January. 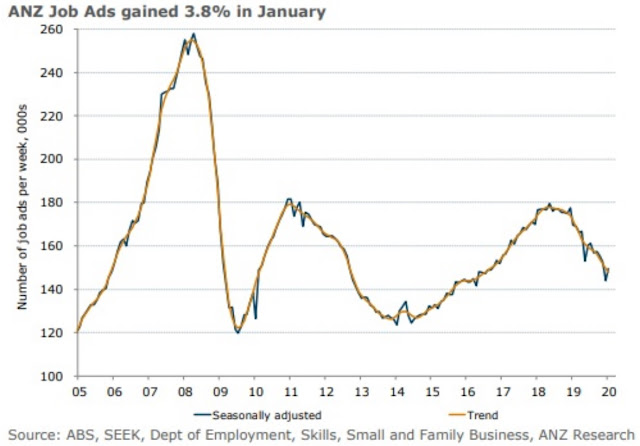 The OIS curve shifted lower over the weekend, and markets are now favouring pricing two interest rate cuts in 2020, with bond yields hitting fresh record lows on Monday, and even the 10-year running as low as 0.9 per cent. 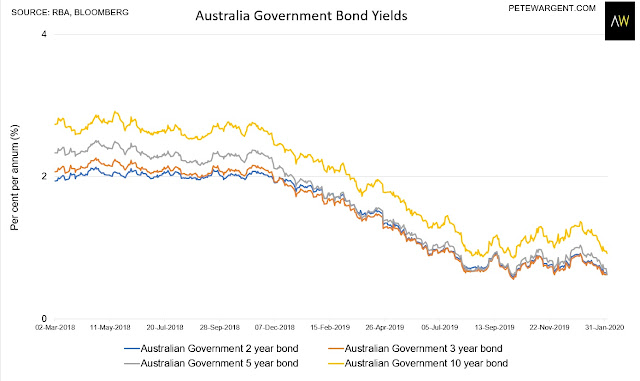 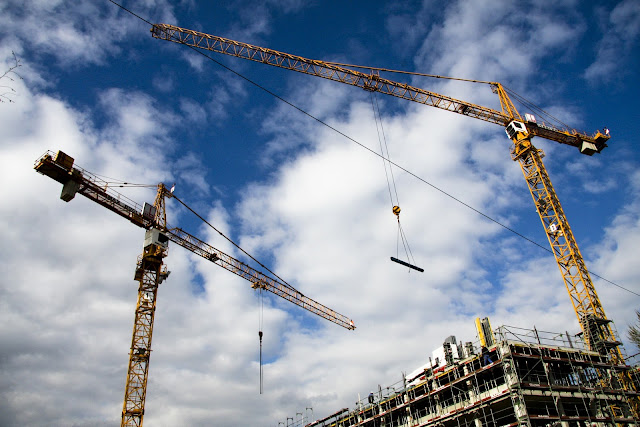