Property prices rose +0.9 per cent in January 2020 according to CoreLogic's figures.

Pick out your home city here: 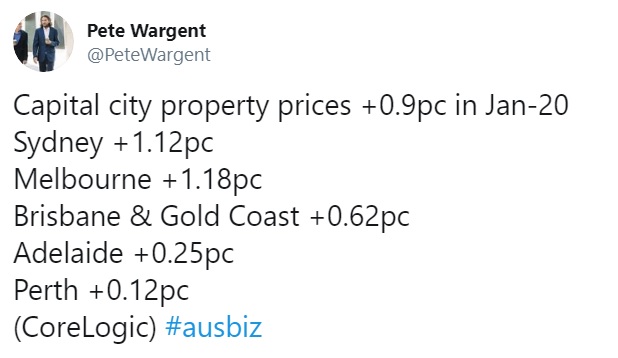 Since the election the rebound has been led by Sydney (+12 per cent) and Melbourne (+11 per cent), with Brisbane & Gold Coast recording steady gains. 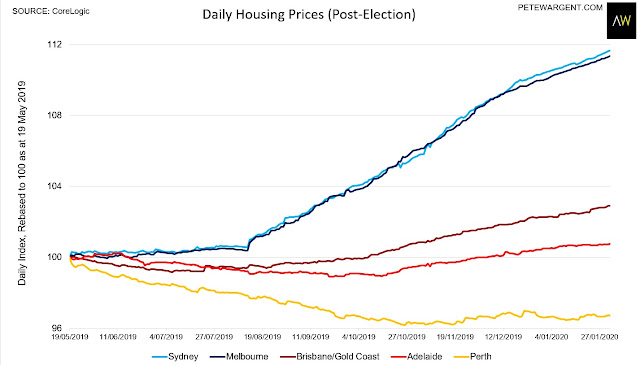 However, the stock of investor lending is tracking in negative territory year-on-year with rental growth at record lows, accounting for why futures markets see no impediment to further monetary easing.

Australia has now banned travel from China due to the virus outbreak, which will slice another big chunk out of the economy, especially from tourism and international students.

China accounts for the greatest number of short-term arrivals into Australia, and those arrivals also spend more than any other nationality when they're in the country.

There will also be a further chunk cut of growth from bushfires and the drought, so it's hard to see how the Reserve Bank can do anything other than slash its growth forecasts to just 2½ per cent, with consumer confidence falling.

The producer price figures for Q4 came in at just +0.3 per cent at final demand (and +1.4 over the year), a miss on expectations which confirms the abject lack of inflationary pressures.

The Reserve Bank meets on Tuesday this week, after the latest reading on building approvals, with retail and international trade figures out later in the week. 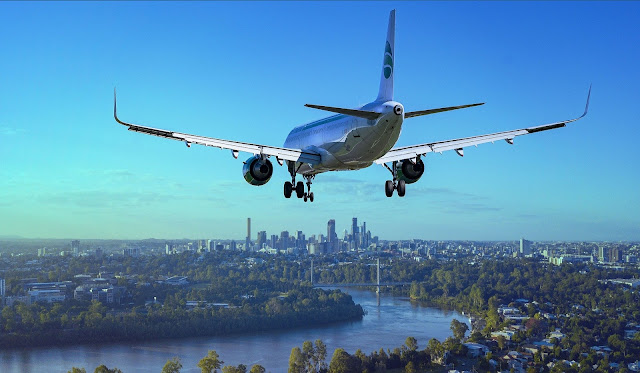