Some trend pointers for property investors

Through a prolonged period of high levels of immigration the workforce has clearly become more casualised, and there's been widespread underutilisation as well as wage theft.

On the other hand, the latest average weekly earnings figures show that there are still plenty of dollars sloshing around some parts of the economy.

Over the year to November 2019 there was +3.3 per cent growth in average weekly earnings, driven by solid +3.4 per cent growth for full-time employees in the private sector.

That's well ahead of the rate of inflation of about +1.8 per cent.

Full-time ordinary time earnings for males increased by +3.2 per cent, which is plenty better than some of the numbers we've seen for men in recent years (while the equivalent figure for females was robust at +3.5 per cent): 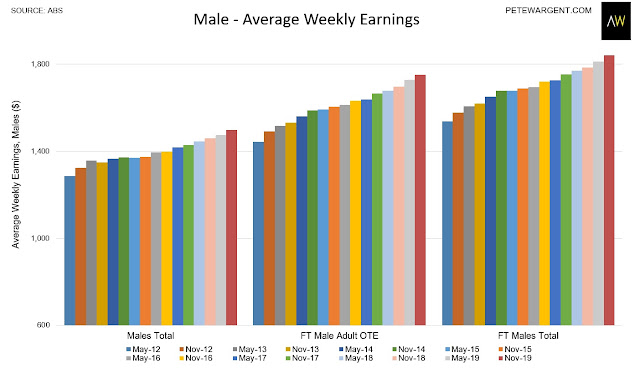 For average total male earnings there was very solid growth in Victoria (+5.5 per cent) in particular, as well as in New South Wales (+3.8 per cent).

In the mining boom glory years male workers drew in extremely strong rates of pay in the Top End - I even lived in Darwin myself for a short time - but those days have long gone, and many workers are leaving the Northern Territory as gravity and mean reversion take hold.

You can click on the below chart to see how male full-time total earnings have progressed over time by state and territory, with the impact of the end of the mining construction boom in evidence for the resources state figures: 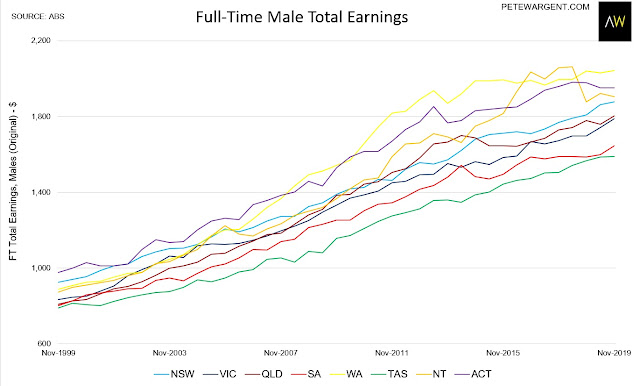 
Overall, average weekly earnings increased by +3.2 per cent over the year to November 2019 to a new high of $1,659, which was a stronger result than the +2.5 per cent seen a year earlier. 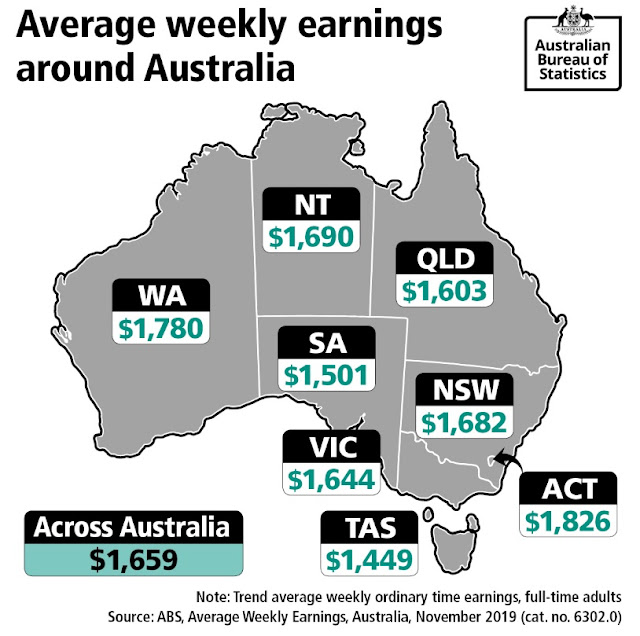 Thus while growth in the wage price index has been benign, it's clear that some earners and sectors have been faring reasonably well.

Higher income earners may include healthcare specialists, construction workers and project managers, engineers, and some of those in tech roles...especially employees based in Melbourne and Sydney. 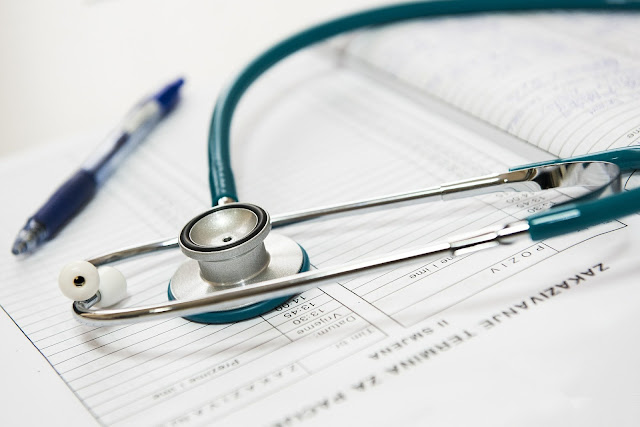