Somewhat disingenuously, you could try to spin this as a monthly increase in 'trend' terms, I guess... 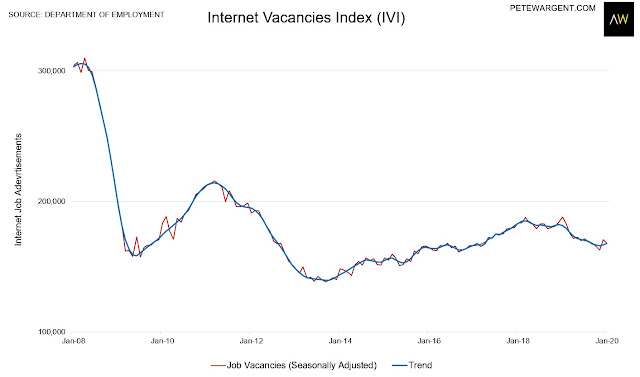 In New South Wales skilled vacancies were 14 per cent lower than a year earlier, and in Victoria ads were down by 9 per cent over the same time period.

The headline figures aren't nearly strong enough to point towards a tighter labour market, or an improvement in wages growth, although at least Western Australia saw a 5 per cent increase in advertisements. 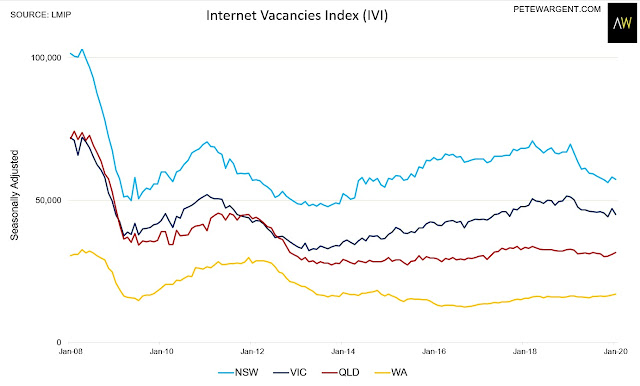 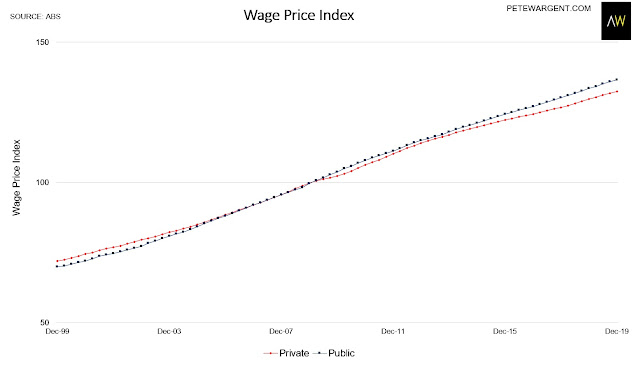 Victoria had been the shining light for potential income growth, but even here private sector wages growth is now slowing again as labour market slack persists. 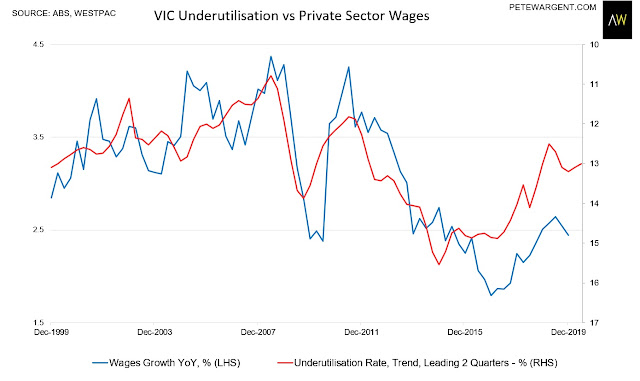 Despite this setback, wages growth was still 'fastest' in Victoria at 2.7 per cent over 2019, with Western Australia steadily improving but bringing up the rear at 1.7 per cent. 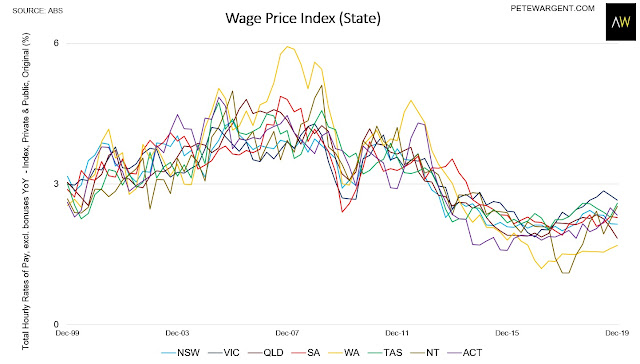 Overall, wages growth was already slowing to just 2.2 per cent late last year...and that's before the Chinese virus kicked in.

There hasn't been a worse annual result for a calendar year since the data series began in 1997. 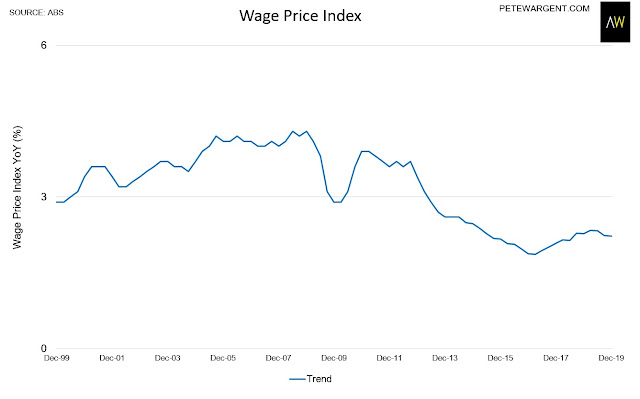 There was some wage price growth in healthcare (3.1 per cent) driven by NDIS funding, but otherwise it's a bit of a quagmire.

A period of slow wages growth was inevitable after the mining boom peaked, but that was 7 years ago now - more recently the economy has been running well below potential needlessly. 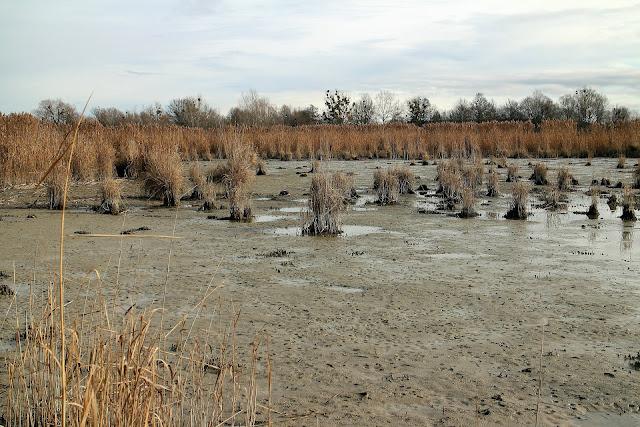