US jobs stronger than expected

A thumping +225,000 print for US nonfarm payrolls, easily beating expectations.

For various reasons this month's jump may not be a sustainable pace, but the 3-month average was solid indeed at +211,000.

It's now 9 years or 112 months since the US failed to add jobs in a month, shattering the previous record of 4 years or 48 months. 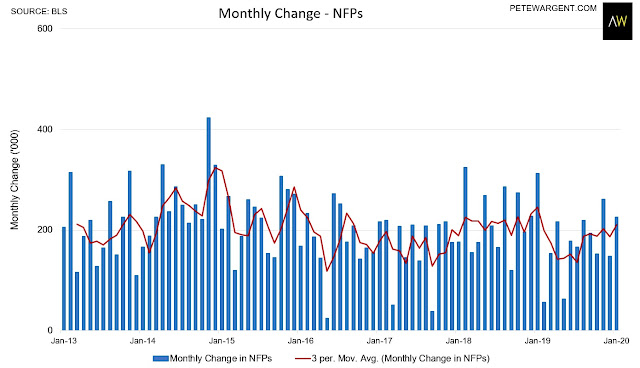 The US employment to population ratio hit an expansion high of 61.2 per cent, for the highest level since November 2008. 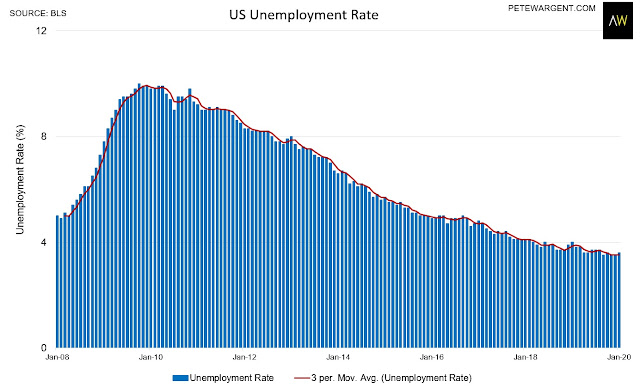 Annual average earnings growth increased to +3.1 per cent over the year, continuing to outpace inflation, as indeed we've seen over the past 7 years. 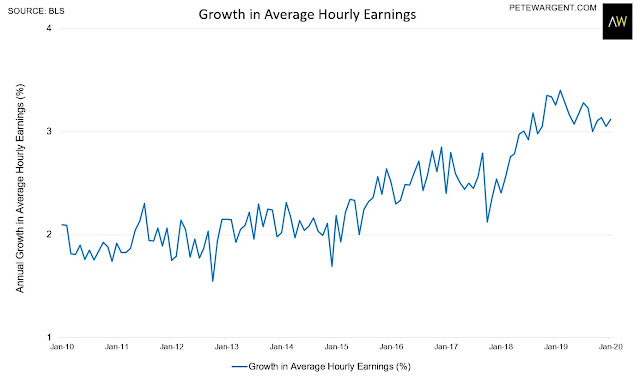 
Strong numbers, and I expect Trump will probably be re-elected in a cakewalk.

After an unprecedented 112 months of continuous expansion, many of us are looking over our collective shoulders for what will blow up the record run, especially given that there's more debt in the system these days.

There are still few signs that the coronavirus is getting under control in China, with hundreds of millions of Chinese reportedly in lockdown, and this could create liquidity issues for businesses with China exposure.

Yet there's now a general belief that the Fed will gladly inject liquidity even when interest rates remain above the zero lower bound, so stock market speculation continues apace.

The music's still playing, so the dancing continues (ideally a bit nearer the disco exit). 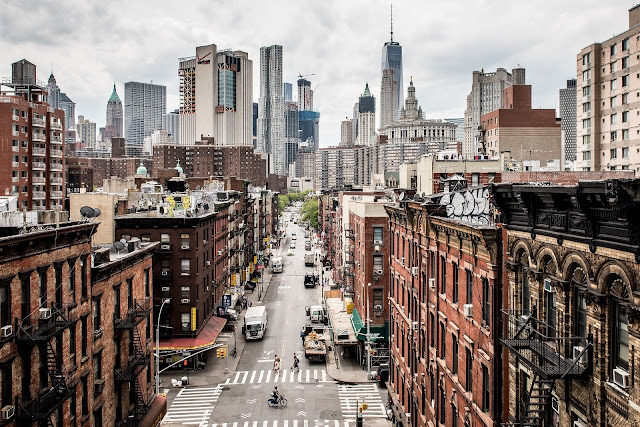