Retail turnover fell -0.5 per cent in a dismal December for shopping, although this followed the 1 per cent Black Friday spike in November retail sales. 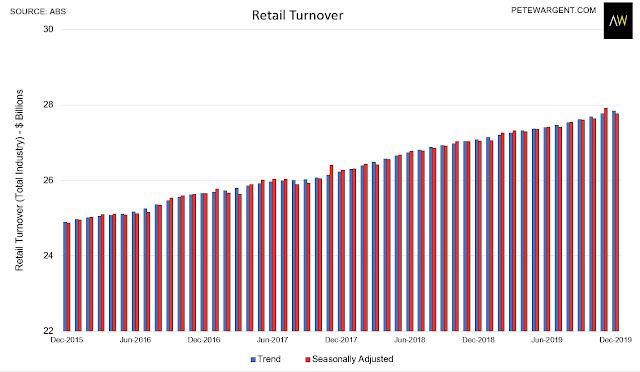 Allowing for the seasonal adjustment, which next year probably needs...adjusting...retail turnover was up by a modest 2.7 per cent over the year.

Population growth was about 1.5 per cent. 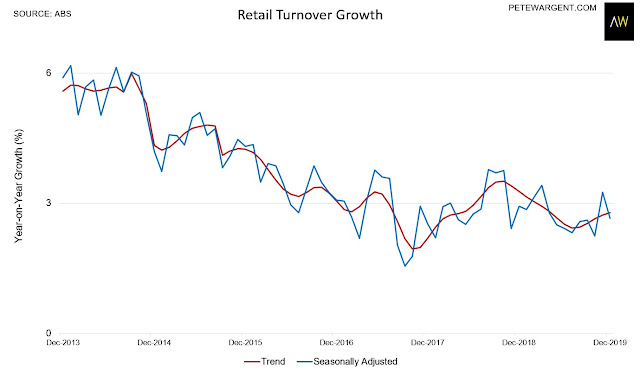 The monthly figures naturally look dire, especially for department stores (-2.8 per cent), and clothing and footwear (-1.5 per cent).

But the quarterly read is probably a better insight into consumer sentiment...which is to say, weak. 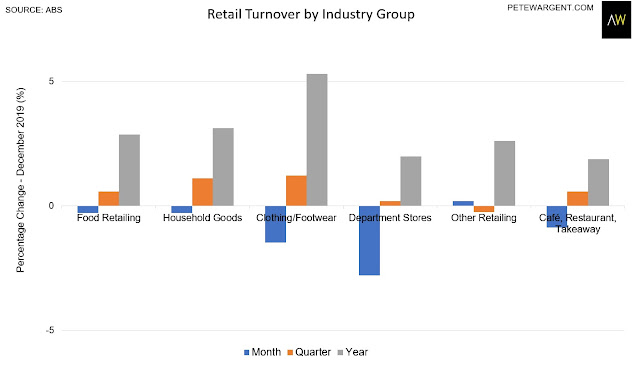 Volumes were up across the fourth quarter, recording a 0.5 per cent increase.

A detailed review of the retail figures can be found at the James Foster Macro View blog here.

Given the impacts of drought, catastrophic bushfires, and now the travel ban from China, it's quite possible that Australia is now in a mild recession (certainly in per capita terms, even if not in terms of headline GDP growth).

It also seems hard to imagine that the Chinese travel ban will be extended for too long without adverse consequences.

Yet even potential recessions don't necessarily trigger monetary easing these days, since the RBA is targeting household debt and asset prices.

Markets have priced out further central bank action until Q4 2020, with a 25bps cut priced in for November. 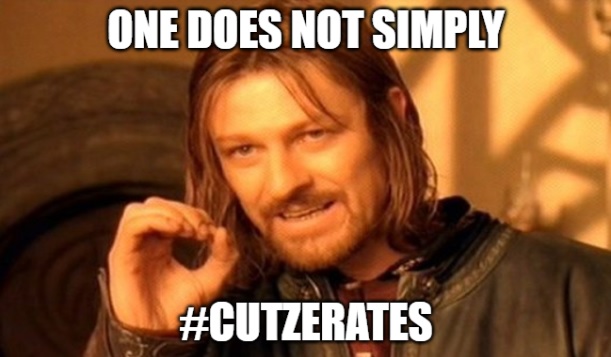