When to hoist them sails?

Time in the market

A few thoughts on investing strategy today, and the apparently very polarising issue of time in the market versus timing the market!

In my experience, almost everyone uses at least an element of judgement and market timing.

After all, if the market has crashed, such as in 2009, then it's pretty obviously a good time to invest more if you can (and the opposite also holds true).

This isn't even a controversial viewpoint, it just...is.

So it's not really a question of principle, so much as one of degree.

Further, the Listed Investment Companies (LICs) are still run by stock pickers and investment managers, and you must use human judgement to decide which of them to invest in, or choose whether to invest in the whole index, and so on.

Judgement and timing are just an inevitable part of investing.

Firstly, on this blog I often write about what I'm up to - it's a personal blog page, after all, not financial advice - and it by no means follows that what's right for me is right for anyone else (it doesn’t seem to matter how many times I write this...).

There's self-evidently no right or wrong way to invest; only the right way for you.

Anyway, here’s a hat-trick of quotes on investing:

'To invest successfully over a lifetime does not require a stratospheric IQ' said Warren Buffett.

'What's needed is a sound intellectual framework for making decisions and the ability to keep emotions from corroding that framework.'

Simple approaches are often easier to follow, and you can build your own framework, says Warren.

'By periodically investing in an index fund, for example, the know-nothing investor can actually outperform most investment professionals.

Paradoxically, when 'dumb' money acknowledges its limitations, it ceases to be dumb.'

Even if you know nothing at all, says Buffett, then you can get average results yourself over the long run, without needing expert advice or a fund manager.

'I'll say it again, you're much better off managing your own money than some manager.'

Fees, transaction costs, and taxes from managed funds can all represent a serious drag on returns.

As Taleb said, if you don't learn to make and manage your own money, then one day you'll be dependent on the whims of someone else who will run your life.

20 years ago I was most definitely a know-nothing investor (more accurately a know-nothing person), and my wife and I have some FTSE 100 index funds that were invested in at around that time, including from when the FTSE rose above 6,900 in 1999.

The index was yielding a paltry 2 per cent at that time.

Last year the FTSE dipped back below 6,600, so for us it was a long 20 years between drinks for the money invested when the market was expensive.

I'd drag the below chart back further to show the preceding bull market, which was a ripper, but alas the LSE data download tool only goes back to 1997: 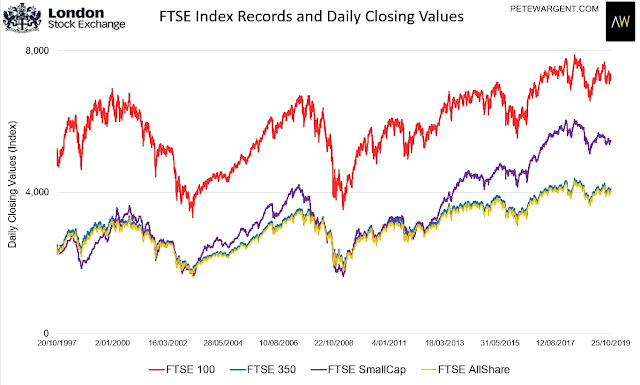 In the UK we've adhered to an averaging strategy over a very long period of time, so we bought some stocks when they were cheap, others when they were expensive, and others again in between.

Has the outcome been OK? Sure. It's been very simple, and because we've never sold any units we haven't paid any capital gains tax, which is neat.

Could the results have been better? Also yes. The money we invested in 2009 has delivered excellent real returns, the money invested in 1999...has not.

Is there some hindsight bias here? Definitely, to an extent. Although even as a know-nothing youngster it was quite clear when the tech bubble was going a bit insane.

In fact, when I was at Uni circa 1997 there was a long-running debate about whether the FTSE could ever reach 6,000, because that would quite clearly be mad (it happened anyway, in 1998).

There's a wealth of evidence to show that if you invest when the PE and CAPE ratios are as high as they were back then (the CAPE rose to above 25 in the UK, and the trailing PE ran to above 30, which is basically nuts) then the forward returns will be negative or poor.

You might still choose to keep investing for the dividends; but it's something to bear in mind.

Build your own framework

If you want average returns - and those returns are good enough to get you where want to to get to - and you don't mind watching the periodically inevitable market drawdowns, then there's nothing wrong with buy and hold investing if that's what you want to do.

As an accountant I dislike paying tax, and indeed I naturally gravitate towards passive investing when markets are reasonably priced.

If markets are cheap, as they were when I penned my first book in 2011, then I'll gladly hoist up the mainsail, buy the index, and let the markets do the heavy lifting to carry my portfolio along with the tailwind.

That's not what I'm seeing at the moment, though, and to get better returns when markets aren't cheap and there’s a headwind, you do have to work a bit harder.

So I'm holding plenty of cash (and funds in offset accounts), and I reckon I can put any new funds to work harder in unloved sectors (e.g. gas, petroleum...tobacco, if that’s your thing) or emerging markets (e.g. Pakistan), with 6 to 9 per cent yields, more medium-term upside, and a lower risk of a material drawdown.

International markets may be somewhat uncorrelated, but the last global recession clearly showed us that when the poop hits the fan in the US these days everything correlates to one.

Maybe I'll be wrong and the CAPE ratio in the US will be sustained at above 30, although it's never happened yet over the past 150 years.

If long-term rates stay below 3 per cent for the next few decades perhaps people will even look back on this new paradigm as a time when stocks were cheap! Anything’s possible, but I'm not banking on it.

But, remember - and this is really my only key point amidst the waffle - we're all at a different stage in life with different goals and tolerance for risk.

I don't need to take on undue risk at my stage in life, so I've taken some risk off.

If you're younger with a longer runway, or at a different stage in your investing journey, you may well see things differently to me (arguably, indeed, you should!).

Remember, Buffett said: find your own framework and then adhere to it!

Incidentally, although not following closely I noticed Buffett himself is now sitting on US$128 billion in cash, and has just taken an enormous (now both common and preferred stock) stake in an oil and gas producer with a dividend yield of 8 per cent...so I'm not exactly Robinson Crusoe in this line of thinking.

Dalio, Marks, and many others have implied that markets are very expensive, and that return of capital may be becoming as important as return on capital.

A sundry point while on the subject of the sage of Omaha.

I write about the economy because it interests me, but Buffett said economist predictions are mostly useless and you shouldn’t let them influence your investing. Word. 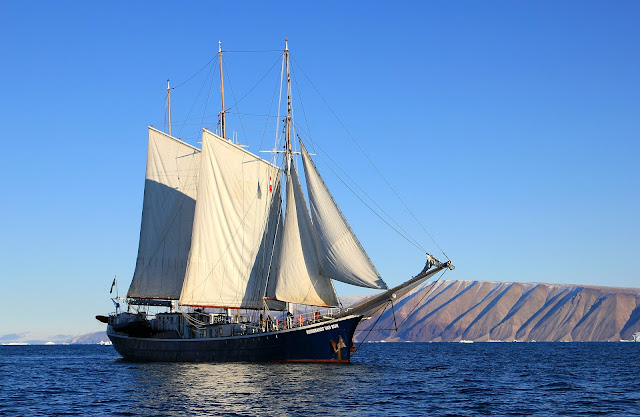