Residential construction work done fell by -3.1 per cent in the September 2019 quarter, and was down by -10.6 per cent over the year to September.

It's the steepest decline in nearly two decades, but what's been driving it?

The short answer is apartment construction in Sydney, Brisbane, and Gold Coast, which will drive the next undersupply of dwellings by 2021. 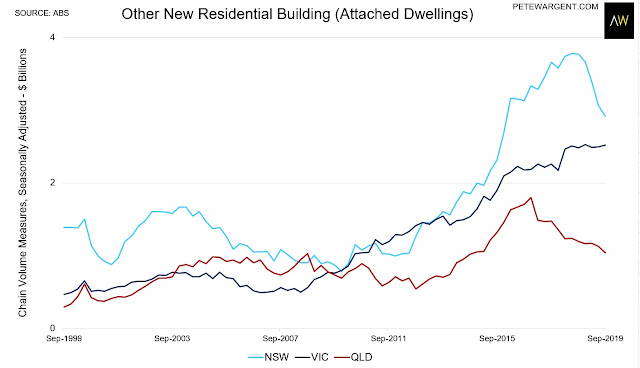 Around the country attached dwelling construction slowed to the lowest level since 2015, with approvals and commencements data pointing towards further declines to come. 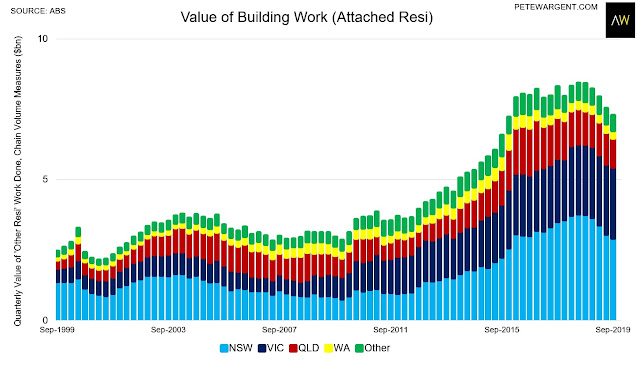 For larger developments, this seems questionable, with buyers understandably cautious about building defects and cladding issues.

Perhaps developers will be able to tap the swelling capital flight from Hong Kong to get new projects off the ground again.

There was a decent bounce in engineering construction in Sydney and Melbourne which helped to cushion the blow a little in the third quarter.

Engineering construction took a step backwards, however, in Western Australia and Queensland. 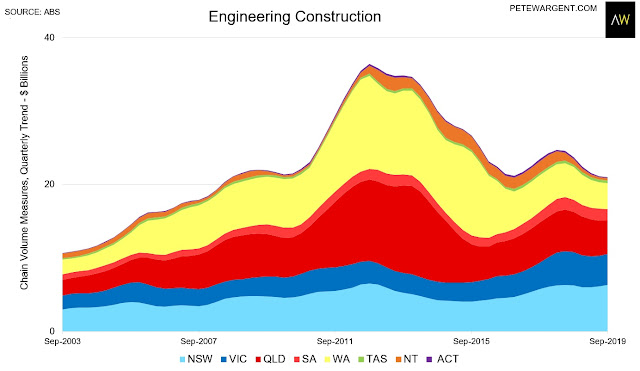 
Overall, construction work done contracted by -7 per cent from a year earlier to $50 billion.

Listed developers such as Stockland and Mirvac have reported a pick-up in enquiries as housing market conditions improve, and Brickworks has also reported an improved order intake.

So the construction downturn won't go on forever, but in the meantime there's a further slowdown in apartment building to be navigated, which may mean unemployment drifting higher.