Get into the Greek!

The diamond dogs strategy of buying low pays off again :-)

The Greece stock market was once again crushed in 2018, dropping by almost 37 per cent as the economy appeared to be on the brink of catastrophe and investors were spooked out of the market.

The market dogs strategy doesn't expend too much time and energy on working out how and why the market will recover, instead simply recognising when a market is very cheap and out of favour.

As it turns out the Greek economy is growing again and unemployment is continuing to fall.

As so often happens, buying some of the most hated markets has paid off handsomely this year as the bounce was both swift and dramatic in the first half of 2019. 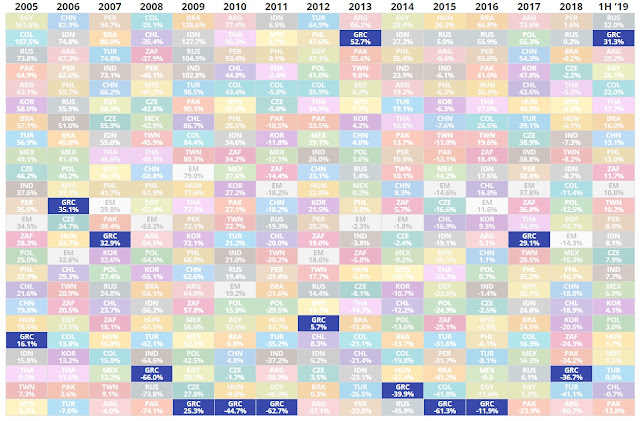 Everyone out together; everyone back in together on the rebound.


You'll see that the same patterns repeat over and over again across both developed and emerging markets.

Of course, it's not easy to pick the exact bottom of a market, so drip-feeding money into the market helps to mitigate this risk.

So far this year the Greek stock market is up 42 per cent, so now it's time to take money off the table and move on to the next hated investment, constructing the portfolio as a series of bets in accordance with the principles of the Kelly criterion. 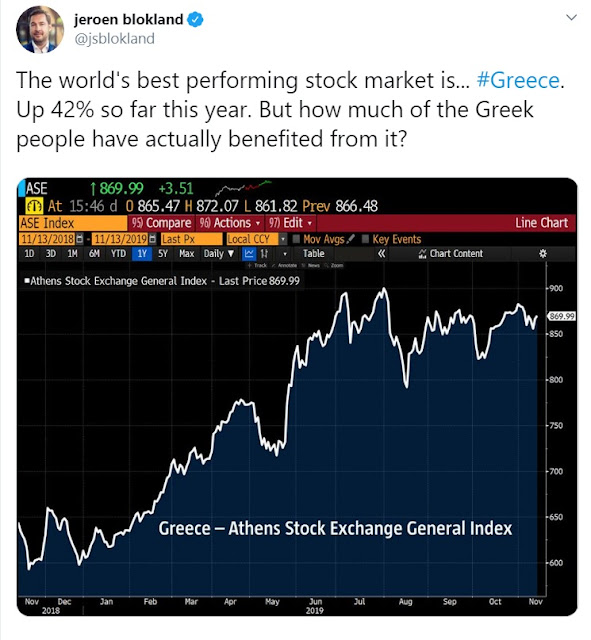 There's an important point to note here, and it's this: Greek has been one of the the worst-performing stock markets in the world over the past 15 years, delivering negative returns.

Trees don't grow to the sky

This dynamic is not unique to Greece or Turkey, or any country - or indeed, any sector or asset class - the ebbs and flows of markets continually bring indices in and out of favour.

The dogs strategy involves a staged entry into indexes when they are very cheap to protect your capital, and then taking money off the table when markets are no longer so hated and cheap.

Other important parts of the systematic strategy include diversifying the portfolio across a number of investments, portfolio rebalancing to force yourself to buy low and sell high, and maintaining a chosen allocation between cash and stocks.

Using this strategy doesn't mean you can't be a passive investor as well, if that's what you want to do.

But as you can see, it's a way to consistently grow your capital on a rolling basis, while reducing the risk of sharp portfolio drawdowns.

My sixth book will be published in the first quarter of 2020, and discusses how you can manage your own money for financial independence. 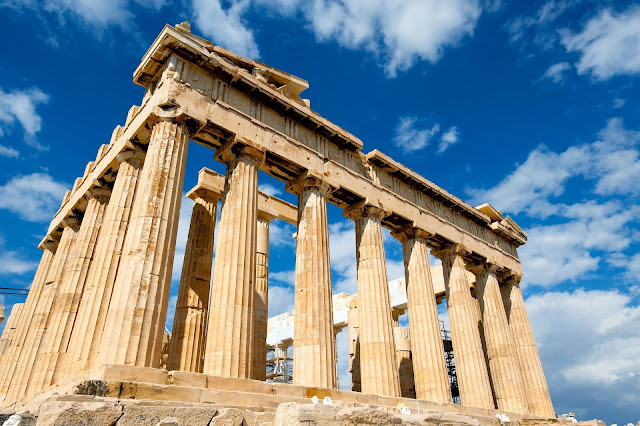