Consumer confidence is at the lowest level in 4 years, and now sits below the average since 1990.

Confidence towards future economic conditions, meanwhile, slumped to the lowest level in the history of the Roy Morgan survey. 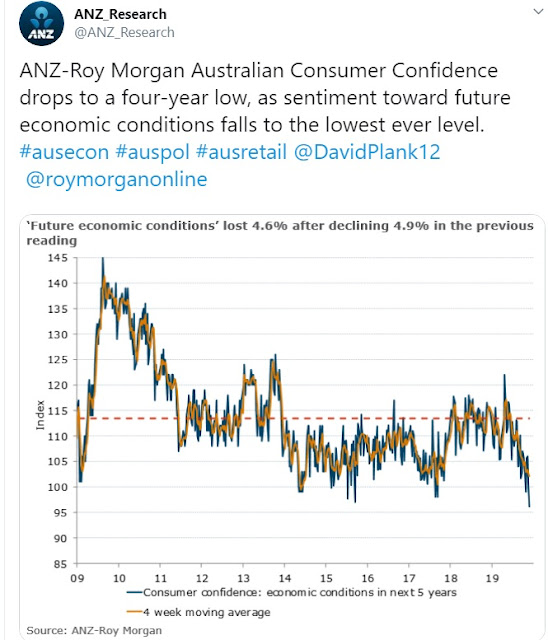 Subdued wages and a deteriorating jobs markets were the main drivers, while there was 'renewed weakness' on inflation expectations.

Earlier in the week the RBA suggested that low wages growth was a new normal for the time being, even though other countries have managed to get incomes rising again.

Governor Lowe also delivered his Sydney speech yesterday on unconventional policy options - summarily, purchasing government securities - while noting that interest rates could fall as low as 0.25 per cent before they'd be considered.

QE is not on the agenda unless things were seen to be moving away from, rather than towards the goals for both full employment and inflation.

And even then it wouldn't begin as soon as rates hit 0.25 per cent - there would be a higher threshold.

We'll have to see what 2020 brings, but job advertisements have been dropping off for some time. 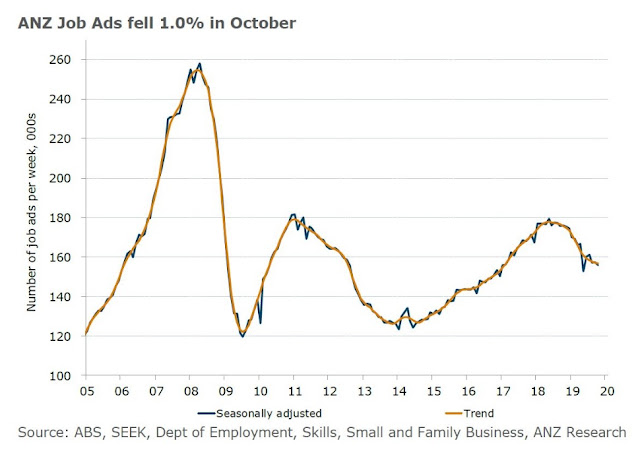 Lowe re-emphasised that QE was still considered unlikely, and that growth is expected to return to 3 per cent in 2021. 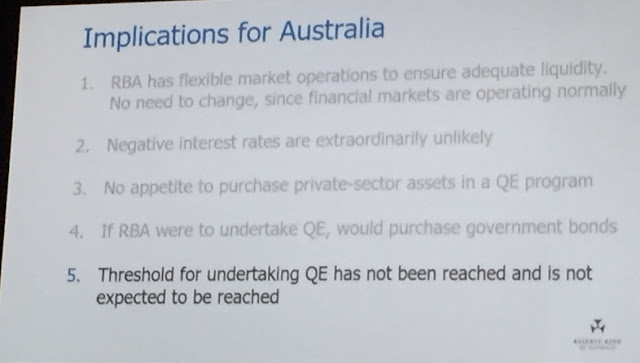 The housing rebound wasn’t all the RBA’s handywork, quipped Lowe in the Q&A - to some audience amusement - Labor’s election defeat also played a significant role, he suggested.

The Q&A would've been more interesting had someone asked whether wages growth would be higher today if the RBA had cut sooner and begun QE a year ago.