US markets opened down a couple of per cent again overnight as the virus threat continued its spread, and that was enough to arouse a panicked Fed back into action, this time announcing that it would begin purchasing individual corporate bonds.

Previously the Fed had only stated that it would buy ETFs. 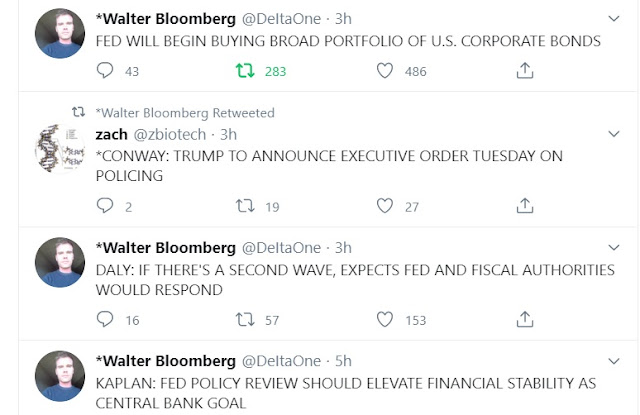 The program has the ability to buy up to $750 billion of corporate credit.

This will be net supportive for financial markets, even if only for the simple reason that bankrupt businesses won't being allowed to fail in the conventional sense.

The Dow Jones was down by more than -700 points ahead of the announcement, yet managed to eke out a gain by the close.

Nearly one in five US businesses is now a 'zombie' firm, meaning that their debt servicing costs exceed profits. 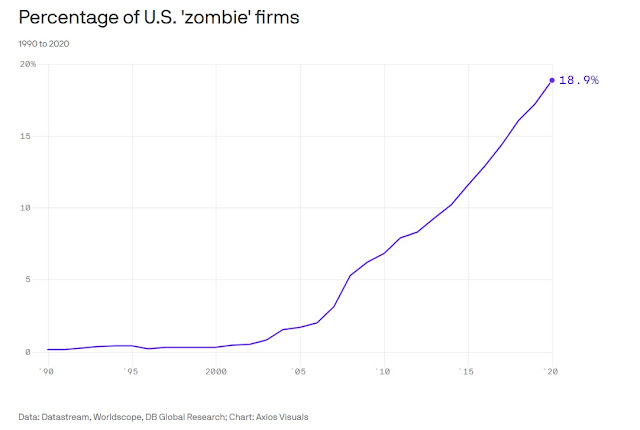 Corporate debt in the US now exceeds $1 trillion.

In the normal course of events businesses facing this dire situation would be allowed to fold, Schumpeter's Gale of creative destruction thereby setting America up the next cycle of dynamic growth.

On the positive side this supportive Fed action keeps more people in work in the here and now, which no reasonable person sees as a bad thing.

Over the medium term, however, this could mean that the US economy comprises unprofitable and unproductive firms which are unable to grow or meaningfully add to output.

The real-life Petri dish for this model is Japan, where the Bank of Japan now owns almost 80 per cent of all ETF assets in the entire country, an insane trend which has soared inexorably over the past decade. 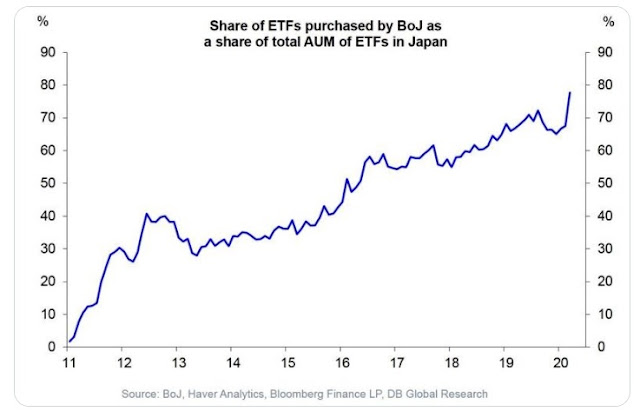 Japan has also been running a zero interest rate policy for more than 20 years.

For those wondering what this means for stocks - which seems to be almost everybody these days! - this has indeed been supportive for the NIKKEI 225 since 2011, the index levitating back to 21,000, albeit Japan's benchmark index has been falling this year and remains miles below its 1980s peak of more than 38,000. 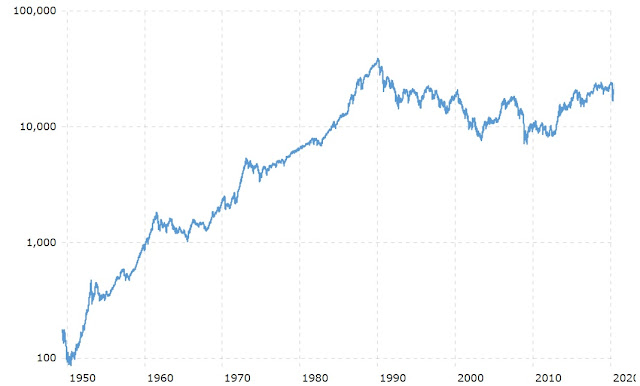 Great time for Zombies, while fixed income is pushed lower yet again! 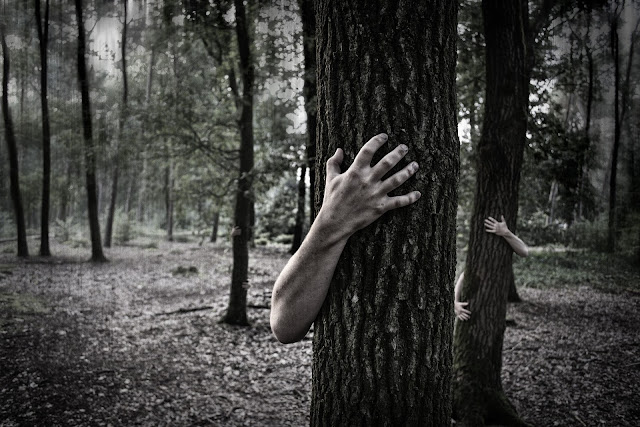