There was another enormous trade surplus in April 2020, this time coming in at a seasonally adjusted $8.8 billion, just behind the record high of $10.5 billion in the preceding month.

The big picture is that imports have plunged, while exports have held up. 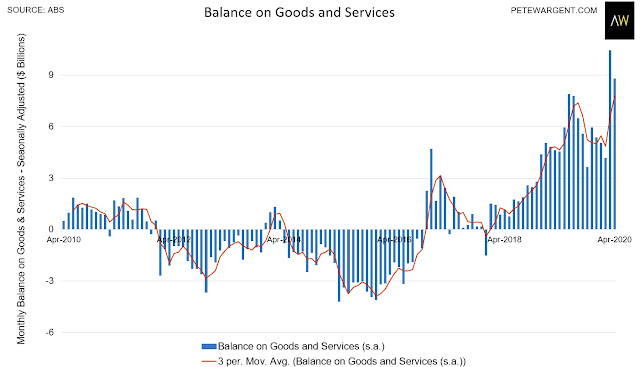 Aussie exports boomed through the month of March, but then fell back in April -11 per cent to $37.5 billion, which is broadly speaking back to where they were in February.

Coal and services exports have been falling away, but iron ore and gold have been exceptionally strong. 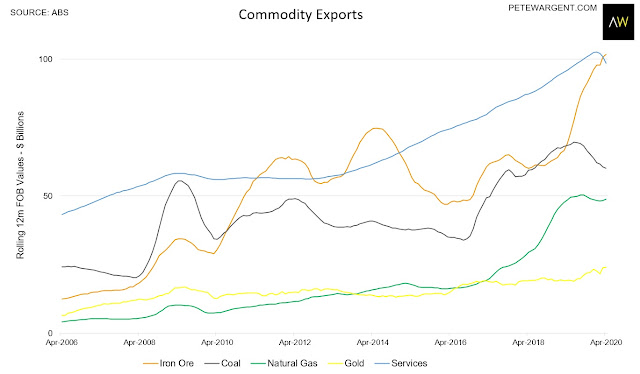 Outbound tourism has plummeted by an astonishing 99 per cent through 2020 year-to-date, with outbound travel effectively blocked.

That's an awful lot of Aussie dollars staying at home, more than offsetting the decline in inbound tourism services credits, which have dropped by -43 per cent. 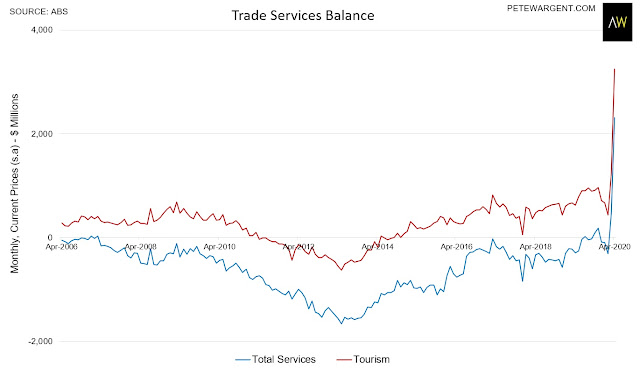 This is also net bullish for the Aussie dollar, which has soared from 53 US cents to 69.4 cents, complicating the 'adjustment' or recovery.

Overall, Australia's handling of COVID-19 has been extremely successful, partly reflected in Q1 GDP being only marginally negative. 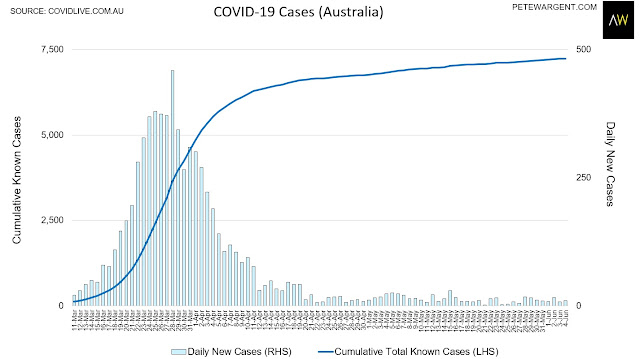 The rising Aussie dollar is partly reflective of commodity price strength, especially iron ore which has exploded back to $100/tonne. 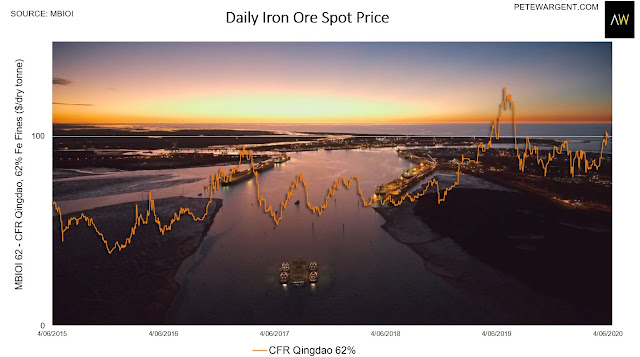 But the Reserve Bank has engaged only in 'Claytons QE', engaging in comparatively little activity since the first week of May - with the central bank only buying a small share of bonds (especially as compared with, say, New Zealand) - while the heavily reliance on fiscal has seen the Aussie dollar screaming higher.

There's also been an abject lack of demand for the widely touted $90 billion term funding facility, and there's a risk of fiscal underspend with, for example, the renovation stimulus missing the mark.

Australia has pulled off a masterstroke in containing COVID-19, but risks the recovery dragging on longer by unnecessarily allowing financial conditions to tighten.

Oh, and as for the pay freezes: just plain daft. 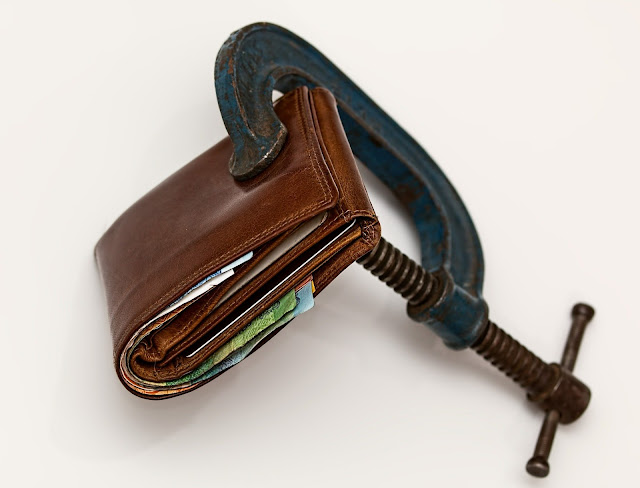