During British colonial rule of India the government was concerned about the prevalence of venomous cobras.

Their proposed solution to the problem was to announce a bounty for every dead cobra.

Of course, this led to opportunists breeding ever more cobras in order to collect the bounty, and the solution ultimately made the initial problem worse.

It's been an awkward week for the prestigious Victorian Labor Party.

After 60 Minutes exposed systemic corruption and allegations of massive branch stacking, Premier Andrews attempted to deflect attention by lobbing out an ill-judged sideswipe at South Australia.

While nobody wants to see Victoria fail to contain COVID-19, there was a certain inevitability about the instant karma which arrived today in the form of 25 new cases in the state. 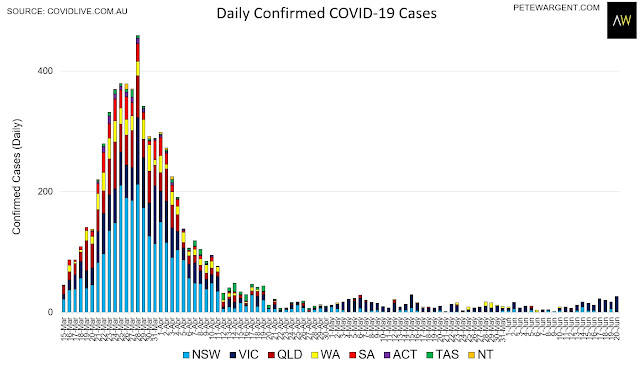 The good news is that every other state and territory has reported zero new community cases, and indeed there are no ICU cases anywhere in Australia away from the two instances in Victoria. 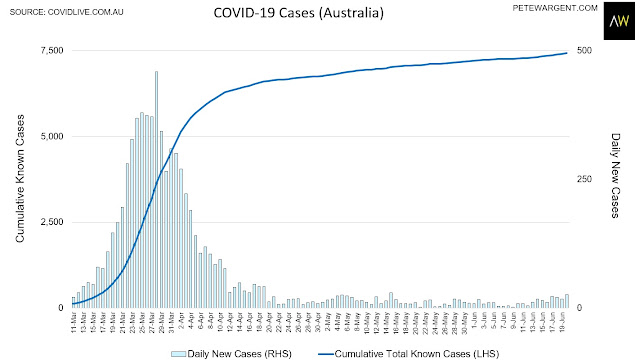 The Andrews solution to families and workers failing to self-isolate is to offer $1,500 to folks with the virus, which sounds rather like a cobra effect solution on steroids (admittedly there is already a similar system in place in Queensland, where there have been zero new cases for quite some time).

Victoria has reverted to Stage 2 restrictions which will be detrimental for consumption  - especially for pubs, bars, and restaurants - suggesting that a V-shaped recovery south of the border simply isn't going to happen, while the JobKeeper stimulus may need to remain in place 2020 in its entirety. 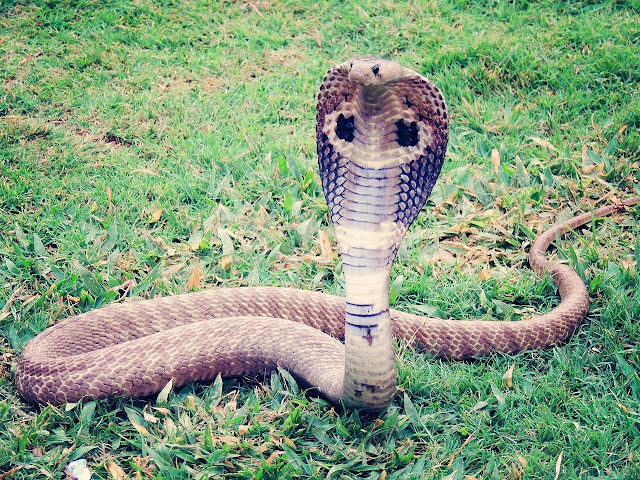