The woeful jobs market of May

Predictably woeful jobs figures were released by the ABS today.

The unemployment rate rose to 7.09 per cent in May, for the highest level in 19 years, and this was alongside a 3.2pp drop in Australia's participation rate since January to 62.9 per cent, which is the lowest level since 2000.

On the plus side it looks as though the headline unemployment rate will peak at a much lower level than previously feared. 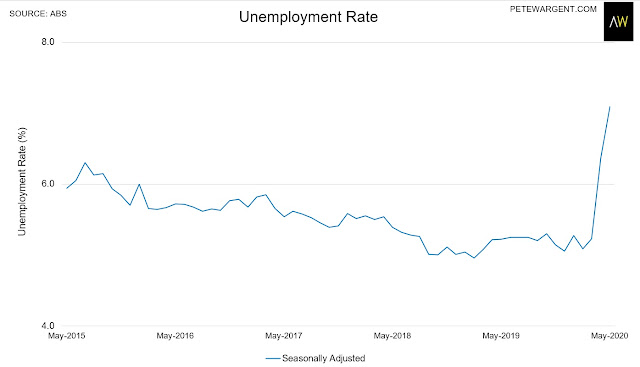 The number of unemployed persons increased by 85,700 to 927,600, with many holding on to their positions thanks to the government's counteracting measures, including JobSeeker and JobKeeper.

Remember, though, that some 570,000 Aussies have also effectively dropped out of the labour force. 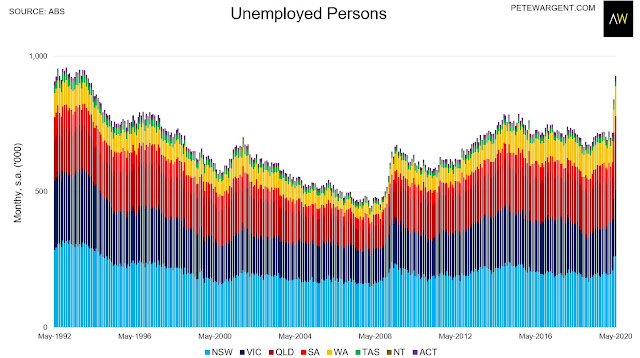 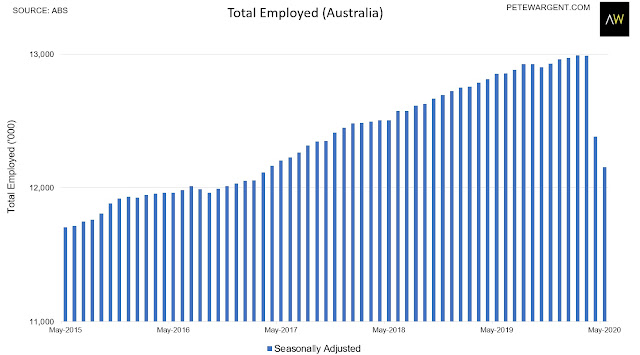 New South Wales bore the brunt of the fallout, with employment in the state down 269,000 over the past two months. 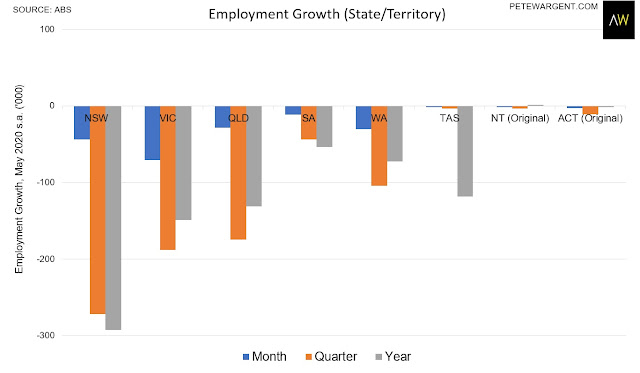 The job losses have been heavily concentrated among women, the young, and lower paid workers.

Hours worked have dropped by about 10.2 per cent over two months, which will quite likely be reflected in a similar drop in GDP for the first half of 2020.

The underutilisation rate hit a record high of 20.2 per cent in May.


Forward-looking measures for employment have improved and employment should now begin to rebound accordingly, but the legacy of COVID-19 will be felt by Australia for some years to come.

Australia has exceeded even the wildest of expectations when it comes to the containment of the Coronavirus: nobody has died for ages, and only two cases remain in hospitals, in the state of Victoria.

Every other state and territory has effectively eradicated the virus, which is truly an amazingly positive outcome.

But the shutdown and ongoing restrictions have inevitably crippled activity in the economy.

if Australia is to target GDP of 1 per cent above trend for the next few years then there's going to be significant ongoing stimulus required, and there's no way the government can switch off support in September if that's the goal.

The shutdown has been successful from a health perspective, but restrictions now need to be eased and the economy demands massive ongoing fiscal and monetary support.

More on the detail from data king James Foster here. 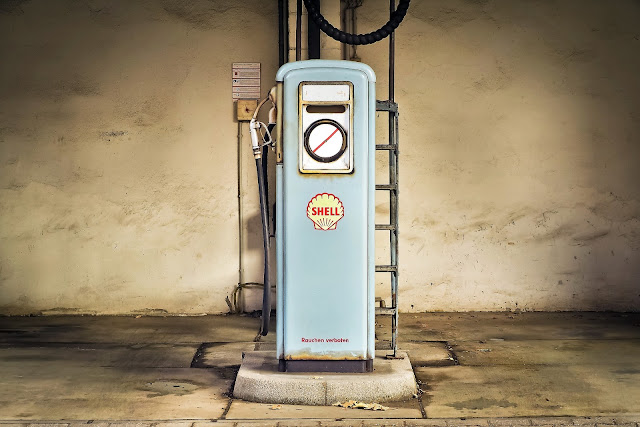