GDP heads into the abyss...

Recession all but locked in

GDP growth was estimated at a seasonally adjusted -0.3 per cent for Q1, leading to the inevitably mind-numbing 'recession we had to have' headlines.

Over the year GDP growth slowed to +1.4 per cent.

Q1 could yet be revised up, of course - especially the very significant negative drag from inventories - and therefore the technical definition of a recession may yet be avoided.

However, given that GDP growth in Q2 will clearly be severely negative this is largely semantics. 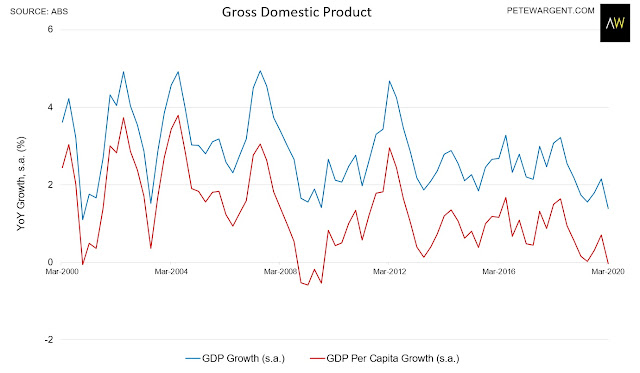 Nominal GDP growth over the year is floundering again. 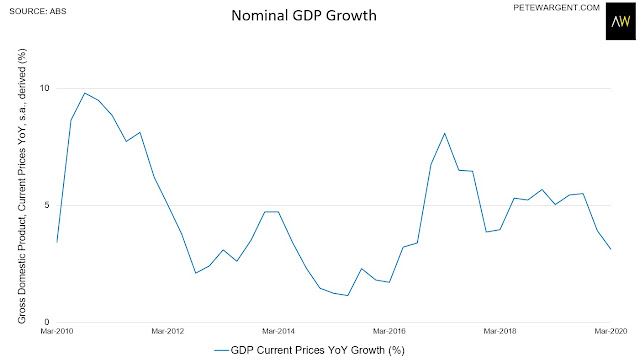 Real net national disposable income, as a proxy for living standards, has been fairly flat over the past six months. 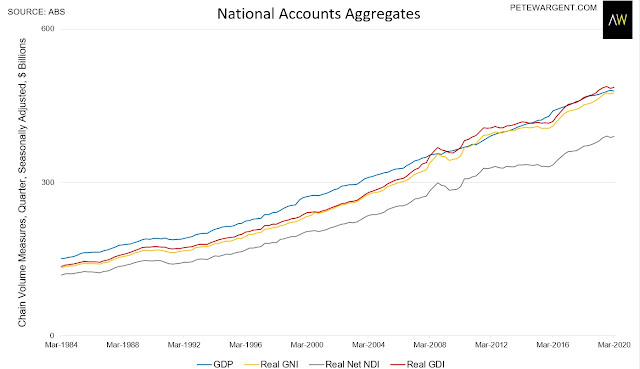 And the terms of trade have held up well to date, well above the long-run average. 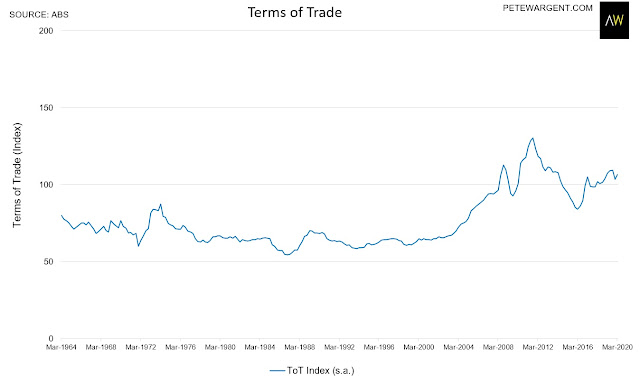 Meanwhile, the interest payable on dwellings continues to fall, now down to the lowest level since 2009 despite the dramatic increase in the dwelling stock over that time. 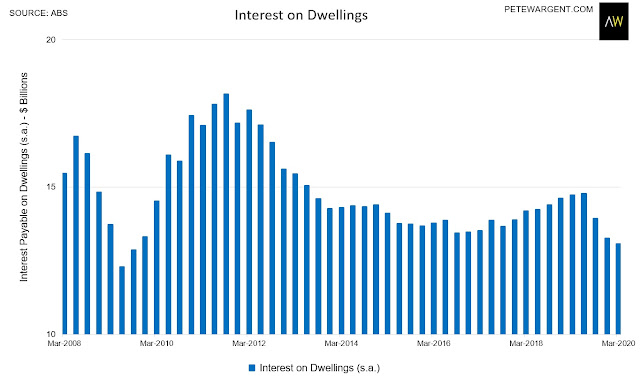 With the Reserve Bank fading quietly into the background, the government must now do the heavy lifting with its fiscal stimulus.

The Aussie dollar has accordingly soared back towards US 70 cents, in turn slowing the adjustment process.

The terms of the $688 million renovation stimulus missed the mark completely, leaving such a skinny cohort of prospective qualifying applicants that the government needn't have bothered with it.

Essentially you must own a house and undertake an expensive renovation within the next few months, but without having a high income (while a whole heap of renovation options are excluded): 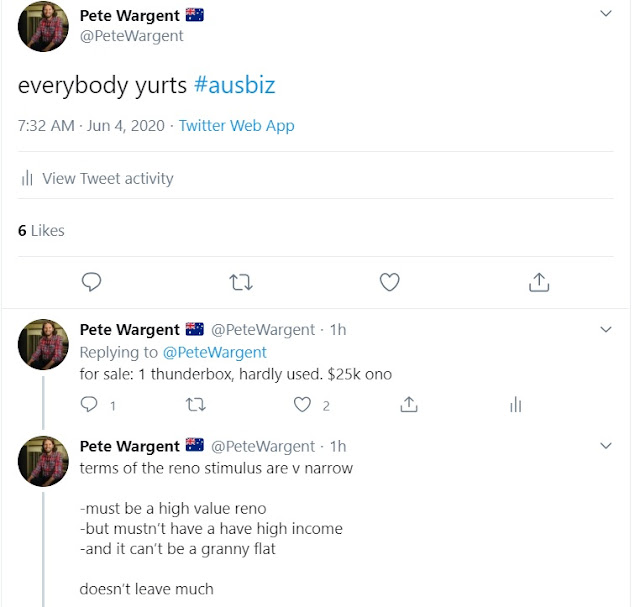 Perhaps some retirees might qualify for a grant, and maybe a few young homeowners with wealthy parents.

The terms of the HomeBuilder grant scheme for new homes are far better targeted, and will undoubtedly be a net positive for the industry. 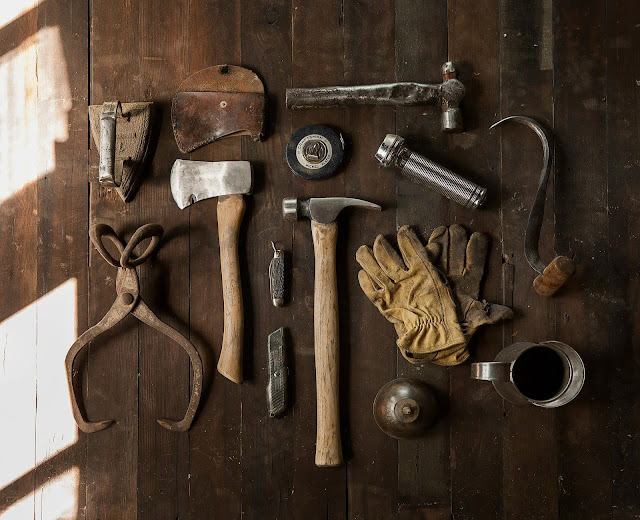