Melbourne, we have a minor problem

As the US blazes through a terrifying 2.6 million cases of COVID-19 and notches record daily highs in the process, here in Australia we are left pondering some relatively minor numbers.

Indeed, there is only one ICU case now remaining in Australia, while deaths are effectively running at zero (or less than zero when you consider how self-isolation, sanitising, and flu vaccinations have improved hygiene overall).

The hospitals are empty, and seven of the states and territories are now effectively COVID-free.

Victoria has, however, seen a flurry of new cases over the past six days, which is turning the curve gently higher and threatening to become a problem. 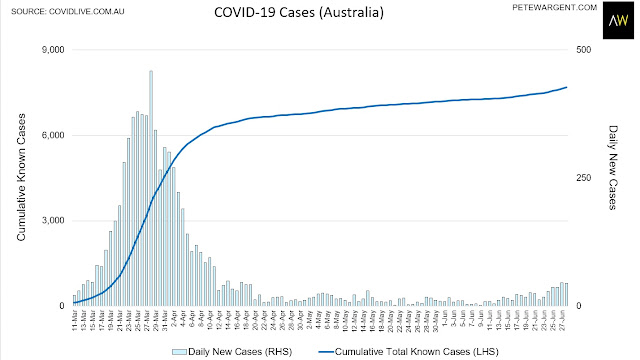 New South Wales and Western Australia have put a handful of overseas traveller cases into quarantine, but all of the community cases are now being found in Victoria. 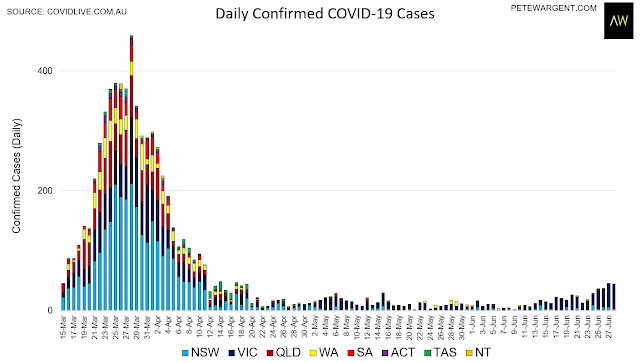 Thus while the rest of the country is easing up on restrictions Victoria is likely to see things going the other way and tightening up again.

Given that Victoria is the second most populous state this is likely to mean that more stimulus is needed for longer in Australia.

Preliminary auction clearance rates picked up to 64 per cent in Sydney on Saturday with the median sold price ticking above $1.2 million, but clearance rates slumped into the 50s in Melbourne. 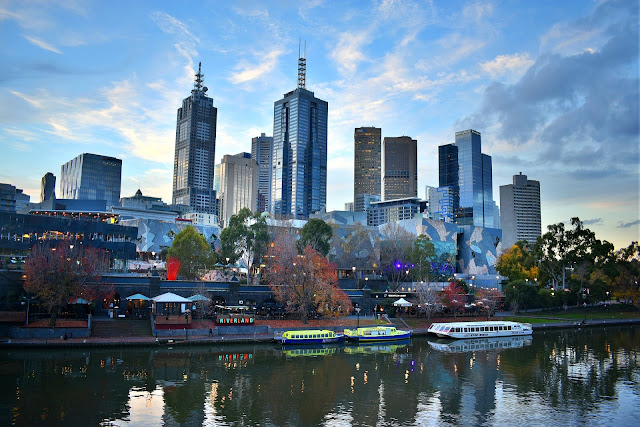