Wake us up when September ends

Personal insolvencies hit their lowest level since 1990 in the December 2019 quarter, and were again some -16.5 per cent lower year-on-year in the March 2020 quarter. 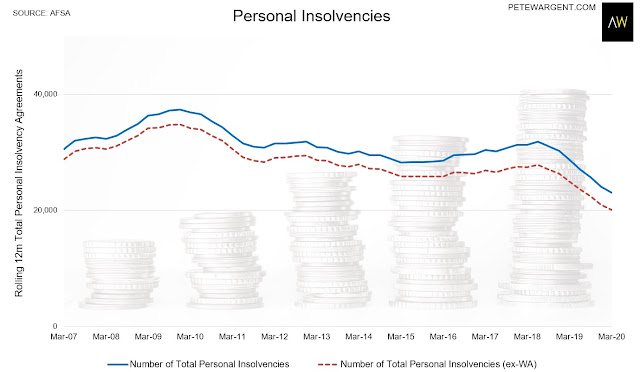 This is all the more remarkable when you consider the stats on a per capita rolling annual basis, where they appeared to be racing towards zero in the March quarter. 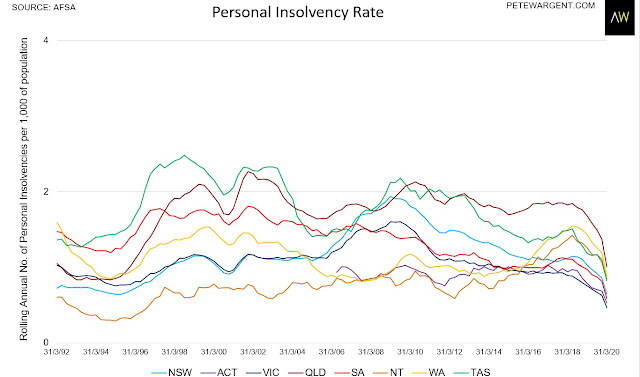 Part IV and XI bankruptices were also some 16 per cent lower year-on-year. 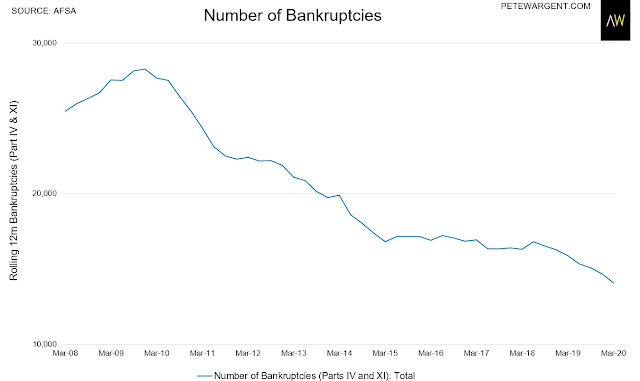 ASIC's insolvency figures all showed a sharp drop in insolvencies in April, presumably partly related to the government's stimulus measures.

Construction insolvencies also fell to a series low in the March 2020 quarter, thanks to low interest rates perhaps. 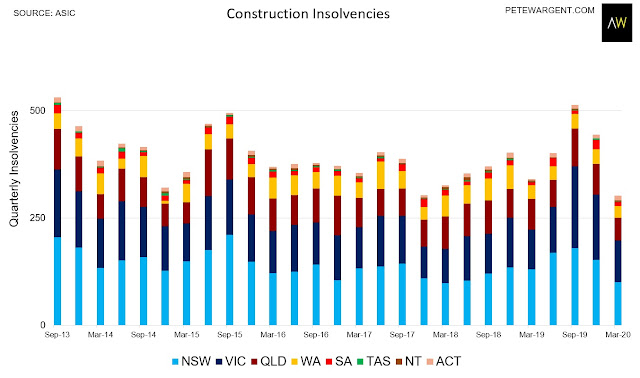 Let's see what September brings, and whether or not there is a financial 'cliff' (not if the government is smart about things).

350 international students are set to return to Canberra next month under a pilot scheme designed to accelerate their return. 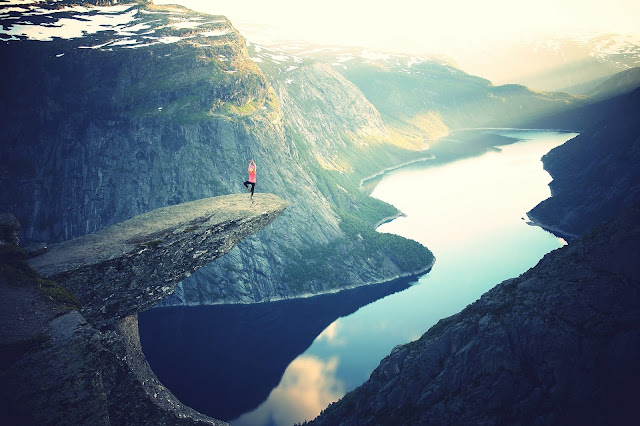