All capital cities recorded a rise in residential prices in the March 2020 quarter, led by Sydney (+1.9 per cent) and Melbourne (+2.1 per cent).

The two largest cities both recorded gains of more than +10 per cent over the year, taking the weighted average capital city price +7.4 per cent higher over the year to March.

Most of the COVID restrictions were rolled out in March, so there was little impact on the price charts by capital city. 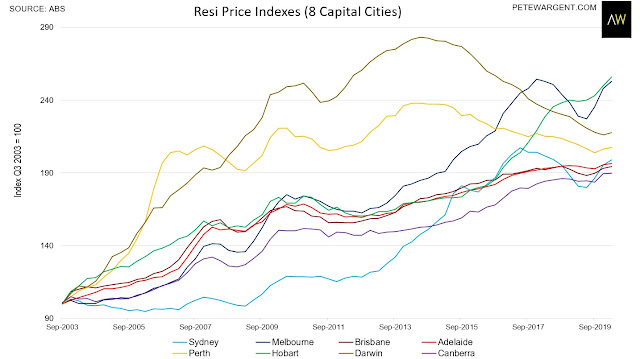 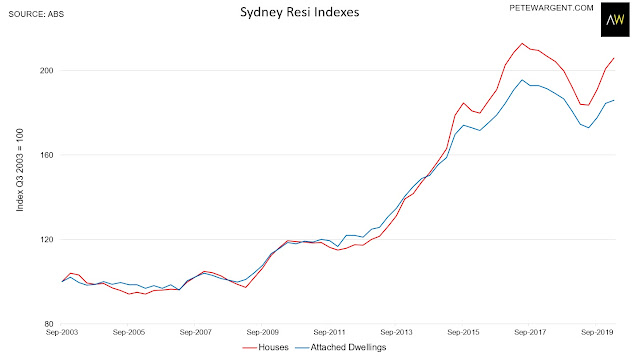 The mean dwelling price rose to a record high at an estimated $690,200. 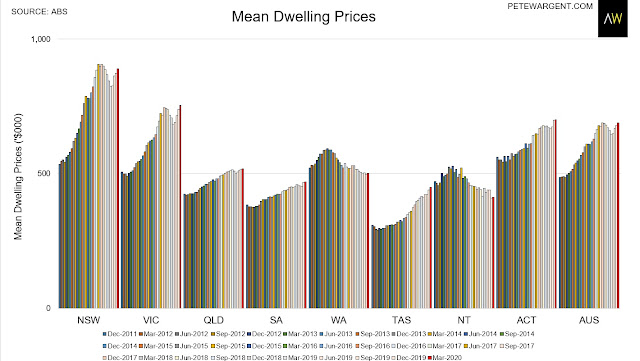 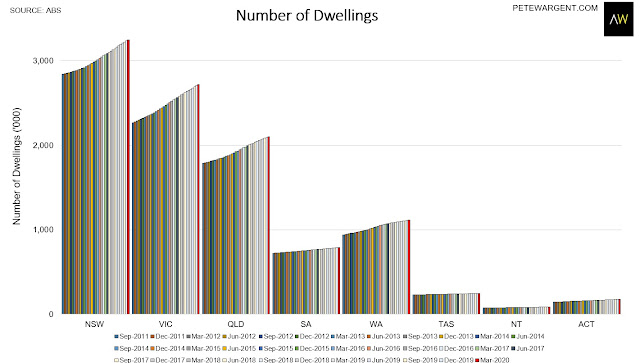 The value of Australia's dwelling stock hit a record high, with a preliminary estimate of $7.23 trillion. 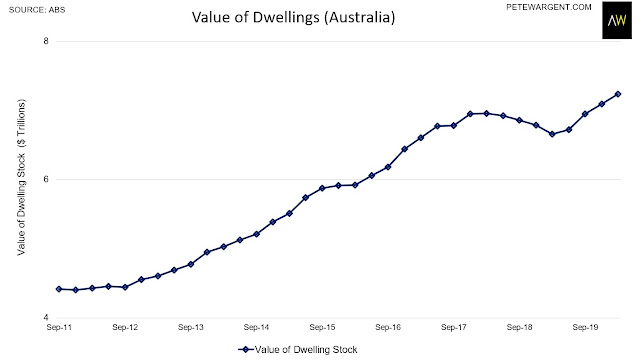 The ratio of dwelling stock to GDP increased to 3.79x, but was still just below 2017 levels. 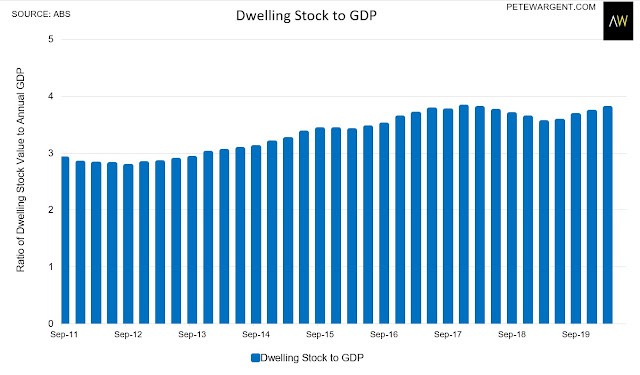 This is a high figure in global terms, but plenty lower than, say, Hong Kong. 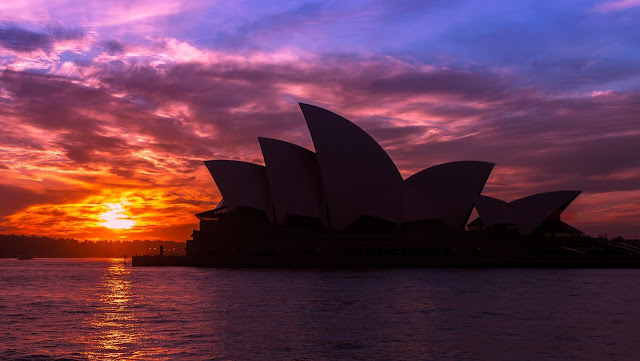