In Sydney asking resi rents have come off by 5 to 10 per cent, with 125,000 international students nationally still stuck overseas.

There's arguably an element of reversion to the mean at play, with rents having surged in Sydney between 2009 and 2017.

In Melbourne, where vacancy rates are a bit lower, the quantum of the decline in asking rents is more like 0 to 5 per cent.

There are already plans afoot to bring back international students to Australia, beginning with South Australia and the ACT, but realistically movement is likely to be restricted for some time yet.

Vacancy rates remained very high in the CBDs of Sydney, Melbourne, and Brisbane in particular in May.

But overall, people are now renting property again, and the national vacancy rate declined from 2.6 per cent to 2.5 per cent in May, driven by significant falls in Brisbane, Perth, and Darwin. 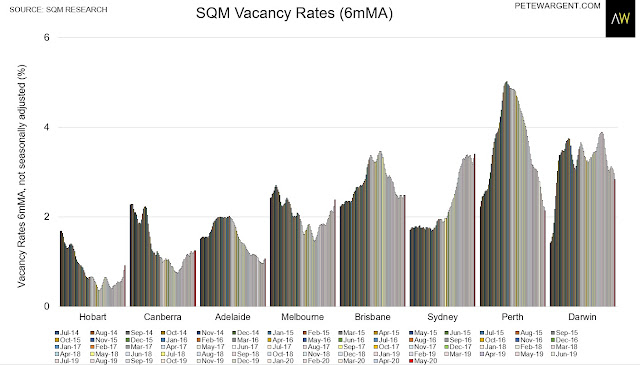 An easing rental market is not necessarily a bad thing, forcing landlords to bring better product to market now that tenants have more choice, while an easing of rents frees up more cashflow for renters.

The softening of rents has been offset by record low mortgage rates, and prices have barely budged.

Talk of major demographic shifts post-COVID is overblown in my book, and office rents and prime industrial will likely fare just fine, especially in Sydney and Melbourne.

But while there's no timely data, just from walking around Brisbane and Noosa I can't see how retail rents can be supported given the sheer proliferation of vacancies.

I expect to see retail rents fall by 20 to 30 per cent over the coming year (#timestamp).

Even for of the retail units which are tenanted, many cafes, bars, restaurants and eateries can presently only run at around 50 per cent capacity.

Retail landlords will need to come to the party by September or else more businesses will inevitably be shuttered.

I discussed some of these trends with Nadine Blayney and Scutty at Ausbiz TV here (or you can click click on the image below).

They cut out the bit about me probably going to play golf... (they were right!): 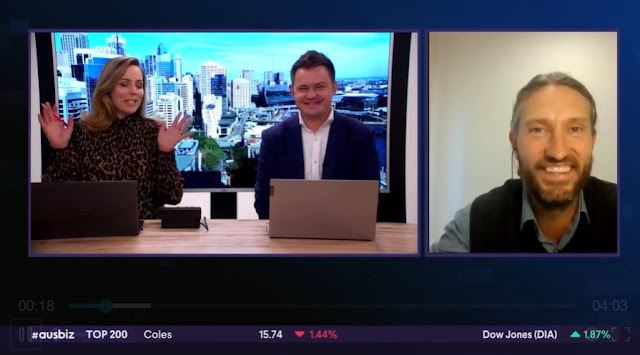