Australia is becoming more and more...and more popular with tourists and short-term visitors to see family and friends.

The trend is predominantly being driven by Chinese and Asian tourism.

The same trend is also been pushed along by the lower dollar since the peak of the mining boom.

In New South Wales annual short-term visitors are fast closing in on 3.5 million. 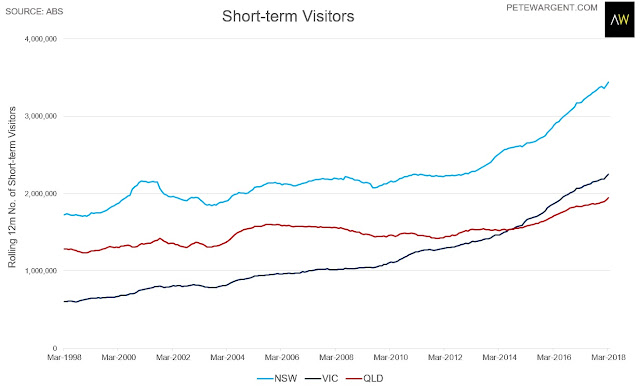 This potentially has some significant implications for the dynamics of the housing market.

Hotels are typically very expensive in cities such as Sydney - certainly in the areas close to the city.

It wouldn't be a surprise to see more landlords turning to Airbnb to maximise rental income, in turn absorbing some of the rental supply through this cycle.

Sydney's estimated resident population is also now growing at faster than 100,000 per annum for the first time.

There are now more than 5.1 million residents in the harbour city.

The long term fundamentals of Sydney land and dwelling prices are arguably stronger than ever before, at least in the landlocked and more desirable parts of the city. 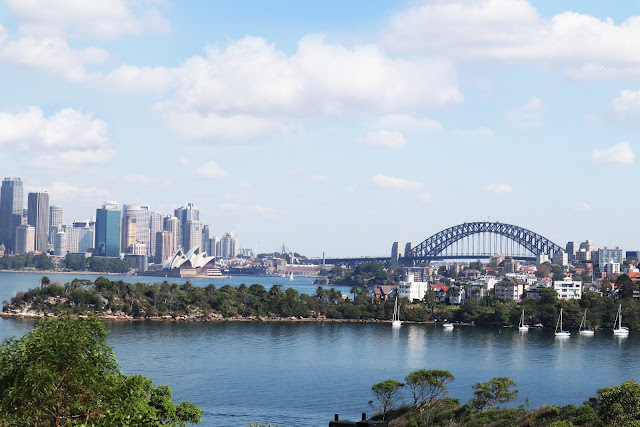