Exports of good and services hit a record high of a seasonally adjusted $34.84 billion in March 2018.

Annual exports are now rising again and fast approaching $400 billion after a couple of leaner years for commodity prices.

That's one impressive surge from $145 billion in March 2004 as the resources boom was just lifting off. 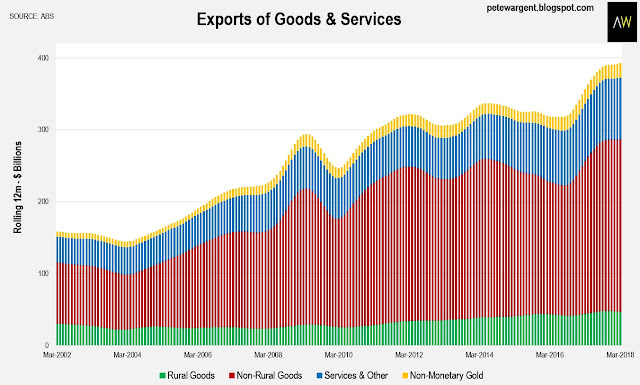 As you can see, services exports have contributed significantly to export growth in recent years.

However, commodities have been the main driver of the exports boom since the turn of the century, particularly iron ore, coal, and more lately LNG.

On Tuesday night, Treasurer Morrison is expected to deliver a Budget in far better shape than previously expected as the rebound in the terms of trade delivered a welcome boost alongside strong employment growth. 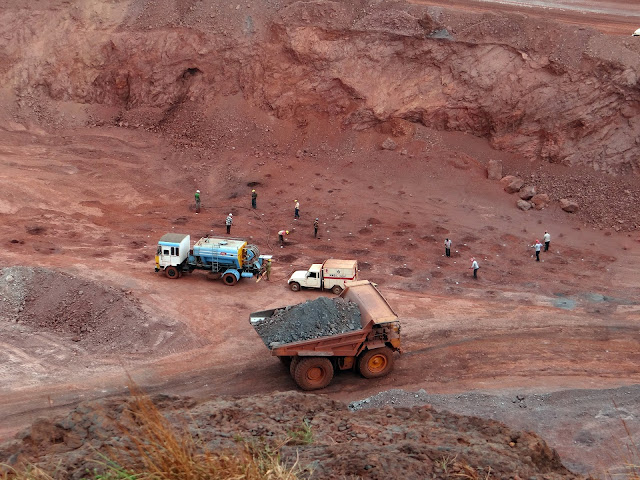