A solid headline result for employment growth in April 2018, beating expectations of 20,000, with total seasonally adjusted employment up by 22,600 to beyond 12½ million for the first time, driven by a substantial 32,700 increase in full time jobs.

There were, however, adverse revisions to take into account for the preceding month. 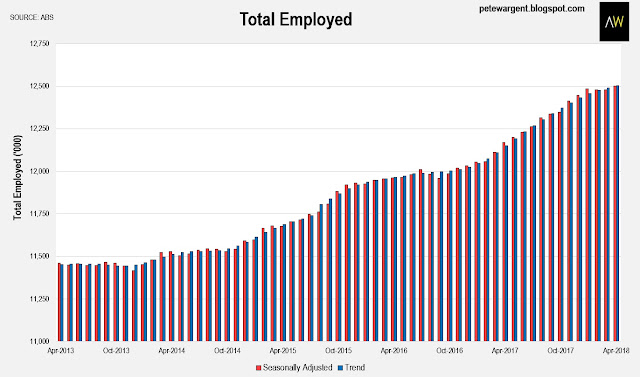 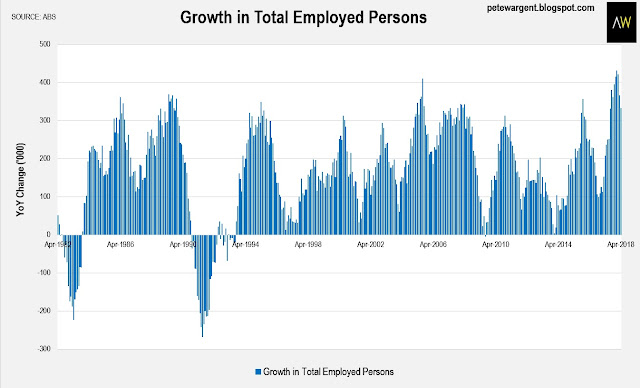 
Employment blazed another 27,600 higher in New South Wales to be up by 46,800 over the quarter, and a thunderous 156,000 year-on-year, casting further doubt on the endless gloomy house price predictions, with first homebuyers also now wading in.

The New South Wales economy has added well over 300,000 extra jobs over the past three years, something achieved for the first time ever on a rolling 3-year basis in the past few months across more than 40 years of available figures. 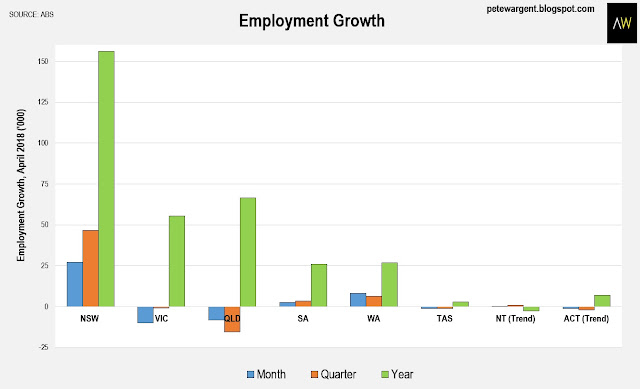 One of the extraordinary aspects of this cycle has been the sheer concentration of employment growth.

Of the suburbs where participation rates have been rising almost all of them are in the inner suburban heart the big capital cities, while more than half of jobs have been created within a tiny 2-kilometre radius of the Sydney and Melbourne CBDs.

Queensland's jobs boom seems to have tapered back, with annual employment growth in trend terms now at 3.5 per cent, remaining comfortably in second place only to New South Wales at a supercharged 3.8 per cent.

Interestingly the trend participation rate hit a record high 65.7 per cent in April driven by female and older workers entering the labour force, with the unemployment rate ticking up a notch to 5.6 per cent. 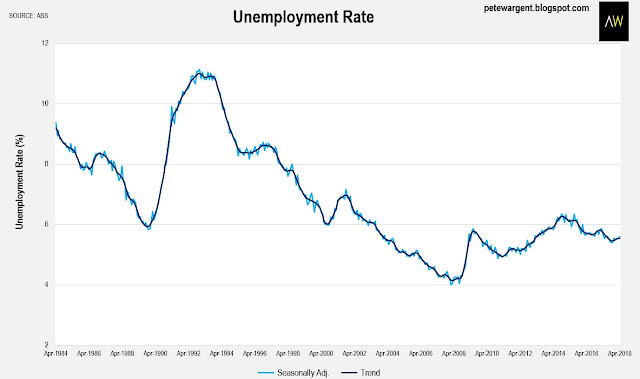 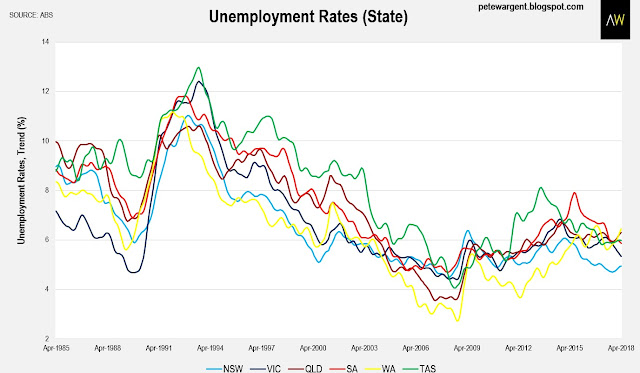 Finally, and to finish on a positive note, the trend annual growth in monthly hours worked increased to 3.3 per cent, the highest level since all the way back in August 2010. 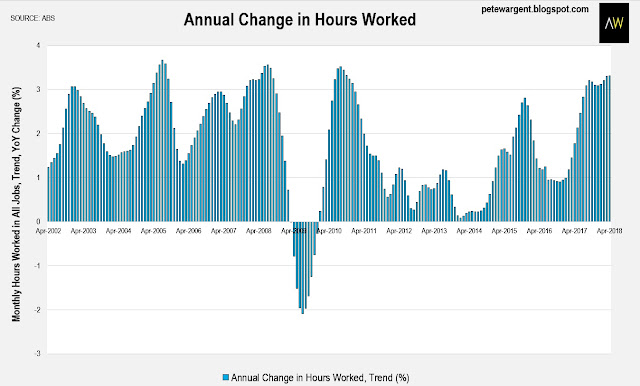 Overall, these figures would be construed as disappointing if you don't live in New South Wales, where the stamp duty/infrastructure boom is paying some serious dividends.

Employment growth in recent times has been quite heavily focused in healthcare and construction, which might in part account for why wages growth has generally been tepid across most industries.

Despite the uptick in the unemployment rate policymakers will most likely see enough positives here to stay on the sidelines for the foreseeable future.