Probably not quite a result to fit the prevailing narrative!

But the combined capital city unit price rose by +5.1 per cent in 2017, comfortably outperforming house prices at +4 per cent (with the usual lengthy disclaimers about methodology, margins for error, and mile-wide variations across sub-markets).

Typically capital city units saw stronger yields too, so on a total return basis outperformed in notching +9.3 per cent for the calendar year compared to +7.3 per cent for houses, the reasons for which may vary.

Early in the year Sydney's inner suburbs were characterised by some borderline insane auction bidding, but this had petered out by the final quarter as APRA's cooling measures took hold.

Thus, while housing market data providers no longer focus on seasonally adjusted figures, as it turned out the fourth quarter was a weak one anyway.

Over the full year Sydney's median unit price increased by +5.4 per cent to $774,100, while the median house price tapered off in the final quarter of the year to be just +2.1 per cent higher in 2017.

With rents increasing in 2017, CoreLogic reported that Sydney's yield had edged up to a 12-month high by the end of the year (if indeed 'high' is the right word for something that is, in fact, low).

In Melbourne there was strong growth in both the median house (+9.1 per cent) and unit price (+8.4 per cent) over the year. 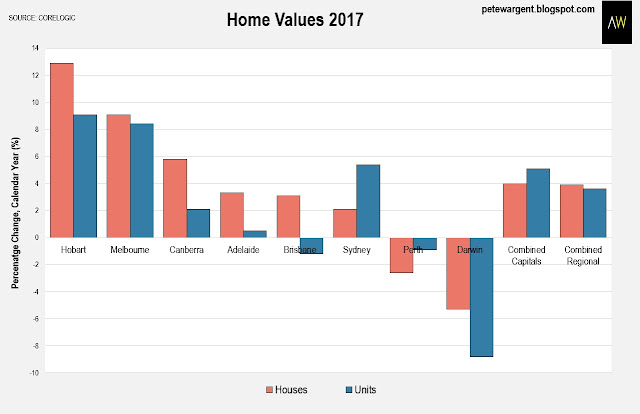 In the resources capitals Perth (-2.6 per cent) and Darwin (-5.3 per cent) house prices declined in 2017, but a range of indicators suggest that brighter times will eventually lie ahead.

Percentage gains in Brisbane and Adelaide house prices have tended to dovetail quite closely over the past decade-and-a-half, and these markets once again saw house prices rise by +3.1 per cent and +3.3 per cent respectively.

Brisbane's beleaguered unit market recorded a moderate -1.2 per cent decline in its median price to $383,750, though gross rental yields of +5.3 per cent may attract more interstate investors while population growth is now steadily picking up.

Across regional Australia many markets were rather flat in 2017.

But some of the stronger markets included those located within striking distance of Sydney and Melbourne, as the ripple effect took hold.

The main outperformers of note were Newcastle & Lake Macquarie (+11.7 per cent), Southern Highlands & Shoalhaven (+10.3 per cent), and Geelong in Victoria (+9.7 per cent). 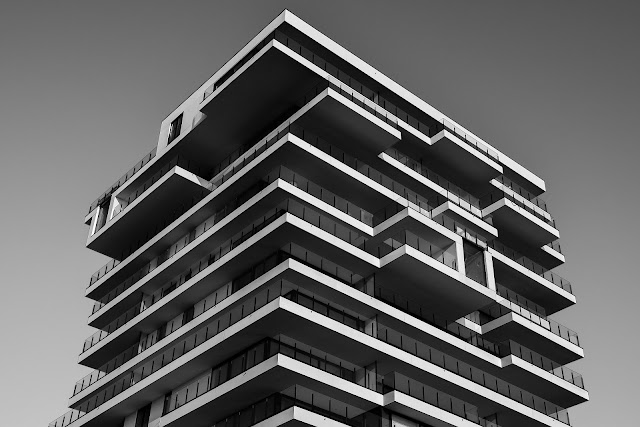