New South Wales saw another massive +14.6 per cent increase in total land values in the 2017 financial year, to more than $1.7 trillion.

This year's figures are not used directly for the calculation of rates, which are only updated every three years. 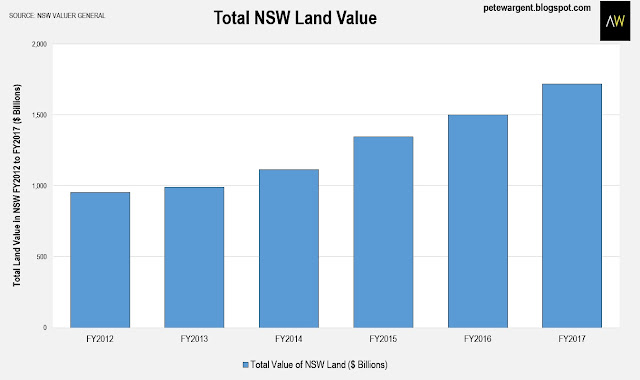 Some LGAs have been amalgamated, so in certain cases the FY2017 figures are not included in the graphic below, but broadly the story was essentially more of the same.

Indeed, over the past five financial years the greatest increases in median land value have been recorded in Hunters Hill ($994,000), and Strathfield ($963,000).

Interestingly the strongest performing LGAs in FY2017 included Ku-ring-gai, where the median land value was up by +22 per cent, and Camden where land values increased by +21 per cent, with zoning changes the key driver in both cases. 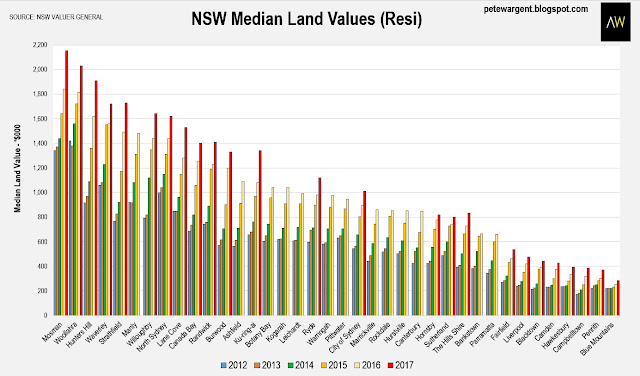 The smallest land price gains in dollar terms over the past five years were recorded in Penrith ($152,000) and the Blue Mountains ($64,000), although in the case of Penrith that still equates to a +69 per cent increase from a low base.

According to the Valuer General's report the new land values are reflective of the property market as at 1 July 2017 and were based upon analysis of over 52,000 property sales, with volumes considerably higher than across all recent years.

Note that the Sydney property market cooled significantly in the second half of the year, and this is not captured in data for the 2017 financial year. 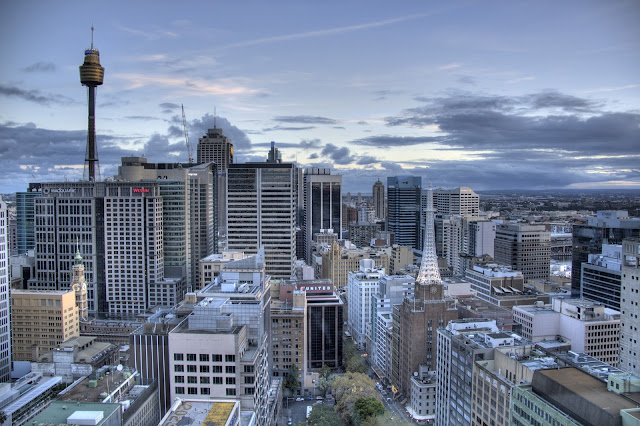