To put that in perspective, before this cycle no state or territory had ever gotten near to even 60,000, although there was a bit of a funding-related gap in the ABS survey through 2008-9.

Sydney may well be set for a record low unemployment rate over the next ~18 months on this evidence, so it's small wonder it remains the premier city of choice for immigrants.

Melbourne is shaping up extremely well too, while Brisbane and Perth are recovering nicely, if steadily. 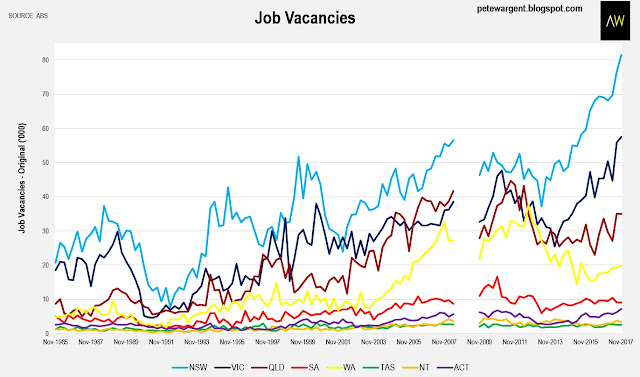 Jobs vacancies have thus exploded 17 per cent higher year-n-year to 210,800, easily the highest level on record - the Aussie economy is back in business! 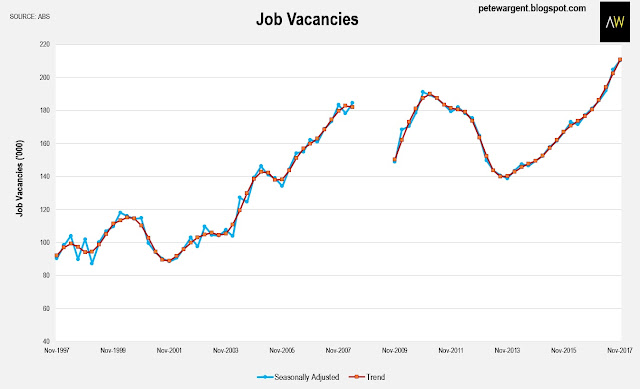 And the number of unemployed persons per vacancy has declined to the lowest level in years, so finding a job is typically getting easier. 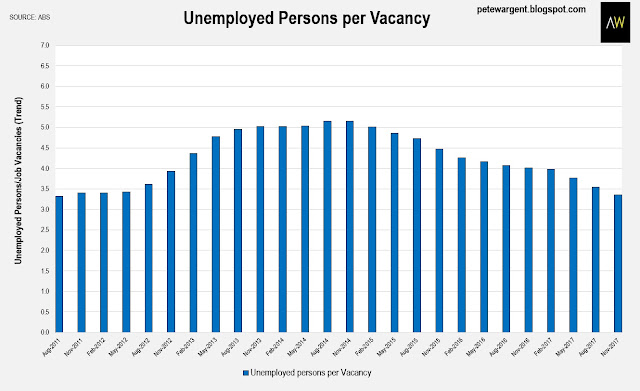 Why is this important? Because it suggests that Australia is returning to full employment, although experiences in other parts of the world suggest it will take a fair old while yet to see wages pressure gathering any meaningful pace. 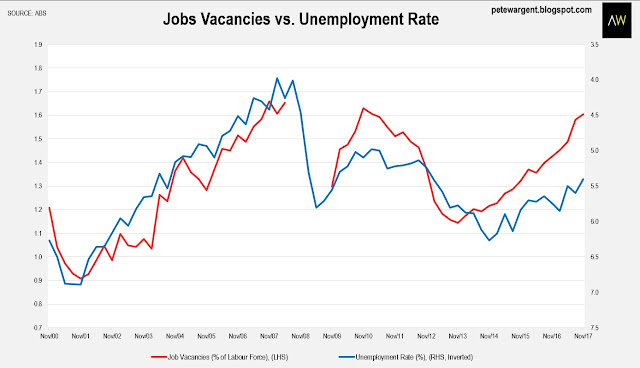 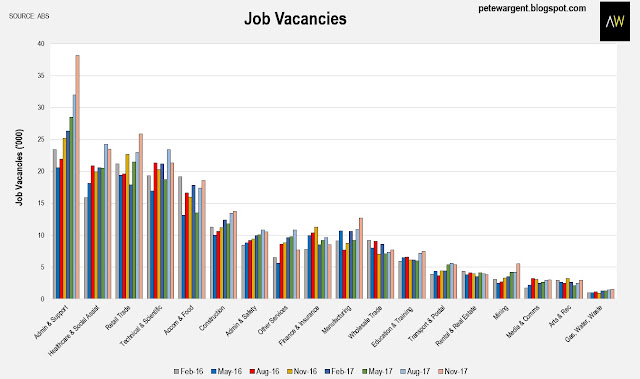 A terrific set of numbers across the board, and especially for Sydney and New South Wales, where the number of unemployed persons per vacancy has hit a record low. 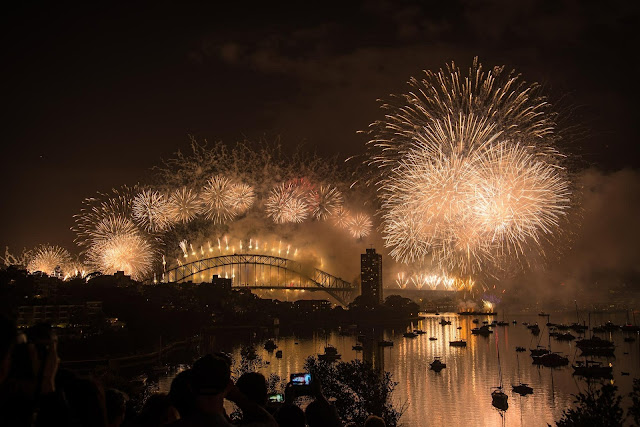