The dwelling supply (in 3 short parts)

One of the most misunderstood of all data releases is that of building activity, so let's see if I can shed at least a shard of light upon it, in three short parts.

Firstly, then, the number of housing starts held firm at just under 55,000 in the September quarter.

There are still attached dwellings being kicked off aplenty, but there's been a quietly subtle shift towards more townhomes and fewer high-rise apartments lately, which is a positive move. 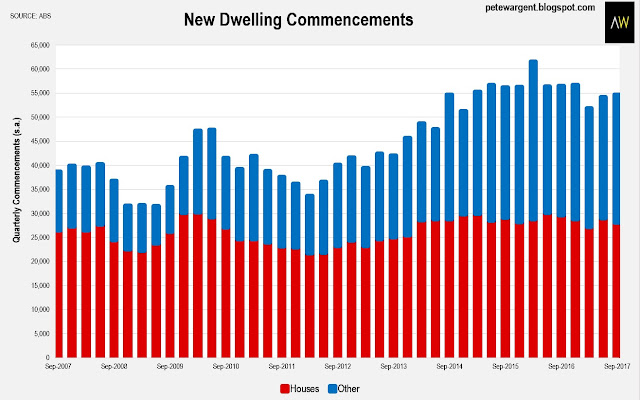 By the end of September the feared glut of completions still hadn't really arrived in full, and in fact the number of completions had been gently sliding for several quarters. 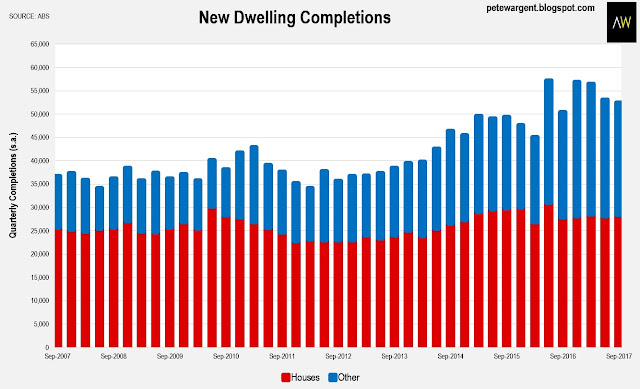 The obvious reason for this is the huge number of units in the pipeline, for on average apartment or multi-unit projects take longer to build than houses.

At the end of September 2017, there were still just under 220,000 dwellings under construction, including around 152,000 attached dwellings, which is still extremely high. 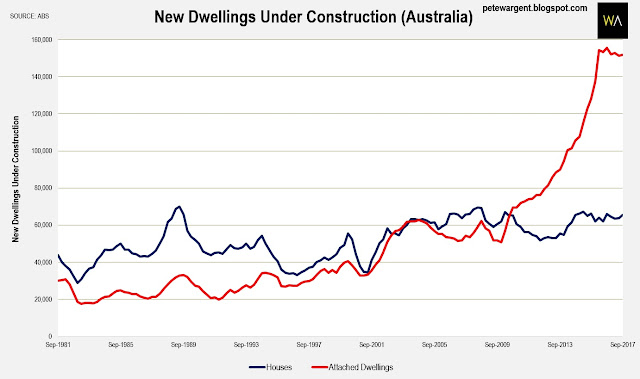 A glut of completions likely began to hit the Sydney market in the final quarter of the year, so a spike in vacancies might be expected. Elsewhere, developers are steadily chewing their way through the pipeline. 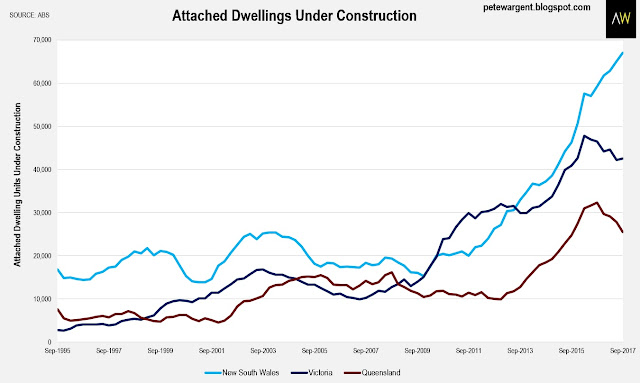 Sydney is seeing fewer houses built this cycle, but even so across the state there were more than 87,000 dwellings under construction at the end of September, comfortably the highest on record for any state.

Including all commercial construction the building pipeline in Australia has never been higher, approaching a thunderous $90 billion!

Finally the Brisbane apartment market continues to rebalance itself, with new starts slowing to a crawl.

The trend figures present in a somewhat generous fashion here, with the original data series confirming that new starts would be a rarity by the end of the calendar year. 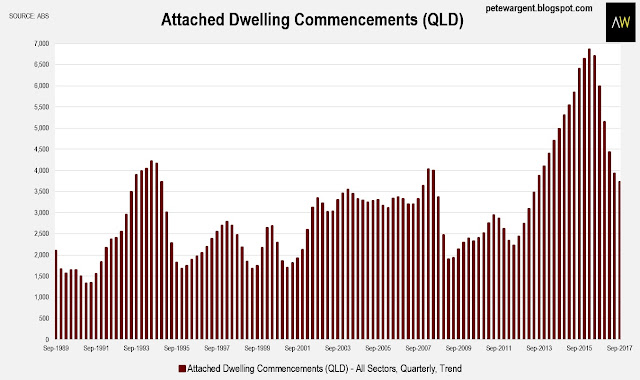 Queensland also had a record high 5,678 dwellings in purgatory - being approved but not yet commenced - with quite a number of inner city apartment projects evidently stalled or mothballed. 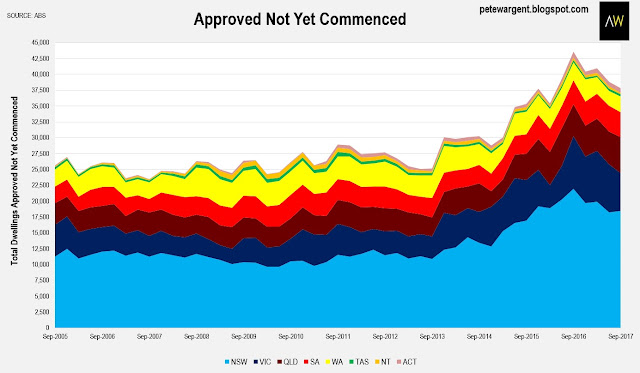 Overall, expect to see Brisbane's apartment market swinging back towards equilibrium in 2018 as migration picks up from interstate and overseas.

In Sydney, apartment completions will be running extremely high in 2018, so opportunities will present themselves for renters to snare a few bargains.

Finally, construction employment looks set to hold at or around record highs this year, both in absolute terms, and as a percentage of the workforce, with the building pipeline tracking at phenomenally high levels. 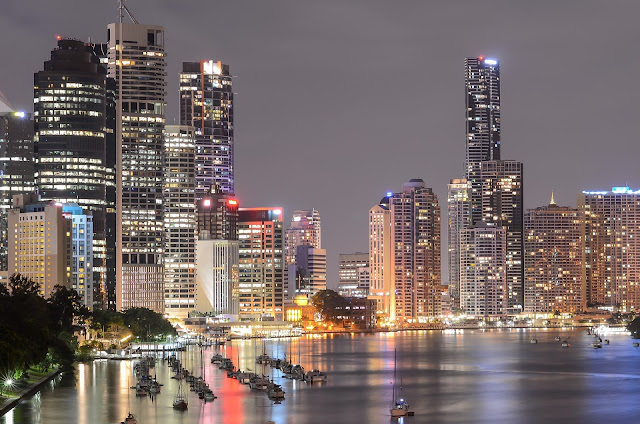