That makes 2017 the biggest year on record for employment growth at +403,700, with the survey recording 15 consecutive monthly gains for the first time in four decades.

Better still, ¾ of the growth was in full-time jobs. 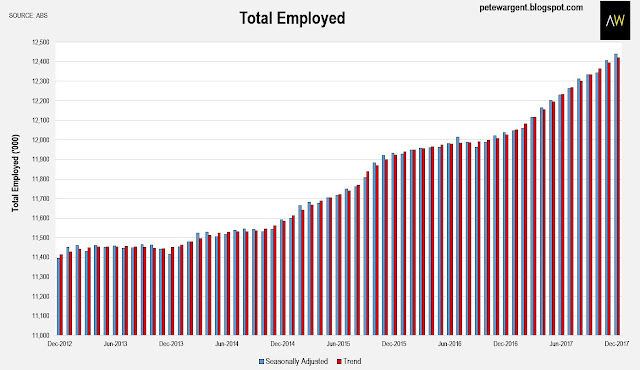 Annual employment growth was the biggest ever for a calendar year, then, while in percentage terms the growth rate just rounded down to +3.3 per cent, absolutely miles above the 20-year average of +1.9 per cent. 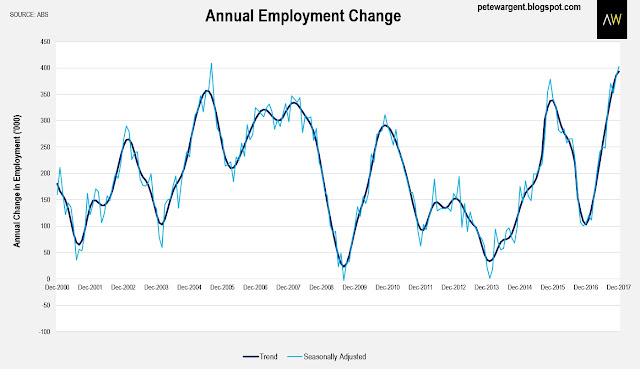 The trend unemployment rate was 5.44 per cent, the lowest since January 2013. 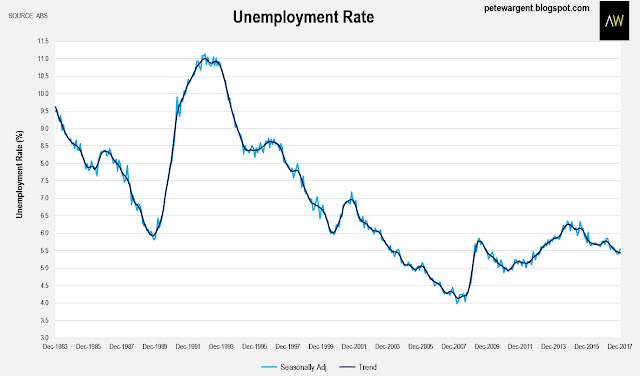 A terrific set of numbers, it must be said, with the Coalition now having overseen employment growth of +956,500 since coming into office.

Queensland may see its monster employment growth rate of +4.6 per cent ease back in the coming months as a strong print or two washes through the annual data.

Meanwhile, New South Wales employment growth has followed jobs vacancies as anticipated to create a stunning +139,700 jobs in a year, including an outrageous +150,600 since February alone!

It's pleasing to see Western Australia creating jobs again too. 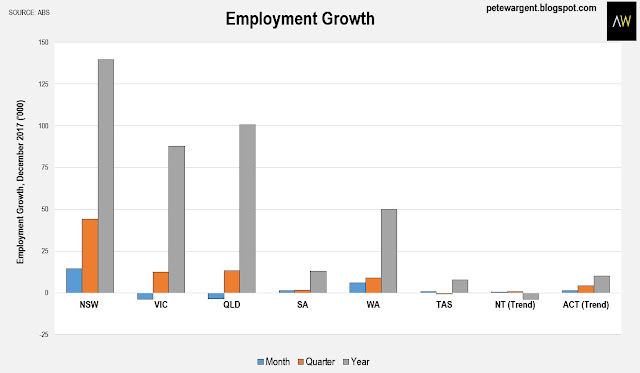 The trend unemployment rate in New South Wales continues to drop towards record lows, now at just 4.67 per cent. 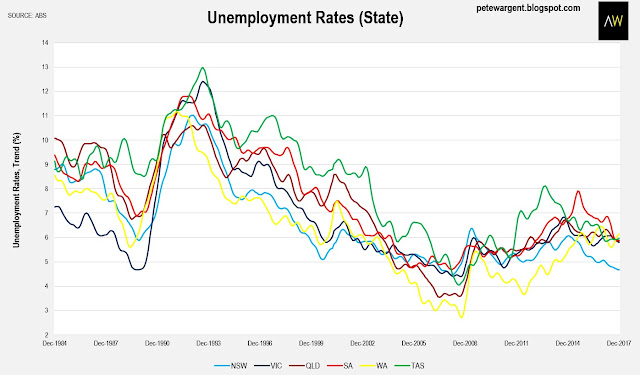 Note how things are quietly improving in South Australia too, with the unemployment rate now below 6 per cent.

Last but not least, the trend in hours worked notched +3.6 per cent growth over the calendar year. 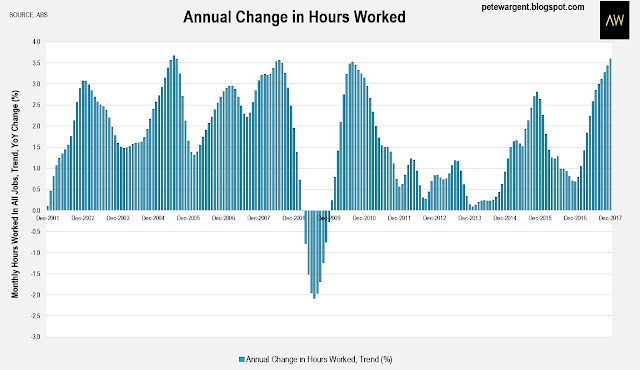 Overall, this was another great result, especially for New South Wales.

Wages growth will start to pick up eventually, but experience overseas suggests that could take a while yet.