This was the biggest monthly gain in several years, and a 12-month high for total lending.

Businesses are borrowing again, which is good to see, with a +14.7 per cent monthly increase in commercial finance commitments. 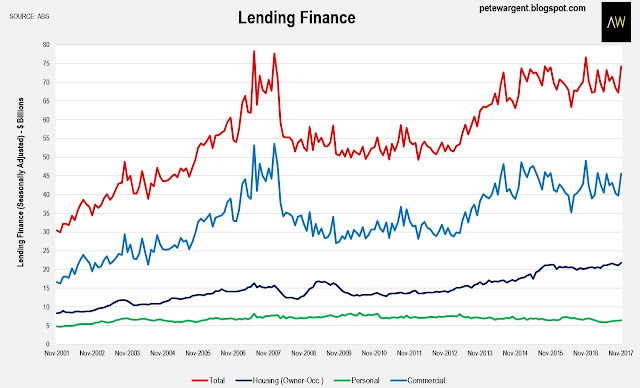 Personal lending has been trending moderately higher for the past 7 months.

Meanwhile, there's clearly been a shift from investors to owner-occupiers in the housing market.


And finally, loans to buy blocks of land soared to a record high of more than $8 billion in the month of November. 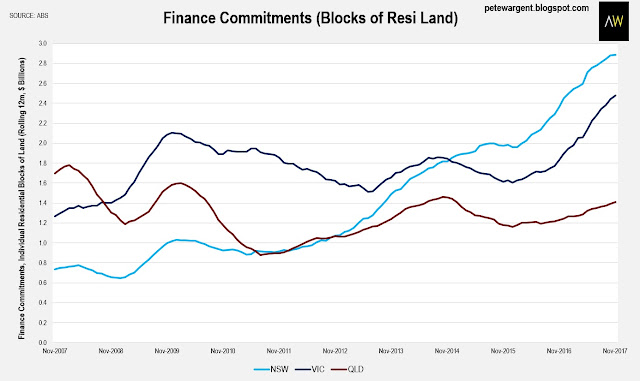 This is the latest in what is now proving to become a steady stream of stronger data releases.

Just look at what we've seen in only the past few weeks alone:


-record high jobs vacancies of 210,800 - easily the highest ever figure

-record high value of building approved - a massive pipeline of commercial, infrastructure, and residential building in the pipeline

-strong housing finance - with a +60 per cent surge in first homebuyers since July, and a swing away from investors

-a surprise surge in retail trade to the highest monthly result to date in terms of retail turnover (I'm not bullish on the retail sector generally, however)

-a projected fall in the Budget deficit, not before time

-record high immigration into Sydney & Melbourne - granted not everyone is keen on this, but it does show just how sold jobs growth has been in the two major capital cities

-a record high for land sales

And that's just for starters, with other surveys clearly pointing to the economy having turned a corner, which is a relief after a sparse few years.

Strangely, some commentators are trying to systematically talk down every single one of the recent improvements in economic data.

This normally happens when people are trying to shoehorn the narrative to fit or justify an earlier forecast (much better to admit it when news surprises and move on), or to flog you something.

Either way, it's been a happy new year for the government and Reserve Bank. Next stop, wages growth, but probably not until late in the year! 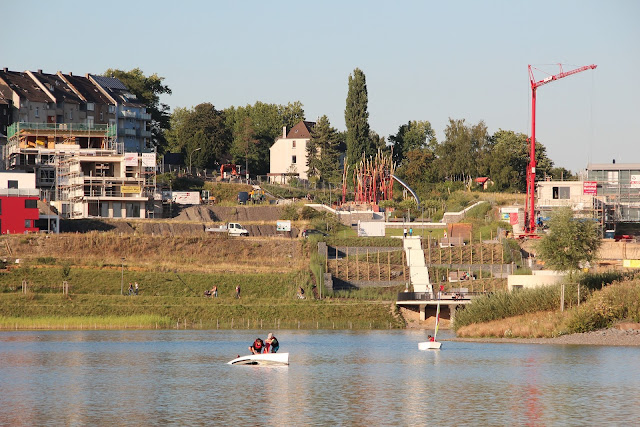