Australia in 2018 (Crocodile Dundee grows up)

With a bit of scuttlebutt this week about a forthcoming new Crocodile Dundee movie (fake news, no doubt) let's take a quick look at how Mick Dundee would assess the changes in Australia since 1986, assuming he'd been walkabout Stateside for a few decades...

5 million people in one place

On arrival in Manhattan, Dundee famously exclaimed: "That's incredible. Imagine 7 million people all wanting to live together. Yeah, New York must be the friendliest place on earth!".

Since 1986, Australia's population has increased very strongly from around 16 million to nearly 25 million. Mick would be surprised to discover Sydney itself taking on more of a Manhattan feel, with well over 5 million residents, from fewer than 3½ million back then. 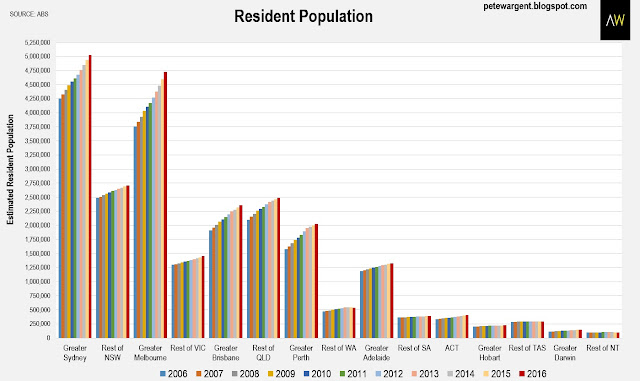 The population of the Territory remains fairly sparse, however, at under ¼ million in total, with population growth in the Top End now having almost totally stagnated after the recent resources boom.

Mick might also be surprised to find that working women like Sue Charlton are increasingly a force to be reckoned with Down Under. 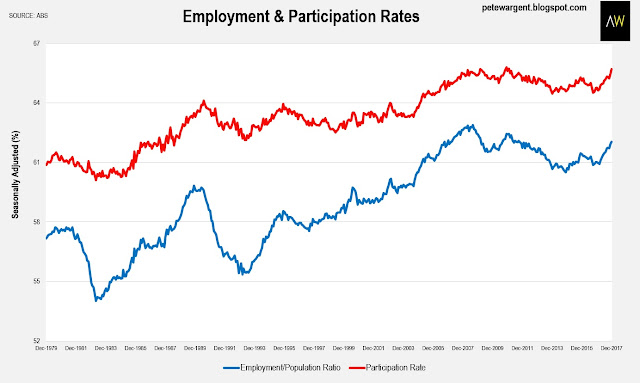 However, the newspaper industry once dominated by people like Sue's father has undergone a few changes in recent years too - her prized role as a feature writer might well be a casualised position today.

In the original Crocodile Dundee movie we learned that Mick was once married, but his wife ended their relationship after he 'went walkabout' for a short while (OK, for 18 months).

The crude marriage rate has declined since then, and Australians are living together before marriage more and divorcing less than they were even 20 years ago.

2017 was the year that will be remembered for Australians at last being asked for their views on marriage equality, and for Australia voting a resounding 'YES' to same sex marriage.

'I remember television from way back...'

Mick Dundee was no fan of television, and he'd be heartened to discover that Aussies are increasingly shunning traditional television (free-to-air viewing is down from half a decade ago...albeit to just under 3 hours per day!), even if households overwhelmingly still have at least one working TV set.

He'd be less enthused by the massive growth in internet use, however! Australian households now have an average of more than 6 screens per household, with multi-tasking TV sets now accounting for 31 hours per Australian per month. Strewth!

The man who was the inspiration for Crocodile Dundee was sadly killed in police shootout in 1999.

Thankfully, firearm holdings and deaths from both murders and suicides fell sharply in Australia after the enactment of firearm controls in 1996/7.

In a welcome move away from American attitudes to gun control, the National Firearms Agreement followed shortly after the Port Arthur massacre of 1996, with the gun buy-back scheme running from October 1996 to September 1997 and nearly 650,000 guns being prohibited.

In Australia today a knife is by far a more common weapon than guns in murders, attempted murders, and robberies.

On a far more uplifting note, today both Melbourne (#5) and Sydney (#7) are comfortably ranked among the world's top ten safest cities in which to live, and long may that remain the case.

Australia is a considerably wealthier country today than it was three decades ago - in fact, we have the second wealthiest households in the world after Switzerland - built on mineral wealth and more than a quarter of a century without a recession.

But buying a home costs more today too, with inequality and how our unprecedented wealth is distributed set to become a key election issue over the year ahead.

People are older on average, with the median age rising to 37, and we're typically doing most things later in life than we used to (though not worshipping so much, we've lost a bit of interest in that).

A greater share of Aussies today were born overseas than at any time over the last 120 years at nearly 30 per cent. We've become far more diverse, more worldly, and more tolerant, and over the next year some sensitive debate about the appropriate date for celebrating Australia Day will take place.

For many, 2017 will always be the year in which Australians were finally asked whether they supported same sex marriage, and overwhelmingly took pride in responding "get it done".

For all the ongoing challenges, and to be momentarily parochial, Australia remains by far the best country in the world in which to live. 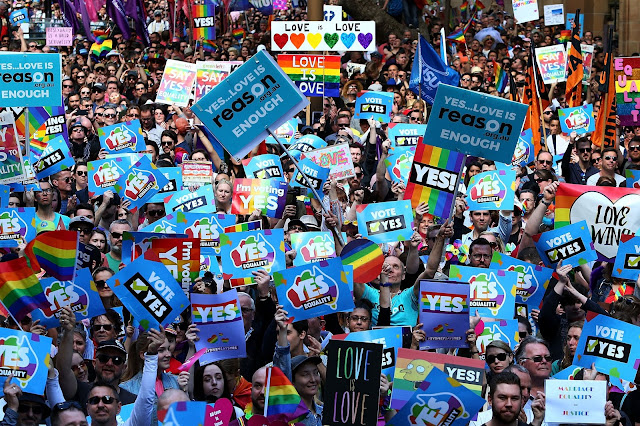