Wages up a bit

Wage prices - one of the most keenly anticipated releases of the year! Let's take a run through it in half a dozen charts.

Firstly, quarterly wages growth came in above market expectations at +0.6 per cent.

And the annual rate of wages growth rose for a second consecutive quarter to +2.1 per cent.

So that was a mild positive. 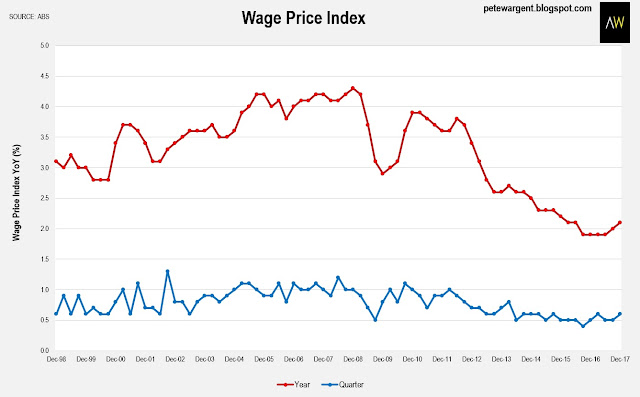 Yet it says something about how low expectations have fallen when the Aussie dollar cheered a result within which private sector wages increased by just +1.93 per cent in 2017. Ouch.

Public sector wages growth was notably stronger at +2.44 per cent.

Both sectors have picked up from previously softer levels, while public sector wage prices have outpaced the private sector since 2013. 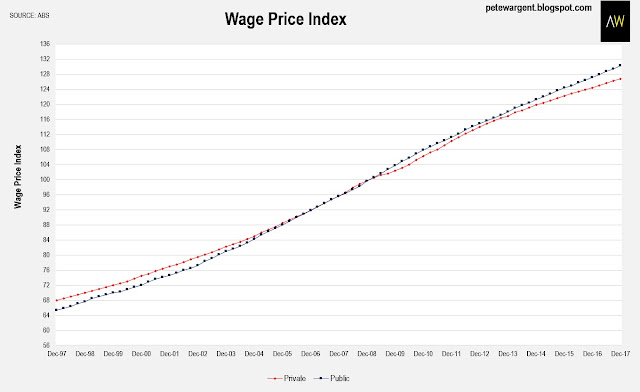 At the state level Victoria is now in pole position with wages growth of +2.4 per cent.

This doesn't fit entirely squarely with the meme that immigration is to blame for low wages growth (since Melbourne has by far and away the highest rate of population growth in the country), albeit the rebound was largely driven by pay deals in the public sector.

Wages growth in Western Australia is off the mat and lifted a little to +1.5 per cent, but the Northern Territory is sagging with wages growth dropping to just +1.1 per cent as the growth in both the real economy and the population of the territory stagnates.


Wage price growth in Queensland (+2.2 per cent) and New South Wales (+2 per cent) was back in the pack.

The big picture is that in nominal terms wages are growth at about half the rate we saw before the financial crisis. 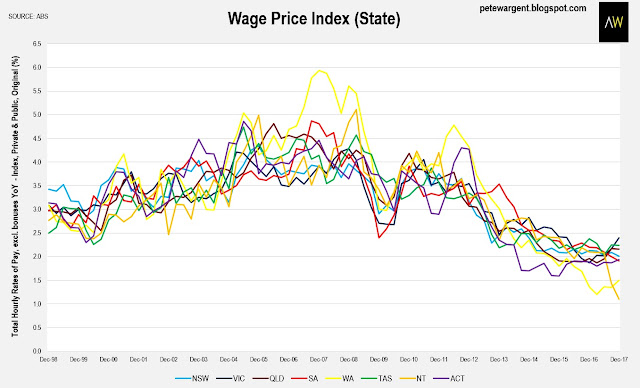 Interestingly, Western Australia also saw electric wages growth when its population was booming, and the state has recorded the strongest wages growth over the two decades of available data. 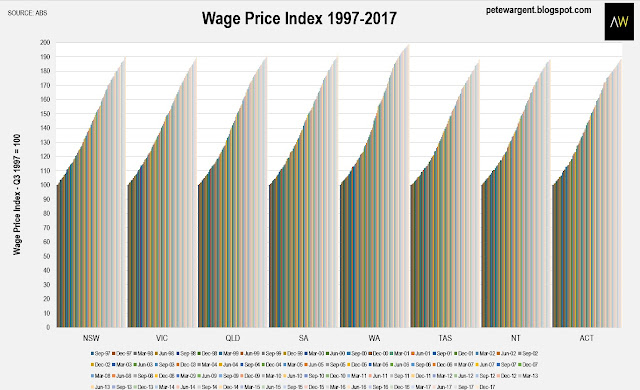 At the industry level mining sector wages (+1.4 per cent) are still acting as a downdraft, while retail trade and real estate wages were also very soft in 2017.

Healthcare and social assistance, which has been the major growth sector for employment in recent years, saw the strongest wages growth at +2.8 per cent. 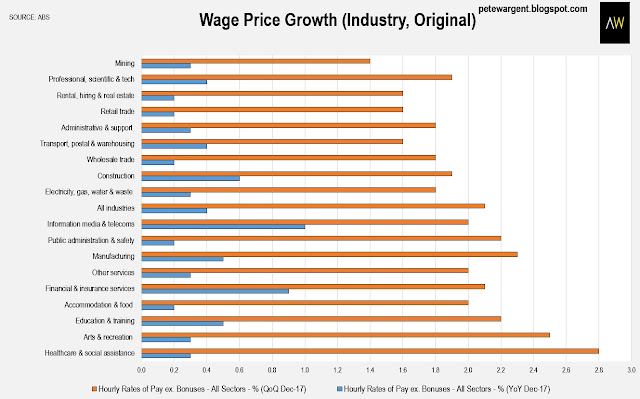 Finally, wages growth has comfortably outpaced the cost of living increase for a long period of time, but lately the figures imply that this may not have been the case for many workers in the private sector. While a second consecutive lift in annual wage price growth will generally be greeted as a positive sign, there is no getting away from the fact that private sector wages growth continues to track at extraordinarily soft levels.

I guess if you were being optimistic you'd say that things are looking up, and the numbers do support that view, but it looks to be a bit of a slog ahead. 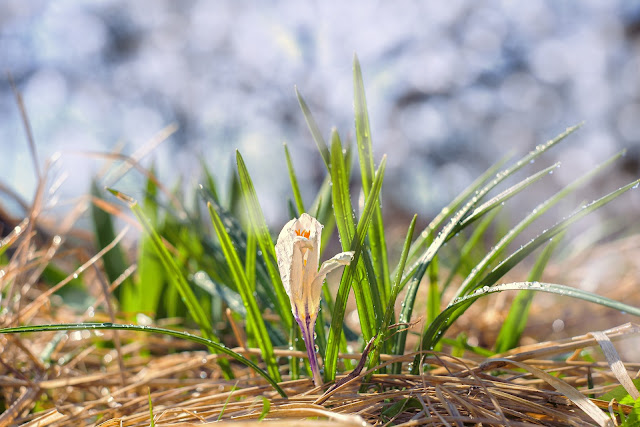