Housing finance was fairly flat in December at $32.9 billion, or down a notch excluding refinancing.

Around the states Victoria and Tasmania look comfortably the strongest, with some moderate growth in Queensland, South Australia, and the ACT.

Elsewhere homebuyer activity looks to be soft or softening (or in the Northern Territory's case, slip sliding away...).

Investment lending is generally easing too.

The number of loans written declined in December, but the average value of each loan is trending higher. 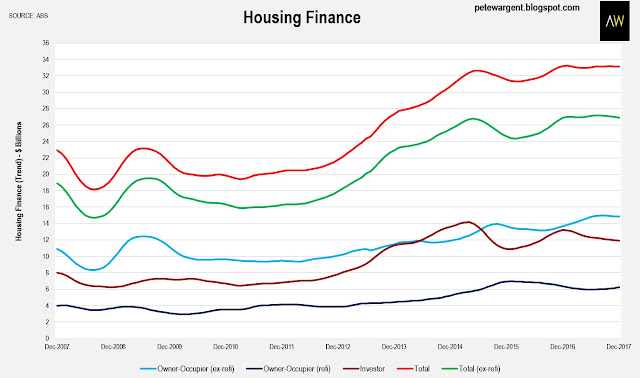 The number of finance commitments for new dwellings recently hit the highest level since the 1970s, which implies that the fourth quarter of 2017 saw a rush of new apartment completions, predominantly in Sydney. 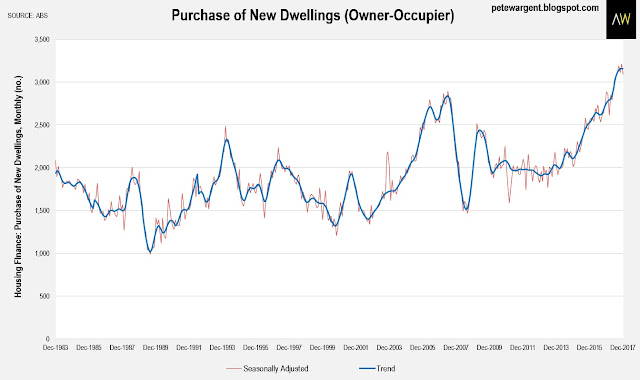 The average first homebuyer loan size has risen a touch in recent months, while for non-first homebuyers December average's loan size of $406,000 was by far the highest on record.

Higher prices on lower volumes anyone? 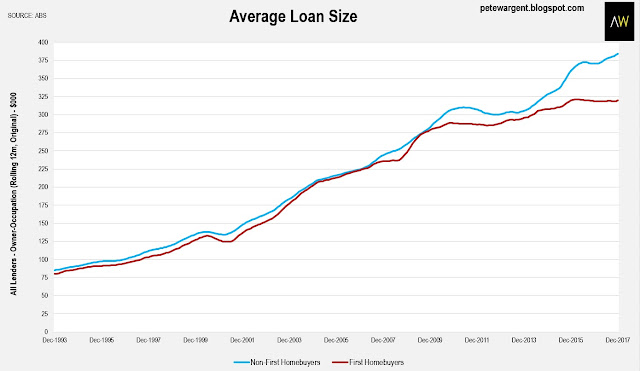 Loan sizes were up in Sydney and Melbourne, to fresh record highs. 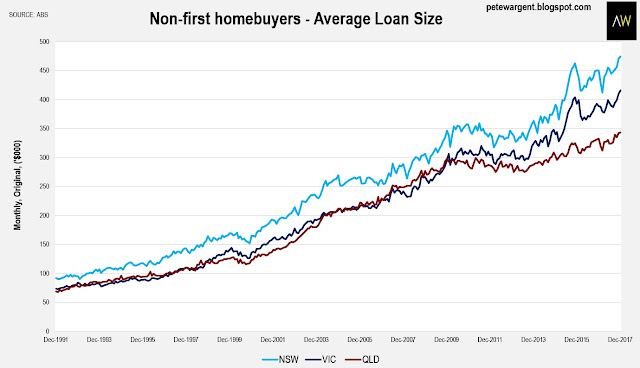 The number of first homebuyers has received a significant stimulatory boost in this financial year, but December/January are short months due to the silly season, so we won't get another good read until the February data is due out.

The boost has been felt mainly in Melbourne/Geelong, then Sydney, and then Brisbane, in that order. 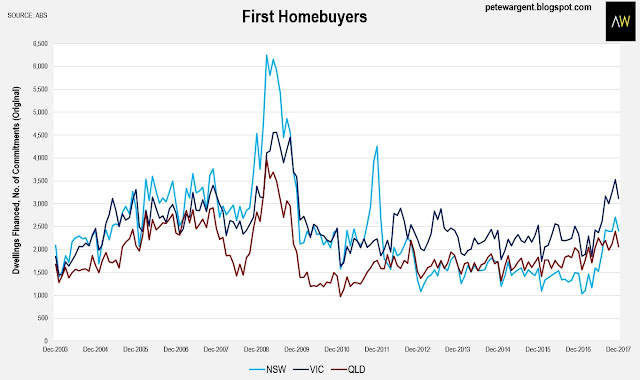 Finally, the non-banks continue to plough steadily back into the market. 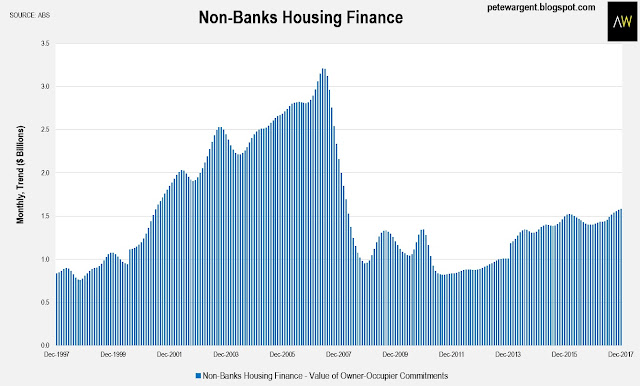 Overall, it seems that APRA's measures to cool housing lending, especially to investors, have achieved their objective, although the average size of each individual loan is rising.

Next up, a look at where investors are still buying. 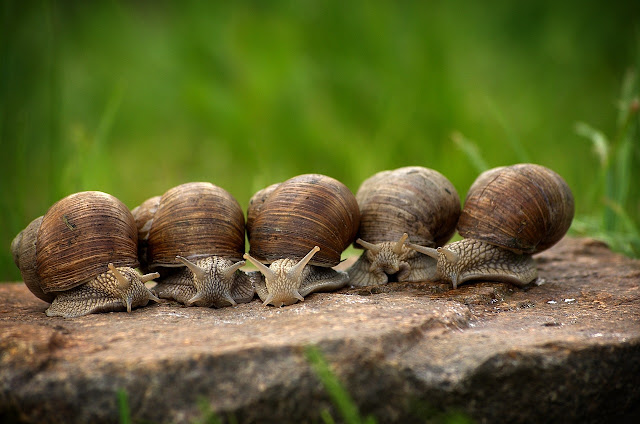