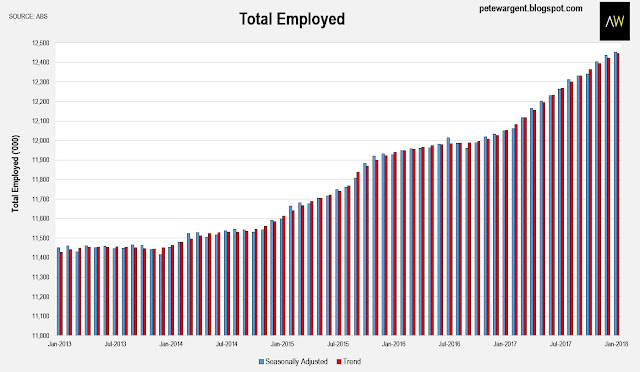 Annual employment growth remained very strong at +403,000 or +3.35 per cent, but this month there was a wild swing towards part-time work, which stripped the positive sheen off the result.

By far and away the most jobs were added in Queensland in the month at +19,700, although this month's gains were of the part-time vintage.

Queensland's economy added +118,000 jobs over the past year, which represents a huge rate of statewide employment growth at +5 per cent, with +91,600 of those being full-time positions. 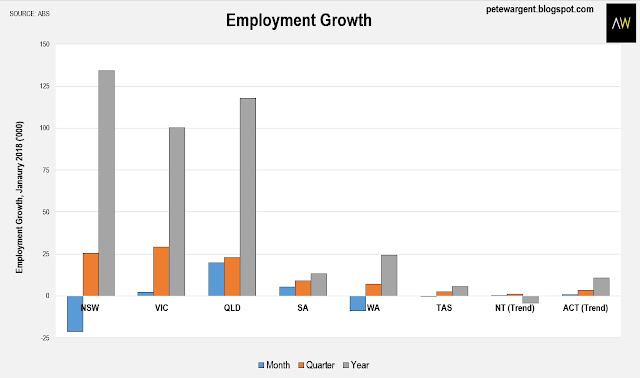 The participation rate was down a notch in January, but the trend has been up to around the highest level in 7 years, with Queensland being one of the states to see a marked lift in recent times. 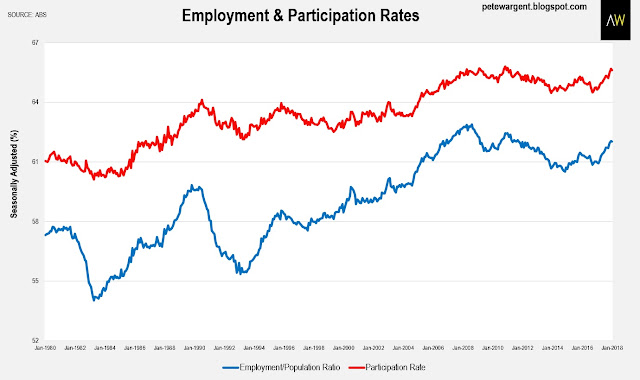 The unemployment rate ticked down a notch to 5.49 per cent, but the downtrend seems to have lost its way a bit. 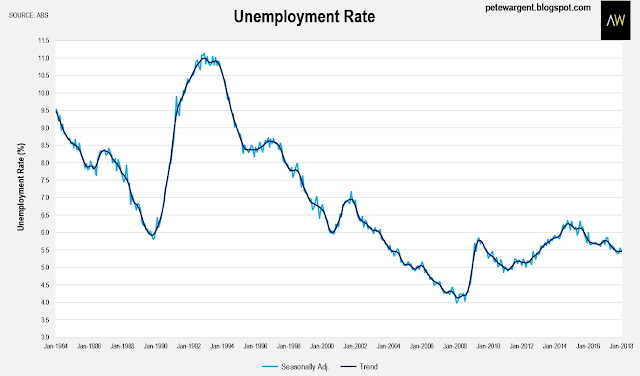 At the state level, New South Wales and to a lesser extent Victoria look to be in reasonably good nick from an unemployment rate perspective, but Tasmania clearly wins the most improved mantle as the state's mini-boom continues. 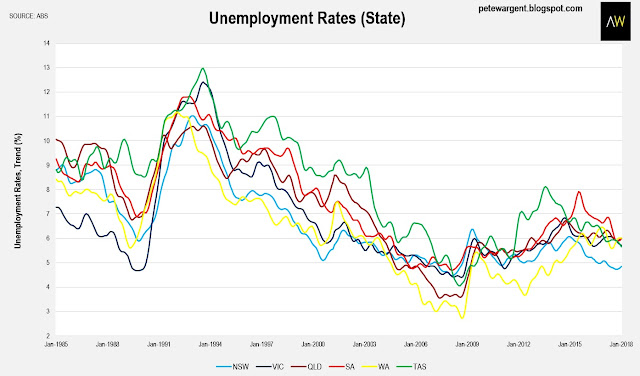 Finally the trend annual change in hours worked also slowed to +2.7 per cent - another softer indicator, reflecting more part-time roles and plenty of slack in the labour force. 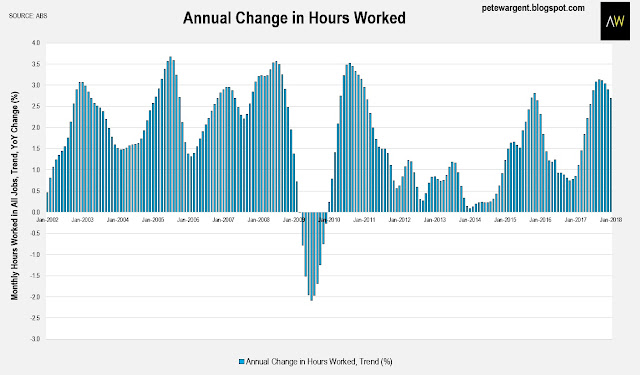 Not a bad headline result but softer underlying figures, and the unemployment rate at ~5.5 per cent looks too high to be associated with significant wage pressures.

It's only one month of figures, of course, but this may herald a looming slowdown in the very high rate of employment growth seen in 2017. 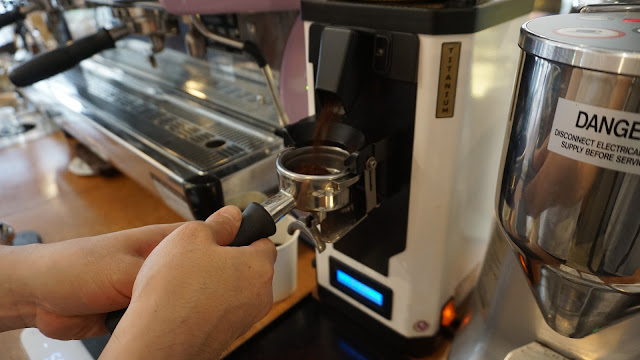