When all's said and done Brisbane construction and apartment pre-sales are slowing up, while population growth into Brisbane is picking up strongly.

All that remains to be seen, then, is how quickly or otherwise the new flood of supply is absorbed.

Here's a short blog with no statistics at all, just some photos from a major construction hotspot: Newstead.

What was previously a great big planning hole, is now home to apartments, a supermarket, shopping centre, bars, and restaurants, all within easy walking distance of the Teneriffe ferry terminal, and a very short distance of the Central Business District (CBD) of Brisbane.

I go to Newstead for a coffee most mornings these days - there's quite a bit going on around the gasworks area, not least in terms of cranes and construction!

While other cities already have many attached dwellings, this style and scale of development is relatively new for Brisbane, and is resulting in a record uplift to apartment stock. 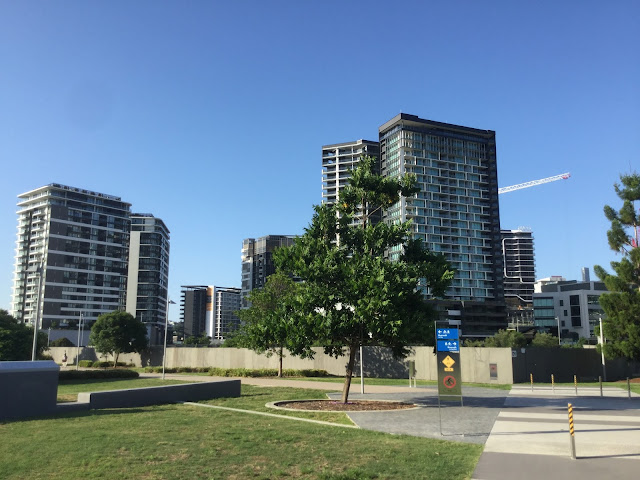 There is still a fair amount of construction work ongoing, although the bulk of the new volume is either now completed or close to being completed.

The large tower block in the centre of shot - Haven Apartments - only completed in October, so there are still plenty of rentals available here. 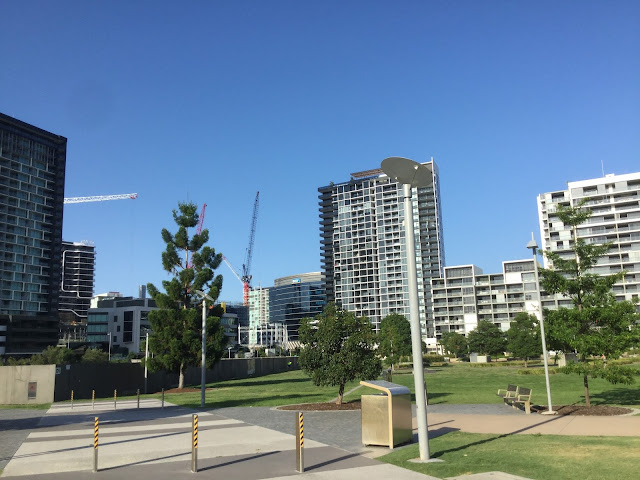 Some of the apartment construction still underway - to the right of shot, Aveo, has yet to complete. 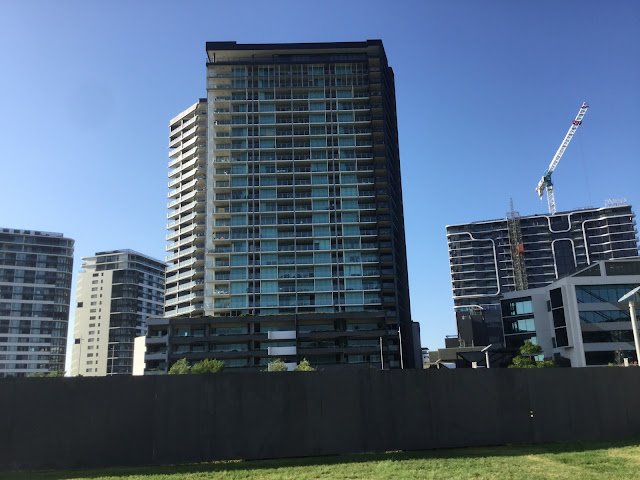 That said, Aveo is targeted at a different demographic, being retirement living, and arguably there is far more of a need for this type of development as opposed to the generic investor stock.

As an aside, isn't that one smug-looking Baby Boomer?! 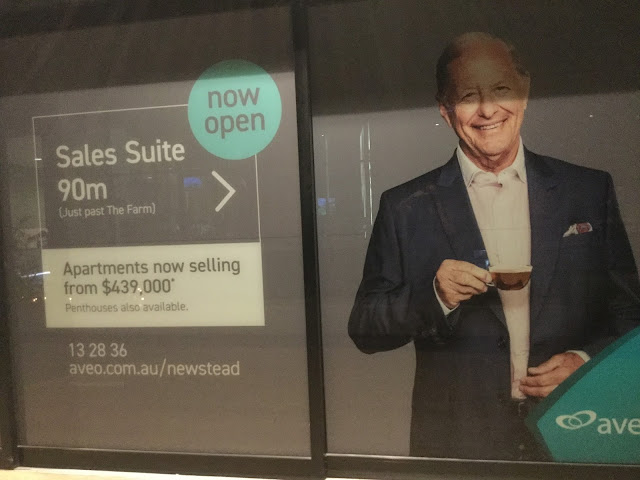 There are some other more boutique blocks yet to finish around the old gasworks. 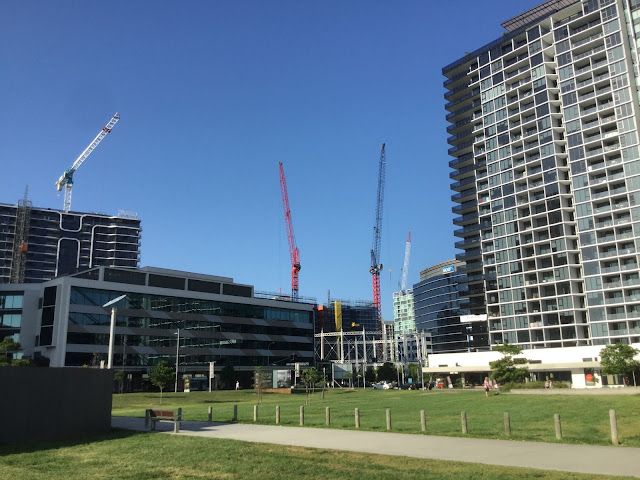 And Mirvac has its Unison/Waterfront stages close to the Brisbane River with some of its 2- and 3-bedroom apartments yet to be sold.

As suggested by the faded signboards, these stages have been a little while coming. 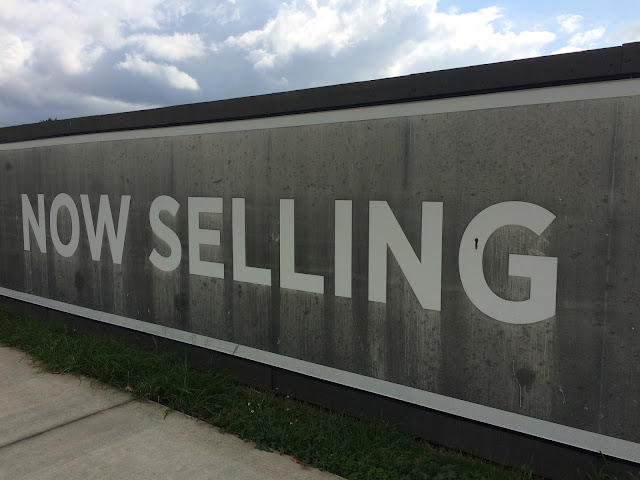 In saying that, there are many things to worry about in Brisbane's apartment market, but Mirvac's developments are not one of them.

Mirvac has earned a well-deserved reputation for delivering high-quality stock with great appeal to homebuyers, and this location will doubtless be no different.

You can study charts and statistics until the ink falls off the page, but there's nothing quite like going for a look around, especially the old 'lights on' test.

Some photos, then, from Sunday night at 7.30pm.

Of course, the nature of apartment living at weekends is that not all lights will be on, as people eat out more than they used to, and so on.

But it's not a bad indicator, especially when you compare to blog posts from a year or two ago, when all I was shooting was essentially empty balconies with no furniture, or indeed any signs of life at all.

As you can see to the left of shot, Haven still has some empty apartments on the rental market.

But for a block that settled only a few months ago, it's clearly filling up. 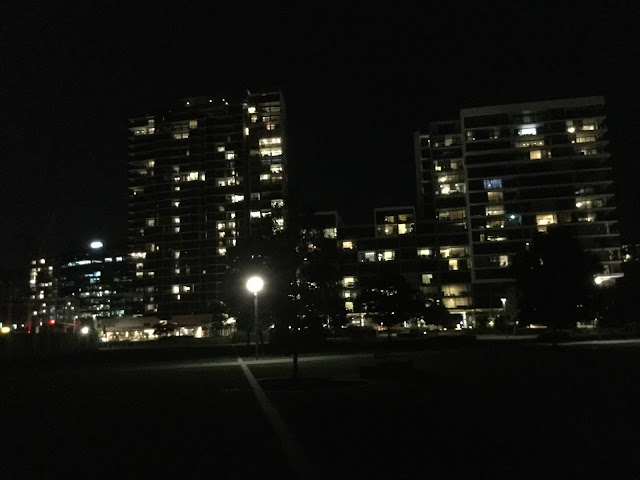 Zooming in the shot a little, the occupancy rate looks to be in reasonable nick, all things considered.

The 2016 Census showed that second only to Sydney, Brisbane had the lowest rate of vacant dwellings on Census night, which might surprise a few people.

Hang on that's a statistic, and I said I'd avoid those for this post.

We know from previous cycles in other cities that when there is a surge in completions then vacancy rates can spike, the question is how long for? 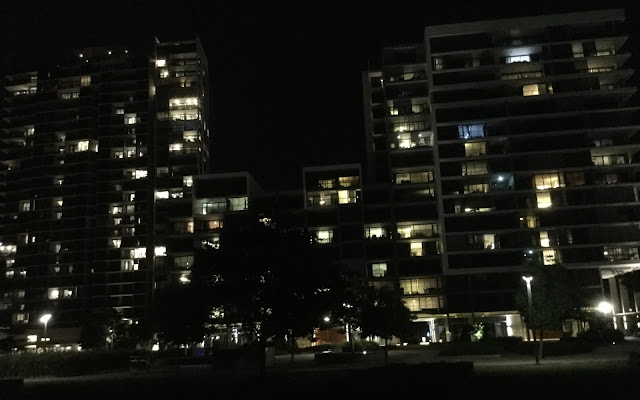 Haven apartments from the front. 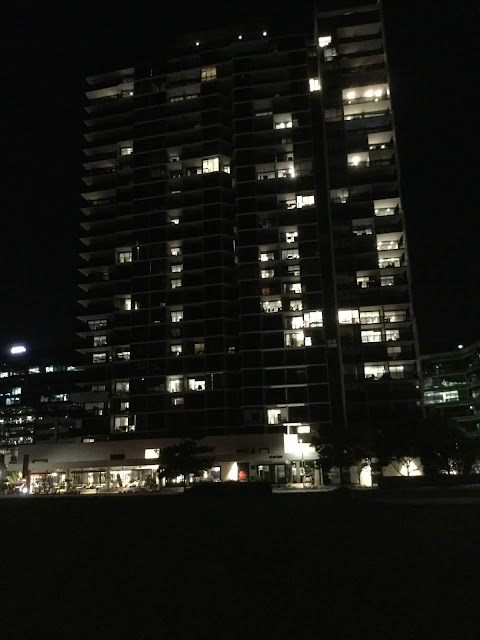 Spinning the shot around 90 degrees or so to the left, the dark matter to the right of shot is Aveo, yet to be completed. 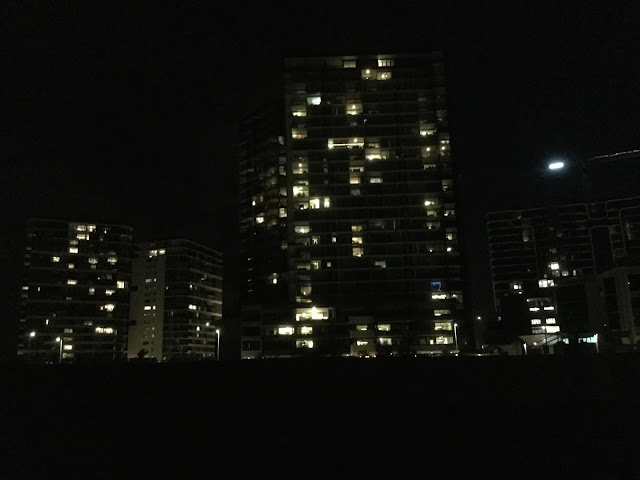 As for the amenities, they are absolutely buzzing with activity, even quite late on a Sunday night. 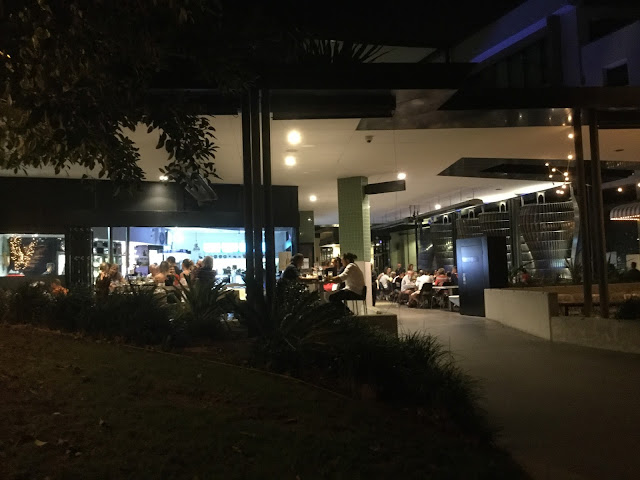 I visited a couple of bars last night (for research purposes only) and they were absolutely pumping with activity, with families, older types, and actual real-life young people out enjoying themselves.

More than anything else this cements in my head that Newstead will be a success over the next couple of years, at least as a concept, even if apartment rents and prices are soft. 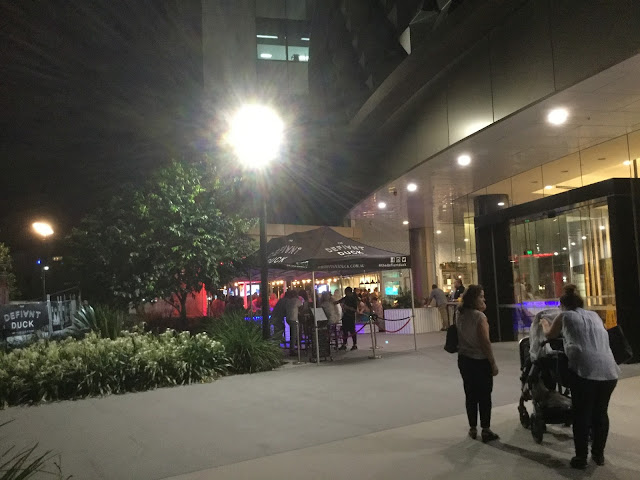 Haven from the rear. 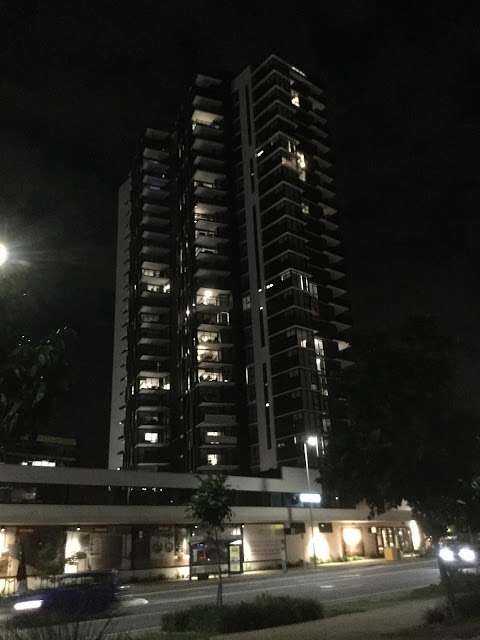 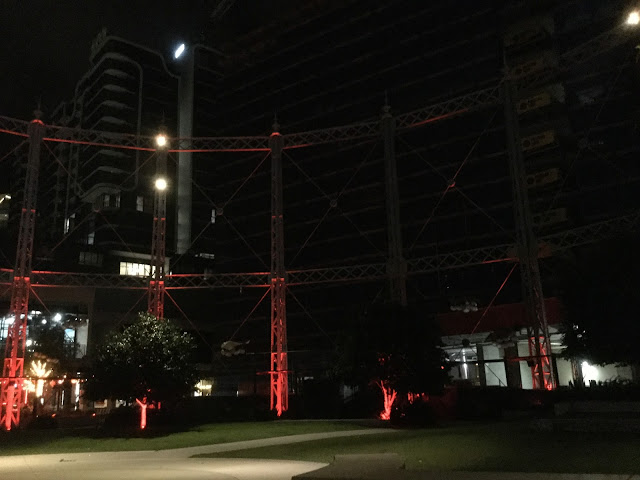 The old gasworks, lit up Brisbane-stylee. 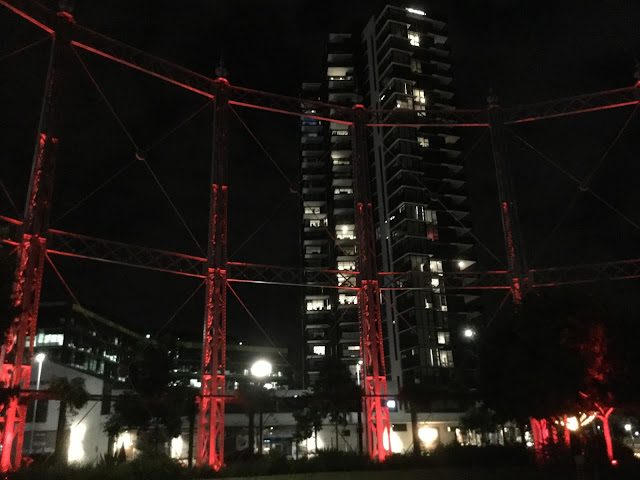 Overall, this has become something of a place to be. 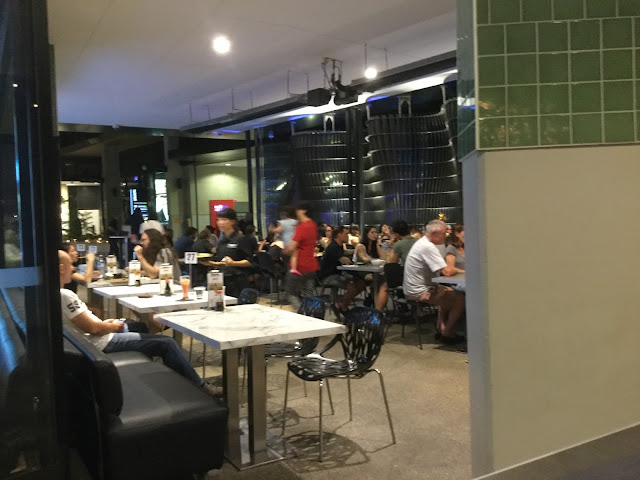 While Brisbane's apartment market is generally discussed in negative terms, there is also much to be positive about here.

It's absolutely true that too much generic investor-targeted stock has been built, including 60 square metre apartments, or blocks built close to busy highways and sold to interstate or international investors.

But in saying that, city-wide apartment rents have eased, and both young and older people are clearly centralising.

Brisbane has more than its fair share of decrepit housing stock, and in turn the new construction is forcing landlords either to improve what they offer to the market or hand over their rentals to homebuyers (or to developers that will invest in improving it).

There are so many people relocating up to Brisbane now or immigrating from overseas that the apartment market looks set to rebalance as new unit construction grinds to a halt.

With apartment rents starting anywhere from the high $300s/week, it's not that much of a surprise that folks are shunning older stock in suburbia for walkability and proximity to the city lights.
Posted by Pete Wargent at 15:29