We've seen plenty of evidence that the labour market is picking up through 2017.

And that continues in 2018, with the trend skilled vacancies now heading up for 16 consecutive months.

Skilled vacancies increase by +10.6 per cent to 183,600 over the year to January 2018, according to the Department of Employment after notching yet another monthly gain. 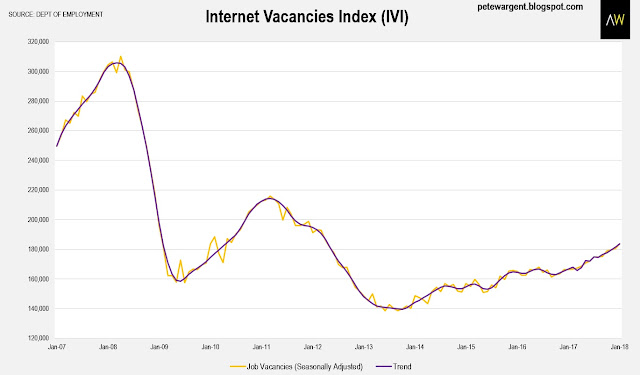 There were robust gains around the states, although the trend for South Australia has been meandering a bit. 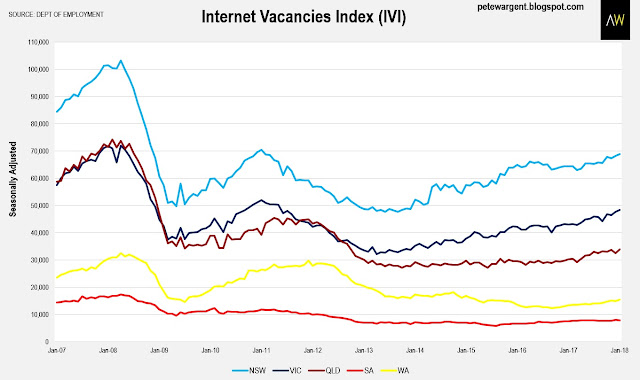 The median duration of job search also now looks to be falling.

The fastest city to find a job in has been Sydney for some time (now down to 9 weeks in January), but Melbourne (9 weeks) and Brisbane (9 weeks) also joined Sydney this month.

Job search figures are highly seasonal, so this will be a trend to watch as 2018 rolls on. 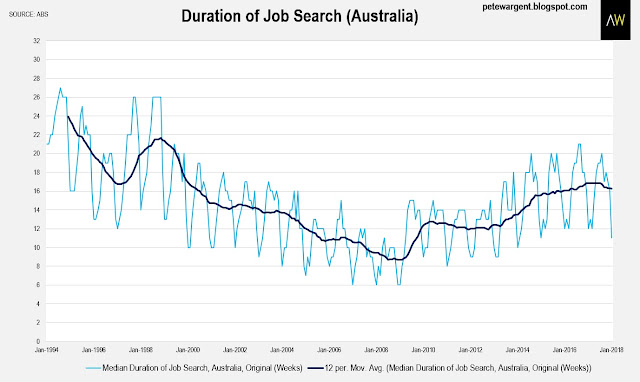 At the other end of the scale, while it took under 5 weeks to find a job in Perth at the peak of the mining boom, that number has been rising over the past decade towards 19 weeks on an annual average basis. 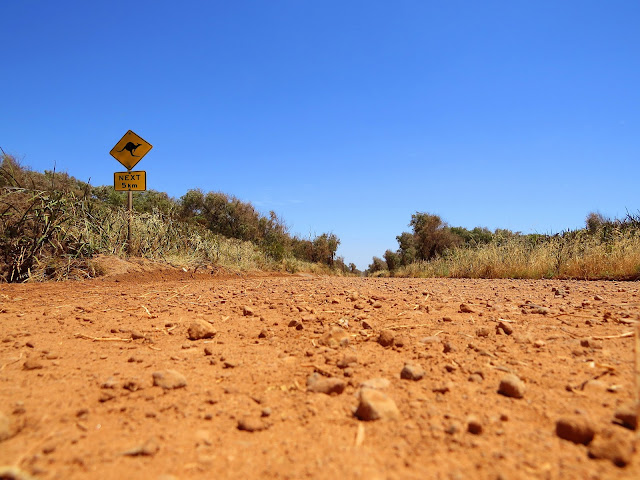