US earnings growth best since 2009

Reports of the death of the Phillips Curve have been somewhat exaggerated - lower unemployment still leads to higher earnings, eventually.

The US economy employment expansion continued into a record 88th consecutive month in January, adding another +200,000 jobs.

After a downward revision to the November result the economy still averaged +192,000 jobs over the 3 months to January, 2018 which is solid enough. 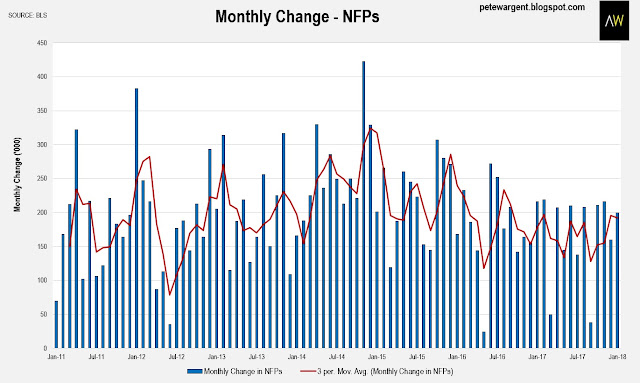 The unemployment rate seems to have settled in for now at 4.1 per cent. 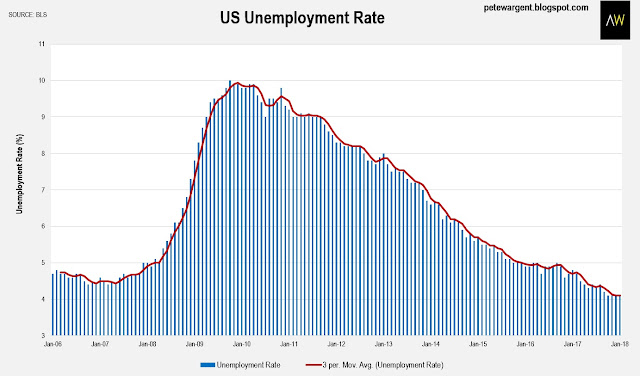 The growth in average hourly earnings jumped to +2.9 per cent, the fastest since June 2009. 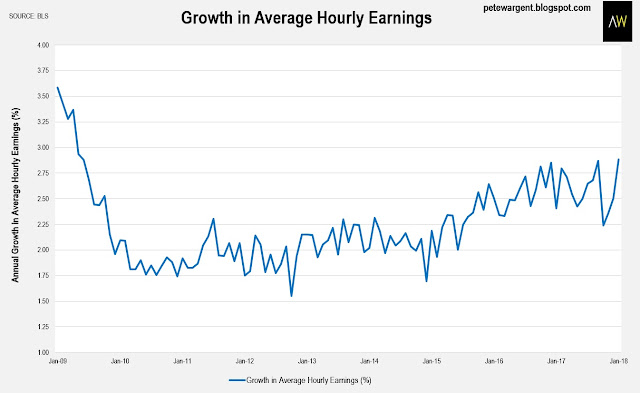 With tax cuts to come, US rates look set to march higher. 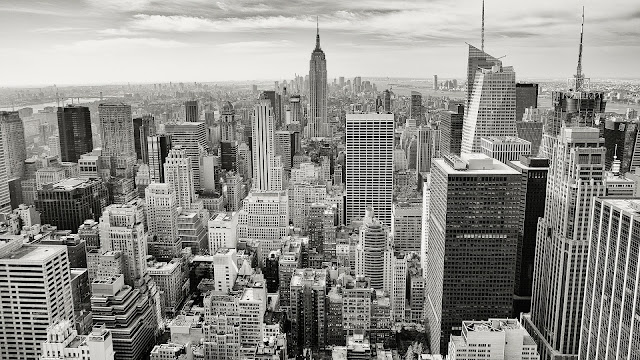