Despite this rather optimistic outlook the unemployment rate is expected to meander only slowly towards 5 ¼ per cent over the next few years through to 2020.

That seems a pretty unusual combination of numbers, but anyway, here's the unemployment fan chart. 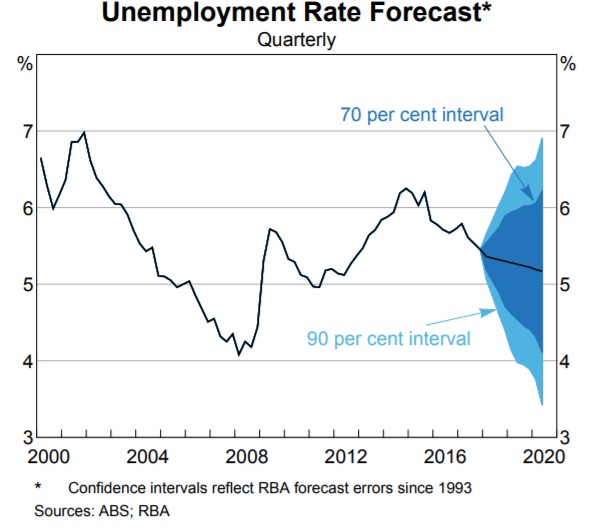 As for inflation, well that's still nowhere to be seen.

Presumably hay means the inflation target might be hit some time in the next decade. 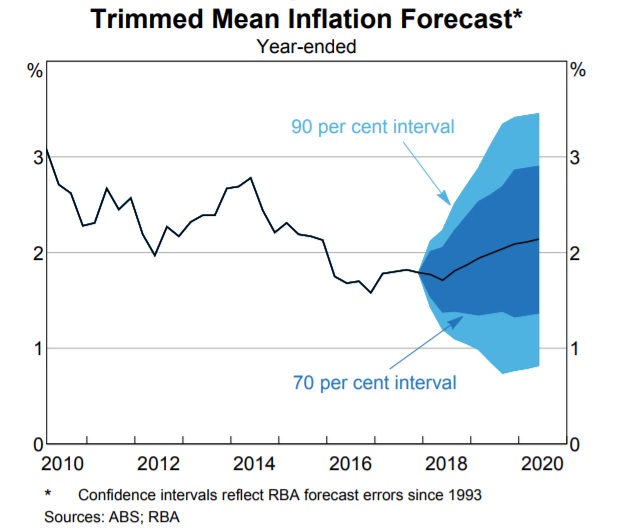 So much for imminent rate hikes - you can forget that.

Interestingly the monetary policy stance has been stimulatory for Sydney's economy, where the unemployment rate has already fallen to only 4.4 per cent. 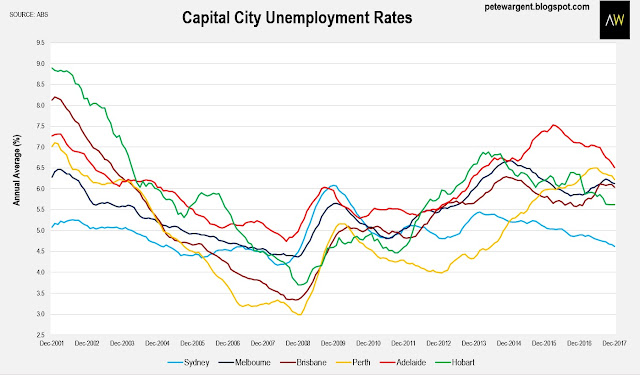 With interest rates not heading higher any time soon, that should mean wages growth returning to Sydney.