National residential listings fell by -4.8 per cent to 303,901 in January, as sellers enjoyed the sunshine and trotting off on their summer hols, according to SQM Research. 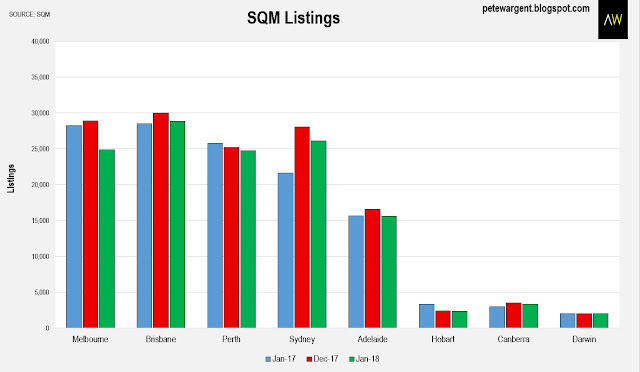 Despite the monthly decline, Sydney's listings at 26,150 are at the highest level since January 2009, being some +20.9 per cent higher than a year earlier.

For the first time in nearly half a decade, Sydney buyers will actually have some choice!

At the other end of the spectrum Melbourne listings are -11.9 per cent lower year-on-year, while Hobart listings have copped an absolute shellacking. 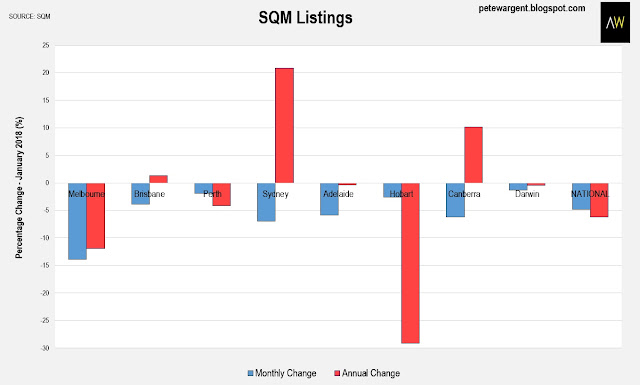 Hobart's housing market is now a buyer's nightmare with just 2,362 listings across the metropolitan area being some -29.1 per cent down from January 2017.

More strong price gains ahead for Hobart housing this year, then.

In most other capital city markets stock listings were relatively flat from a year ago.

"Looking forward, with interest rates still at low levels and a possible expansion in lending by the banks, we expect a year of modest prices gains in Sydney and most other capital cities."


Interestingly SQM is quite positive for Sydney's prospects in 2018, certainly more so than most other commentators. 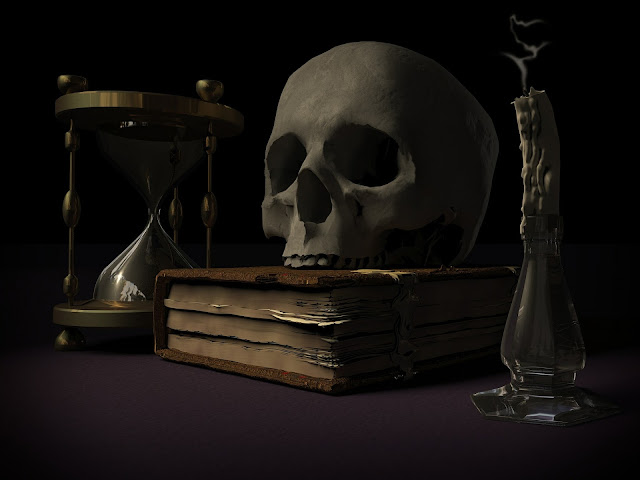