A range of factors have come together to kill the apartment construction boom in its tracks.

And some other stuff.

The truth is Australian residents finance the purchase of relatively few new apartments in the larger developments, so if investors aren't buying then it's difficult for developers to secure enough pre-sales to get projects off the ground.

At the last official count we saw that there were still around 152,000 attached dwellings under construction for the July to September 2017 period.

But that was months ago, and this is now.

By today in February 2018 the number of apartments under construction might already have nosedived by about 20 per cent, as a swathe of Sydney completions has hit the market.

And the latest building approvals figures suggest the downtrend is now locked in.

This may prove to be a plus for landlords as rental markets tighten, while Alex Joiner of IFM Investors notes an eyebrow-raising ~45,000 Airbnb listings in Melbourne and its surrounds, representing huge growth, which may in turn help to explain vacancy rates in the Victorian capital having nudged multi-year lows in 2017.

Meanwhile macroprudential measures may well mean that interest rates stay lower for longer (if construction employment begins to fall hard, the next move in rates may even be down, for the Reserve Bank of Australia is already missing both its inflation target - for more than two years now - and its full employment mandate).

Attached dwelling approvals dropped sharply by 39 per cent in seasonally adjusted terms in December 2017, from 11,247 to just 6,849, although this was partly a reversal of a record spike in Melbourne in the preceding month. 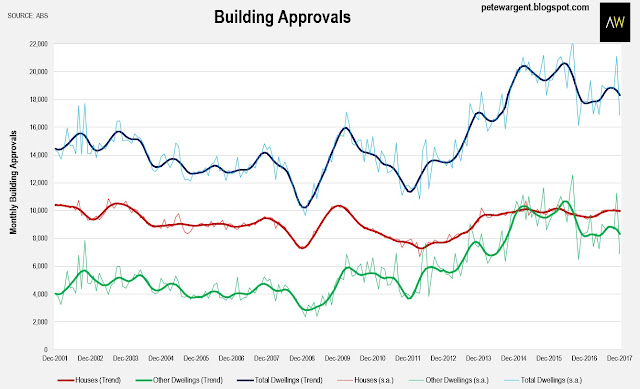 While Melbourne and Sydney apartment approvals will likely continue a downtrend from here, confidence in the maligned Brisbane apartment sector finally seems to have found a more sustainable base.

Melbourne attached dwelling approvals fell from a manic 6,304 in November to 2,766 in December, overwhelmingly accounting for the monthly decline.

Across calendar year 2017 Sydney and Melbourne accounted for the strong result in attached dwelling approvals at just under 36,000 and 32,000 respectively. 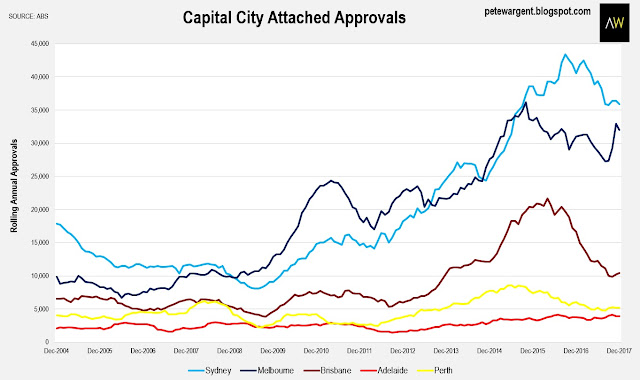 Meanwhile the trend in Brisbane house approvals is now the strongest in the country, alongside sprightly Hobart. 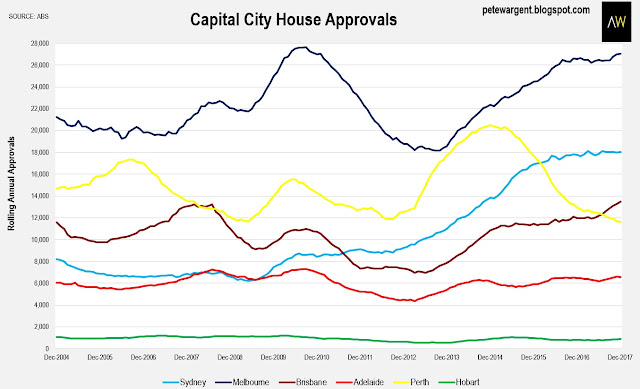 Hobart's housing market has been booming, and an overdue supply response is now reluctantly taking shape. 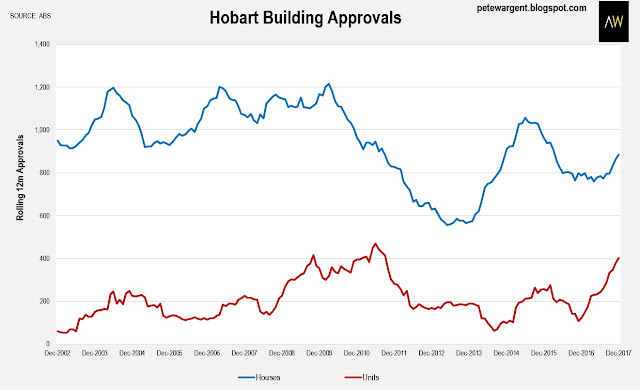 Overall 2017 was a stronger than expected year for approvals with more than 219,000 dwellings awarded a green tick, but the trend in high-rise approvals may well now resume its slide.

The townhouse sector of the market looks to be an increasingly solid performer, on the other hand. 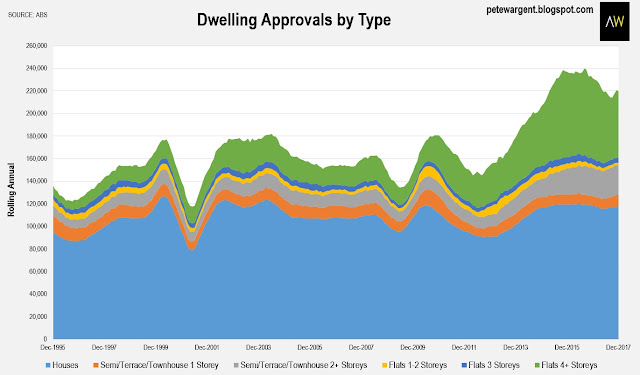 Despite the fall in residential building approvals, the impact on the economy may not be as great as once feared, with the trend in monthly non-residential approvals for New South Wales hitting its highest ever level at $1.3 billion in December, while Victoria's result was even higher still. 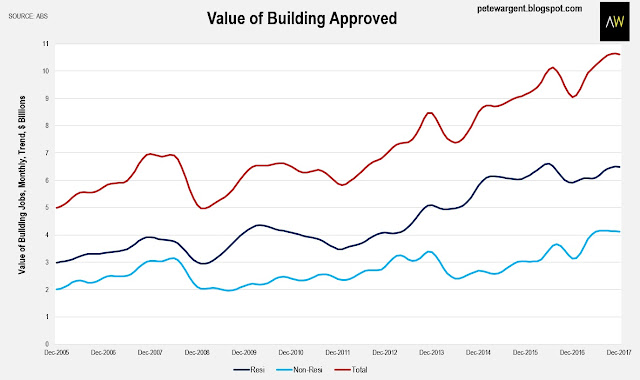 Non-residential approvals have been tracking at record levels, then, overwhelmingly driven by Sydney and Melbourne.

Nevertheless, the apartment construction slowdown will be the real trend to watch this year. 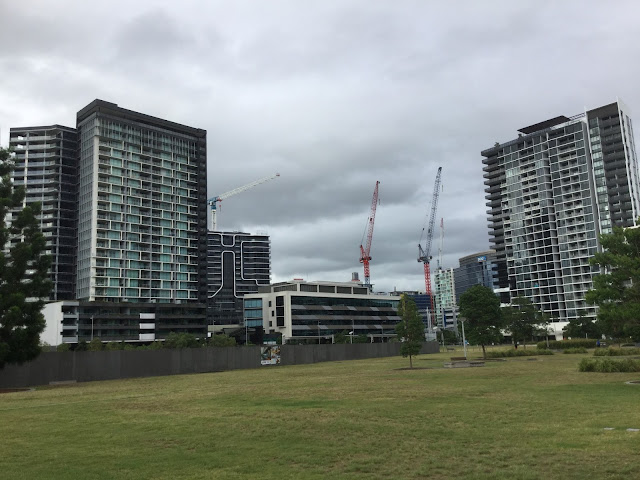