Wages growth up at a glacial pace

Wage prices increased by 0.6 per cent in the June quarter.

That was the best quarter since all the way back in March 2014, remarkably.

It was enough to pull annual wages growth reluctantly up to 2.1 per cent.

Around the traps the best performers were Victoria and Tasmania at 2½ per cent.


And the worst performers were Western Australia and the Northern Territory at 1½ per cent, reflective of the resources cycle.

Indeed, mining was the worst performing sector at 1.33 per cent, followed by retail at 1.46 per cent. 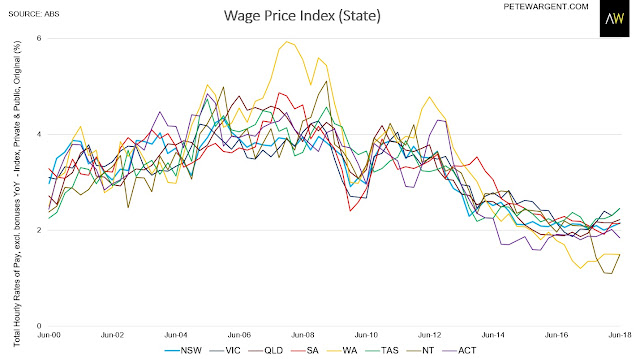 The best performing sector was healthcare at 2.74 per cent.

Melbourne is set to be the best performing economy going forward, with construction and job vacancies exploding.

Low wages growth is rather a global phenomenon.

For example, the ONS reported yesterday that the UK unemployment rate fell to the lowest level in my lifetime at 4 per cent, and yet wages growth is only moderate there too.

Slightly better then, but private sector wages growth was still very soft at 1.99 per cent (up from 1.78 per cent a year earlier).

That's well behind the public sector, which recorded annual wages growth of 2.41 per cent. 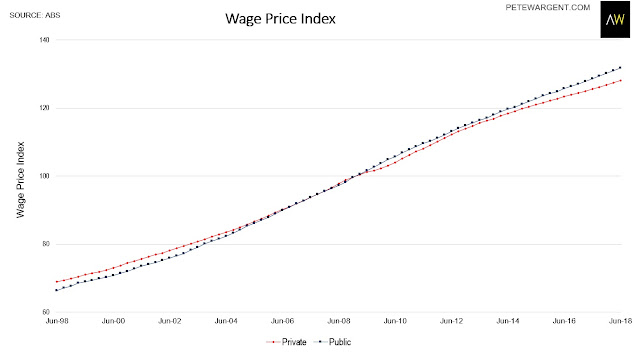 It's good that wages growth has picked up steadily as unemployment falls.

But there is a long way to go on this front, and the progress has only been gradual. 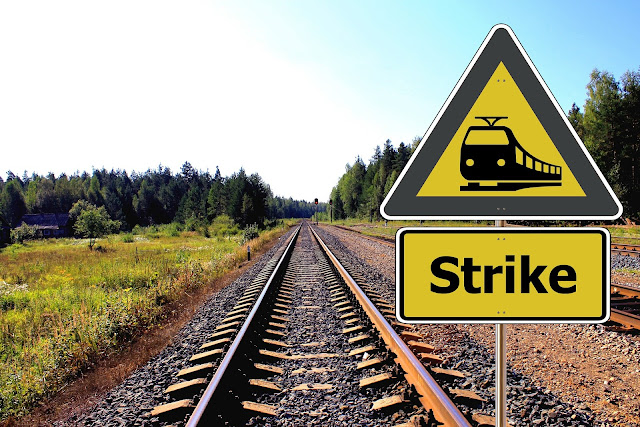