You might argue the toss over the classification of loans between investors and owner-occupiers, but the smoothed trend figures for total housing finance confirmed a continuing decline for an 11th consecutive month. 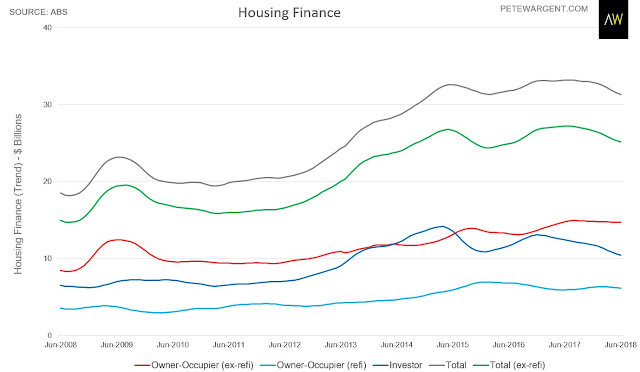 Housing finance tends to have a fairly good correlation with dwelling price action, though economists try a bit too hard on this point, curve-fitting charts with warped y-axes trying to prove a faultless correlation that doesn't quite exist.

There are more factors at play, of course, as the residents of Hobart, Geelong, or indeed many suburbs of Brisbane would attest.

The share of the stock of outstanding loans pertaining to investors continued to decline on the ABS numbers, broadly mirroring what has been reported by the Reserve Bank.

New South Wales has seen an ongoing trend decline in the number of owner-occupier commitments, with Queensland the only state to record an increase in the month of June (up 2.1 per cent).

Sydney's housing market downturn has now spanned 12 months, the same length of time as the 2008-9 downturn, and already longer than those seen in 1985, 1994-95 and 2015-16 respectively (hat tip to Cameron Kusher of CoreLogic for the stats).

One of the consequences of macroprudential measures has been to hinder markets that are already struggling.

In Western Australia the number of home loans dropped to 4,602 in June, the lowest figure since May 1995 (when the population of the state was 1.7 million, compared to 2.6 million today, as highlighted by Shane Wright of the West Australian). 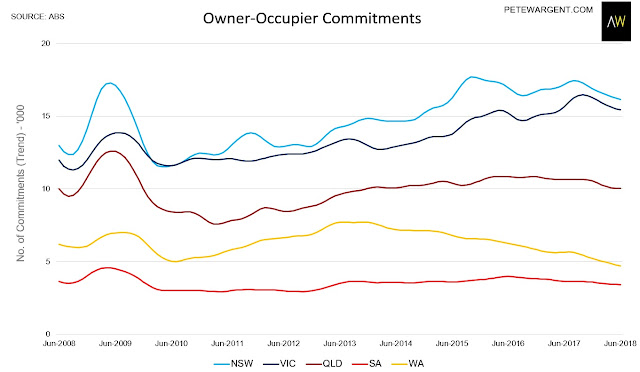 While some applications are clearly being knocked back, for borrowers of sound credit quality, there is robust competition from lenders.

Indeed, the average loan size remains 5.6 per cent higher than a year earlier.

First homebuyers accounted for more than 18 per cent of owner-occupier commitments, a 6-year high, with the average loan size at $349,800 the highest figure recorded for any month to date. 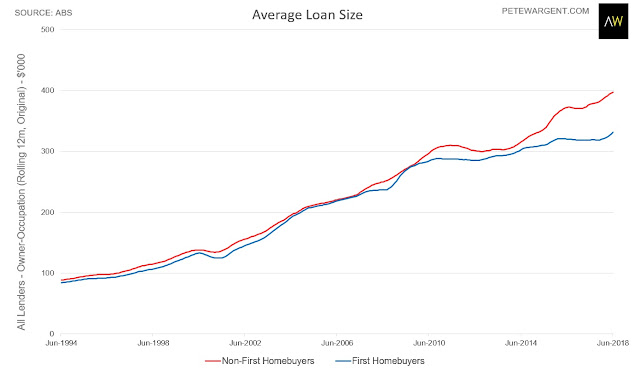 There was a sharp 4.9 per cent drop in the number of commitments for new dwellings.


A final point for today: Commonwealth Bank's release noted a loss of market share, a trend which is being echoed across the major banks.

The trend in non-bank lending on the other hand is benefitting entities such as Liberty Financial, Pepper, Firstmac, RESIMAC, and others. 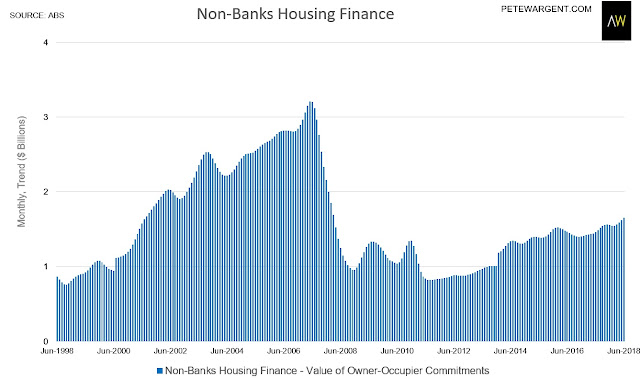 How long the tightness in lending persists is unclear, but it's all pointing down at the moment. 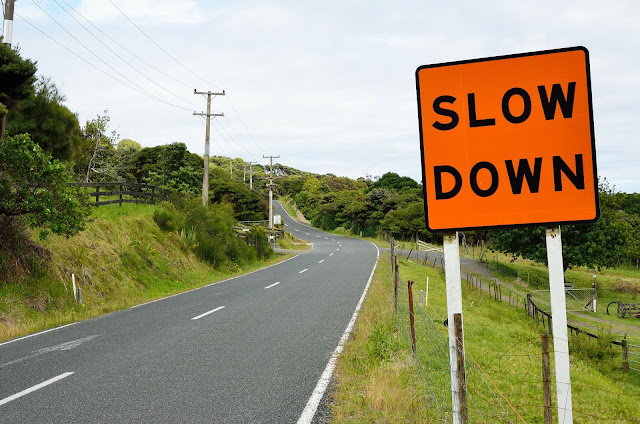