Retail trade beat expectations in rising by as a seasonally adjusted 0.4 per cent to $26.82 billion in June 2018.

Over the past three months retail turnover has been rising at an annualised pace of 5.4 per cent.

Over the year annual growth lifted from a moribund 2.5 per cent to a somewhat brighter 2.9 per cent. 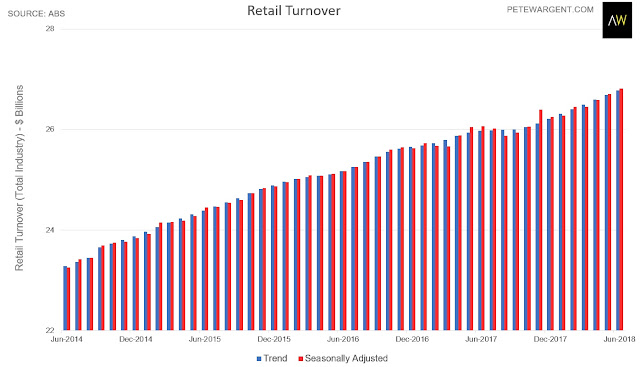 A couple of short observations here.

Interestingly volumes were strong over the quarter for department stores, which says something meaningful about the level of price discounting still around.

With net exports chipping in marginally, it's shaping up to a be another reasonably positive quarter for GDP growth.

There's a new GST on low value imports effective from 1 July, so that will support prices to some extent.

But with Amazon Prime lurking there appears to be very little prospect of inflation getting anywhere near the middle of the target range, this year...next year...the year after that...

Online retail continued to rise inexorably to contribute 5.7 per cent of retail turnover, up from just 4.1 per cent a year earlier.

That's an alarming rate of increase for the traditional retailers, and department store nominal turnover was thwacked again in June, falling by 1.23 per cent.

It's rather a case of adapt, evolve, compete or die! 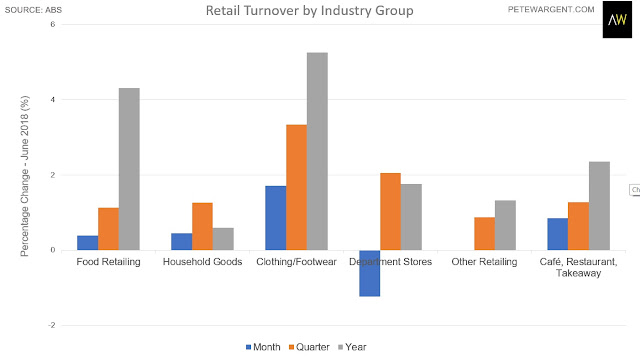 Unsurprisingly, Victoria was by far and away the strongest performing state year-on-year, with Tassie doing OK too. 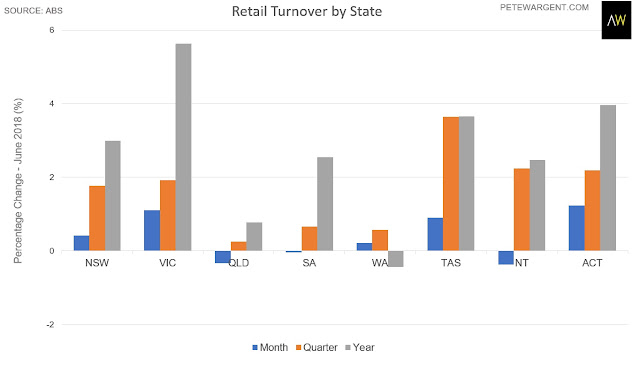 A third consecutive beat for retail, then, and a timely contribution to GDP growth is to be expected for the final quarter of the financial year to June.

In other consumption news, new car sales were down by nearly 8 per cent in July, with Holden sales declining to their lowest level in 70 years following on from factory closures (sales of the new imported Commodore are only a third of what they were for the old model a year ago).

While there's a recognised correlation between housing markets and consumption, some caution is warranted when interpreting these figures.

The small business instant tax write-off for asset purchases under $20,000 was due to be extended into this financial year, but since legislation wasn't passed before recess this tax benefit remains in limbo until Parliament resumes in 10 days time.

In other words, some small businesses may have deferred new purchases given that there's no certainty of assets purchased post year-end attracting the instant tax write-off.

Alternatively, I could be wrong.

Tell ya two months from now. 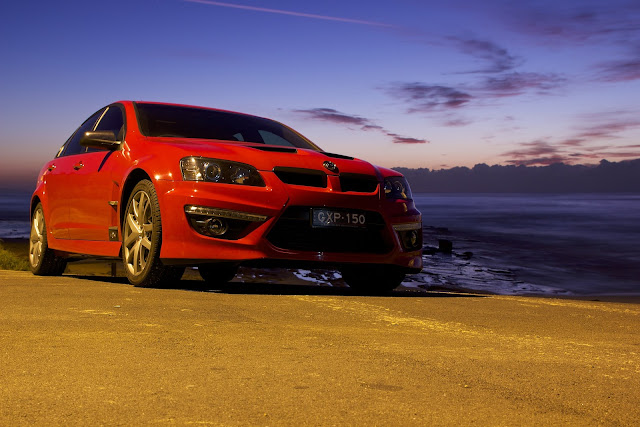